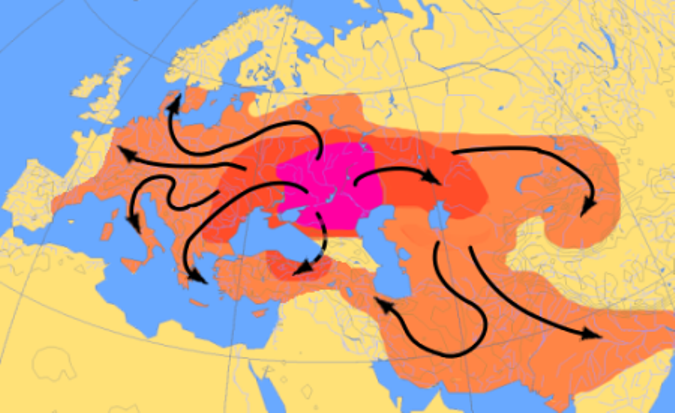 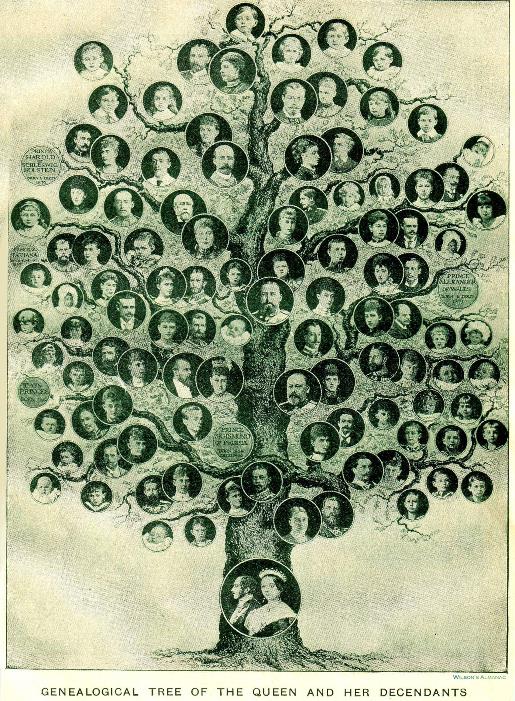 People want to know from where they came. Adopted children yearn to know their biological parents. The middle aged middle class are willing to invest time and money to discover their roots. Family tree research drives a flourishing ancestry industry. Companies such as Ancestry.com LLC provide access to genealogy databases in Australia, the United States and other countries.1

People want to know more than the identity of their parents and grandparents. Genealogy companies often provide analysis of ethnic origins based on genetics. A leading example is 23andMe Inc.2 Customers send in a sample of saliva, and the company reports back with information about their racial mix, the percentage of ancestors who evolved in East Asia or Europe or Sub-Saharan Africa or elsewhere. They can even tell how much Neanderthal ancestry someone has. It does not involve ‘measuring arm length’; genetic analysis can be more precise. It can tell from which part of Asia or Africa or Europe you come.

The abiding fascination with origins is what a traditionalist would expect. Despite decades of indoctrination in ‘progressive’ values of ultra-individualism, consumerism and universalism, people apparently want to know about their ancestors. If ethnicity really were ‘socially constructed’, why has deconstruction failed to eradicate the last vestige of descent-mindedness? Human nature triumphs again, even if stripped of the rich cultural heritage that should be standard in school curricula. 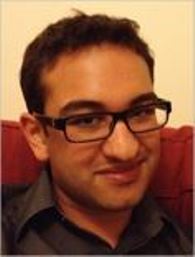 Iain Mathieson, post-Doctoral fellow at the Harvard School of Medicine.

The implications are deeper. Belief in descent from common ancestors is a stubborn component of ethnic and national identity. This is also an important factor connecting ethnic and national identity with cohesion. Indeed, part of the definition of ethnicity and nationality is that they bring a degree of solidarity. This helps explain why identity is such a vital component of society and politics, all the more relevant in the present era when the once stable nations of the West are descending into chaos as a result of the top-down imposition of ethnic diversity through mass immigration.

In the past, beliefs about ancestry were passed down within families. Literary cultures added documentation to the store of genealogical knowledge. Now we have genetics. A major piece of ancestry research has been recently published in the science journal Nature.3 The paper, “Genome-wide patterns of selection in 230 ancient Eurasians” has 38 authors, the first being Iain Mathieson, of the Harvard School of Medicine.4

Mathieson and colleagues broadly confirm Gregory Cochran and Henry Harpending’s ideas about accelerating genetic change in their book, The 10,000 Year Explosion: How Civilization Accelerated Human Evolution.5 The new research compares 230 genomes recovered from the bones of Eurasians who lived between 5,600 and 300 BC. Samples were drawn from Europe, the European steppe in what is now Russia, and Anatolia in what is now Turkey, since then colonised by a Turkic population from Eastern Eurasia. The ancient Anatolian population is important because it was the source of early farmers who migrated to Europe, bringing agriculture to region that had lived by hunting and gathering for tens of millennia. This new interpretation is slightly different to the earlier view was that the farmers came from the Near East – Syria and Iraq. 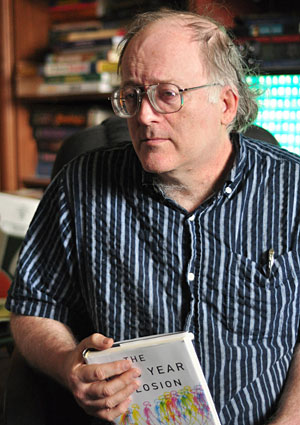 There were distinct and identifiable populations well before 5,600 BC, which then moved and evolved (evolution in this sense does not mean one species changing into another, but genetic change).

Earlier research, summarised by Mathieson and colleagues, indicates that indigenous Europeans (colloquially known as ‘White’ people) are a mix of three ancient populations: western hunter-gatherers (WHG) who had occupied Europe for at least 35,000 years; early European farmers (EEF) who began entering about 8,500 years ago (only a thousand years before the first DNA sample was laid down); steppe pastoralists (Yamnaya) who entered about 4,500 years ago from Russia. While all European populations show this admixture, the proportions vary. The earlier view was that incoming farmers almost displaced the indigenous hunter gatherers, but genetic assay data show that the genes of hunter-gatherers and step pastoralists are well represented, especially in Northwestern Europe. Some useful graphical presentation of the findings can be viewed at the Daily Mail Australia online.6

Mathieson and colleagues identified twelve genetic signals of natural selection, including the following.

The strongest signal was for genes coding for digestion. One was a gene for lactase tolerance, allowing digestion of milk beyond childhood. This is probably an adaptation to the change in diet that occurred when cows were domesticated, about 4,000 years ago in Europe. Two other genetic signals seem linked to the digestion of cereals and did not become common in Europe until recently. There appears to be an association with coeliac disease, the inability to digest gluten found in wheat, rye and barley. 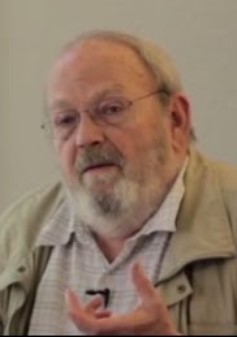 Two genetic variants identified code for light skin pigmentation. One appears to have risen from low to high frequency in Europe due to natural selection, the other due to its being introduced by migrating farmers from Anatolia. Before then European hunter gatherers had darker skin. Light skin boosts production of vitamin D needed for bone development. It was once thought that the low light in northern Europe selected for the fair skin seen in modern populations. However, hunter-gatherers would have received sufficient vitamin D from meat and fish. It is now thought that very light skin was selected by the low-vitamin D diet of early agriculture.

In contrast to skin, light eye colour was ancient to Europe. Mathieson and colleagues found that all the hunter-gatherer specimens carried the major gene variant for light eyes. They postulate a complex pattern of environmental selection, because in modern Europeans the frequency of light eyes increases with latitude.

Genetic change was also found in genes coding for disease resistance, perhaps against leprosy, tuberculosis and other bacteria. There were seven sites being selected on a part of the genome responsible for disease resistance, the Major Histocompatibility Complex (MHC), found on the sixth chromosome. In The 10,000 Year Explosion Cochran and Harpending speculate that farmers came under selection for disease resistance because of contact with microbes carried by farm animals. 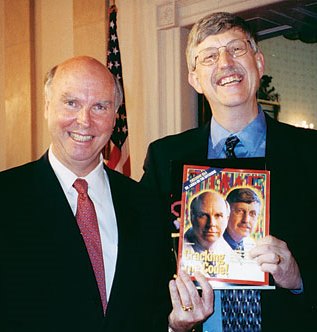 These findings should not be taken as the last word on European genetic origins. For example, the paper fails to mention climate as a possible cause of height difference. Larger body size is one adaptation against cold, and might have contributed to greater height in Northern Europe. The proportion of ancestral populations might change in future estimations.

Despite human genetic being in flux, a picture is emerging of how racial and ethnic differences evolved. Outward signs, such as skin and eye colour, have become markers of shared ancestry in a world of increasing contact between the races. There are other differences, for example in the immune and digestive systems. And whatever their precise origins, millennia of intermarriage have homogenised local populations which gene assay data show have substantial kinship between members.7

Important results keep flowing from geneticists. These are ignored by the sociological sciences but often reported by the media, who know how interesting the subject is to the public. A useful compendium of results from recent decades comes from Nicholas Wade, previous science writer for the New York Times. His A Troublesome Inheritance: Genes, Race and Human History,8 has attracted passionate objections from academics, a sure sign that Wade has revealed some inconvenient truths. The same passion is never directed at the manifold lies and distortions underlying multiculturalism and replacement-level immigration. 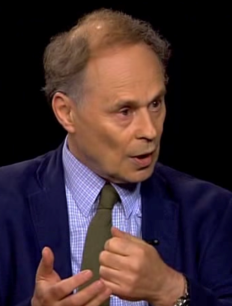 Nicholas Wade, former staff writer for the Science Times section of The New York Times, author of “A Troublesome Inheritance”.

The Mathieson paper is a product of Big Science, dependent on funding from government and corporations and therefore more vulnerable to political bias than isolated lone researchers. Nevertheless, the results contradict the mantra of the soft social sciences, that humans are uniform and interchangeable. The highly developed methods of hard sciences such as genetics tend to keep political bias out of empirical results. In sociology, cultural anthropology, women’s studies, and political science, bias often infects data and theory. But in the hard sciences that is less common. Bias is usually limited to choice of subject, interpretation of the data, corruption, fraud, and public relations.

When Francis Collins, head of the Human Genome Project, and Craig Venter, head of the genetic company Celera Corporation, stood beside President Bill Clinton to announce the sequencing of the first human genome, they were playing a political role. That is why Venter proclaimed at that event: “The concept of race has no genetic or scientific basis”. That was not a scientific but an ideological pronouncement. Physical anthropologists and psychologists had amassed evidence to the contrary many years before.9 Geneticists are little different from exponents of the soft social science when it comes to politics. But because genetics is real science it produces facts that sometimes gibe with the researcher’s prejudices.