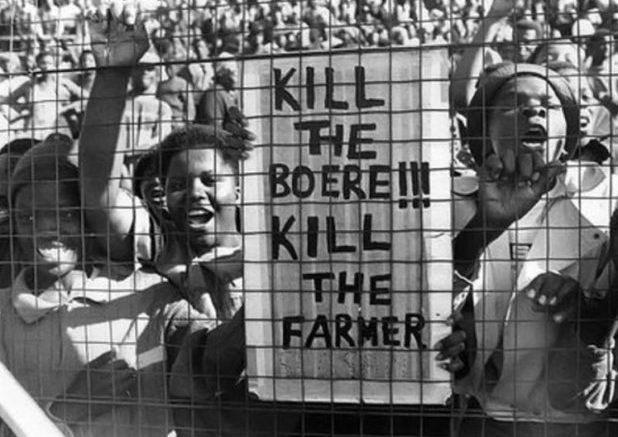 Several recent events have highlighted the increasingly influential role that identity politics have played in shaping the West’s cultural and political discourses. While the only voices of lamentation seem to be coming from mainstream conservative quarters, the momentum behind the trend of ideological tribalisation does not show any signs of waning anywhere else: whether it’s the continually metastasising political left or the growing confidence of ethnic and other subcultures ensconced throughout the West, nobody seems to be listening to the appeals to individualist fair-play. One explanation – perhaps the most obvious – is that in today’s political climate that appeal has become a call to unilateral disarmament, and the triumphant don’t listen to calls for surrender. 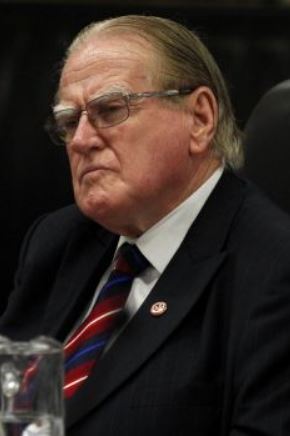 Despite our relative isolation, Australia has played an important, if not leading role in addressing the plight of the white and Boer farmers of South Africa. A substantive debate about this issue was commenced by Rev Fred Nile, the leader of the Christian Democratic Party in the NSW state Upper House on 15 March and later 17 May this year.1 That debate concerned a motion that condemned the apparent bigotry of the African National Congress government and its allies, and called on Australia to use its diplomatic clout to raise the issue in the international arena.2 No other Parliament of the Commonwealth hosted a discussion on this topic to the depth of Rev Nile’s submissions.3 The media, however, was completely silent about the proceedings, and that silence extended to 16 August this year, when the motion successfully passed without a division in the House.4 The question that naturally comes to mind is: why the silence?

In contrast, talking-heads in the US have recently been forced to address this issue, though their attitudes could hardly be described as anything other than malicious. Much to the chagrin of his committed detractors, a recent tweet from President Donald Trump concerning the treatment of South Africa’s farming community has raised the public’s awareness to an issue that many in the mainstream media have spared no effort to keep hidden from widespread inquiry. Notably, critics showed greater frustration at the President’s identification of the victim group as “white” than any alleged inaccuracy in the claim that a genocide was being perpetrated in the Rainbow Nation. That the events surrounding the farmland murders indeed qualify as a “genocide” was largely the subject of Rev Nile’s submissions, which addressed the relevant international law applied to the nature of the crimes being committed. While the law cannot be denied, the evidence can be explained-away by apologists for the government of Cyril Ramaphosa, and that is exactly what we witnessed. 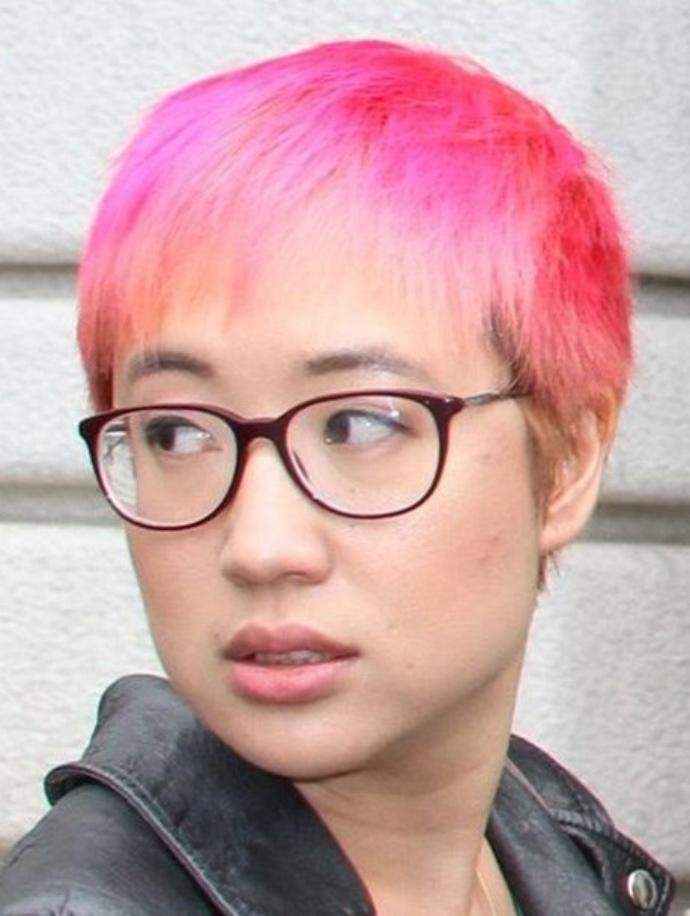 This controversy fits neatly into an atmosphere saturated by the “anti-white” reflexes of present cultural elites. The recent appointment of Sarah Jeong to the editorial board of the New York Times is a case on point. Jeong is a Korean-American political radical whose Twitter feed remains peppered with calls to “cancel white people”. She has repeatedly declared her delight at the misery of white men in particular and the decline of their culture. It is trite to suggest that such tweets, if the races were to be reversed, would result in a suspended account and almost certainly the destruction of reputation and career. Here, however, they were welcomed with promotion to a prestigious paper of record. The feeble defence offered by her supporters as well as her new employer (and evident advocate) was that the comments were an expression of truth-to-power by a representative of a disenfranchised group. While the anti-racist convention could not be denied, here the evidence against a favoured party is likewise simply explained-away. 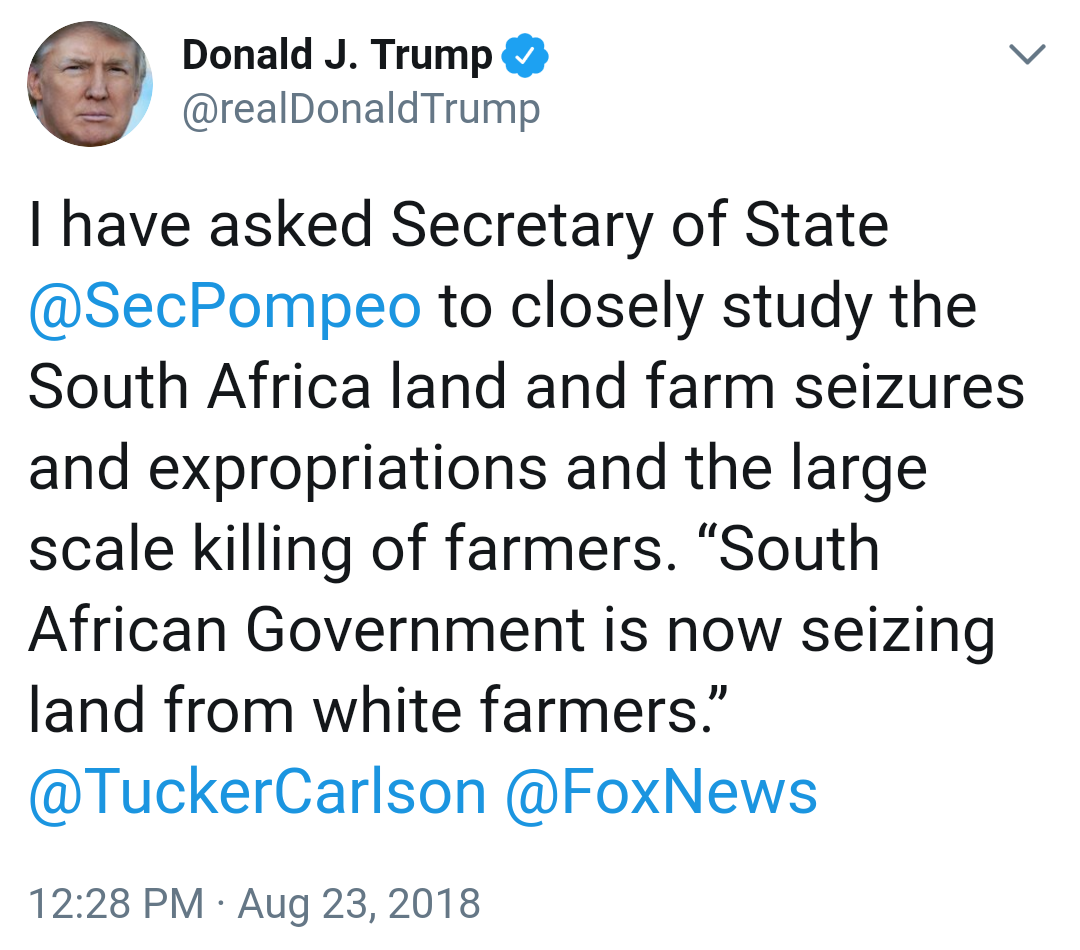 But is it really such a mystery that Jeong would be described in these terms, even as a Harvard graduate, member of an economically more successful ethnic group within the US who is now working for a major media organ and enjoys the establishment’s support and succour? In the eyes of the present Moral Order, there is no absolution if one happens to be on the bottom of the Cultural Marxist hierarchy. It matters not whether one in fact has any actual economic, cultural or political power. All that matters is who and what one is. The words of Julius Malema leave no room for misinterpretation and misunderstanding. Likewise, no amount of relative advantage will deny Sarah Jeong the privilege of victimhood, as she berates the Unperson from upon high while he is forced to cower in fear of giving offense. In both cases, the target is legitimised as Oppressor.

Obviously, this ideological progressivism has been wedged by the fact that the persecuted group in South Africa is a racial minority that does not fit liberalism’s acceptable victim narrative. The realisation that the Unperson is now under the heel explains the political establishment’s embarrassed silence; it also accounts for the string of nervous denials by journalists whose investigations do not go far beyond treating the word of the accused as unimpeachable evidence of innocence. The response to the crisis therefore illustrates three things: the hypocrisy of those who are ordinarily vocal about human rights issues, the inherent bad faith – and even vindictiveness – with which they approach the issue of race relations in the twenty first century, and lastly, the ineptitude of those who cannot face the ugly reality of what is occurring on the pillaged farmsteads before their very eyes, if only they were to look. 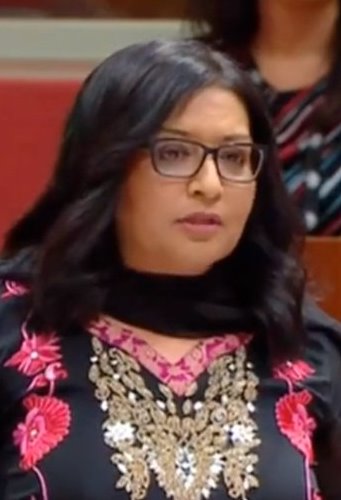 Of course, this criticism applies equally to the much vaunted “sensible centrists” who prefer to dress their protestations in the rhetoric of universal human rights only, without pointing out exactly who is in the cross-hairs and why. It represents an intentional ignorance of the perpetrators’ core motivations. That strategy is weak and doomed to failure because it sits within the left’s rhetorical framework and is therefore susceptible to its moral shaming and eventual censorship; it also does nothing to mitigate the vulnerability of the targeted group by implicitly denying the existence of the target group as a group. It is, effectively, only slightly less corrosive than the outright racialism of Jeong and other members of the Cult of “Kill Whitey”; and let the reader be under no illusions that this cult is well represented in the debating chambers of Australian electoral politics as well.

Recently elevated into the Commonwealth Senate, Greens member Mehreen Faruqi was quick to denounce “white privilege” in her Maiden Speech shortly after tweeting a black power symbol at her colleague, Senator Fraser Anning. Meanwhile, Senator Anning continues to be pilloried for stating obvious historical truths about the nation’s civilizational antecedents and its right to preserve them. This moral inversion has warped discourse in the public square and made a mockery of any calls to civility. The day the South Africa motion was passed in the NSW Parliament, one single solitary Member – Linda Voltz of the Labor Party, of course – opposed it on three grounds: the first was that she disputed the figures, second, that other instances of genocide are occurring elsewhere, and finally that the motion didn’t address violence against women.5 Really, this champion of social justice and human rights spoke against a motion that condemned racist violence. 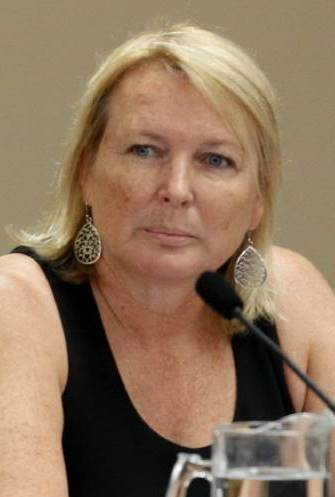 The intellectual feebleness of her opposition is remarkable, but not unexpected. The fact that the numbers of victims are disputed was acknowledged and examined in detail by Rev. Nile, with reference to the cultural left’s own information and sources. Either way, why would the occurrence of other genocides be used as an excuse to argue against condemning this one? Voltz may be interested to know that many of the victims of the plaasmoorde are in fact female – or perhaps they too do not count for being members of an unapproved victim group? In our circles, we constantly hear rumours and reports of a “right faction” in the governing Liberal Party. So where was it in the NSW Upper House that day? Dr. Peter Phelps, the state’s highest ranking Libertarian in public office sat in the back benches in silence. Others who readily show a passionate interest in justice issues were likewise mute. Would they be at a loss for words if the victims were indigenous Australians, or women, or “refugees”, or sexual eccentrics?

The controversy surrounding Sarah Jeong illustrated a cultural dynamic that bears striking similarity to the establishments’ response to the South Africa situation. The arrogance of a Faruqi and the ethnomasochist solipsism of a Voltz both show that this dynamic exists in our own political culture. What is occurring to the Boers is therefore a proxy-issue for what we are experiencing here. Whether cardigan-conservatives like identity politics or not is irrelevant. The politics of identity is coming for them, with maximum prejudice, and with no hope of redemption for Unpersons, of which they are firmly counted as members. The sooner they accommodate to these changing environmental conditions, the better they will be equipped to deal with those who wish to undermine, overturn or just plain obliterate the civilizational ark in which we dwell.

The Demise of Being Independent

Quote of the Week: Kenneth Pickthorn