The more perceptive of our readers may have noticed our recent recommendation of the first book authored by neoreactionary Chris Bond, who is perhaps best known by his blogging name “Reactionary Future”. The book, Nemesis,¹ focuses on what Bond calls the Jouvenalian theory of political order, taken from Bertrand de Jouvenel’s 1945 thesis On Power: Its Nature and the History of its Growth (translated into English in 1948).² The basics can be essentially described in the following terms: In any given political order, the central power, or the ‘high’, in the interest of disintermediating its own subsidiaries (or the ‘middle’) to further centralise their control of the polity, offers ‘freedom’ to elements of the ‘low’, leading them to transfer their loyalty to the high power rather than the middle powers. The basic pattern already has currency with the broader dissident right, where it is often known by the phrase ‘the high and low versus the middle’, or HLvM. Once the theory can be understood it can be seen everywhere in today’s world. 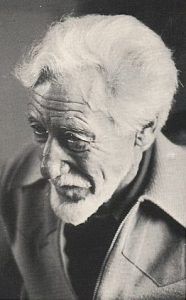 Bond uses the theory to explain historical circumstances as diverse as the political development of Ancient Greek political thought, the success of Protestantism against Catholicism in Northern Europe and the rise of the Civil Rights movement in the US. It becomes readily apparent that the remarkable rise and growth to dominance of modern Western liberalism was, in large part, due to its unparalleled ability to provide greater and greater levels of moral-rhetorical cover for an immense centralisation of the state apparatus in the West. The theory allows a radical reappraisal of the history of political thought and may prove to be as far-reaching in its intellectual influence as that other great structuralist/materialist theory, Marxism. For readers who would like more information on how the theory has been applied historically, and how it can also be used to navigate the seeming chaos of post-modernity, HLvM was discussed in considerable depth by the author in an interview last year at Interregnum.³

The book is published by a new, Australian-based publisher, Imperium Press which has assumed an ambitious program to print new and classic works from the reactionary, traditionalist and illiberal traditions. Apart from Nemesis, Imperium has already released a reprint of Homer’s Iliad with an introduction by Ricardo Duchesne explaining the epic’s importance in the context of the Indo-European tradition. We here at the Sydney Traditionalist Forum support all efforts to connect all Australians, Westerners and indeed, non-Westerners with the great Tradition as it has been handed down to we few privy to its riches. We also support all efforts to help unravel the intellectual maze into which liberalism has thrust all the peoples of the world. To these ends, therefore, we heartily recommend both Nemesis and Imperium Press to our readers. 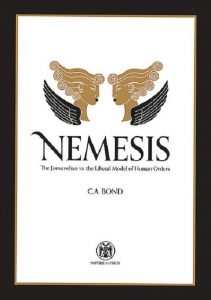 Finally, it’s worth reflecting on the issues raised by the Jouvenalian theory and its implications for the mission of the Sydney Traditionalist Forum. While the theory offers a tantalising level of clarity in analysing both modern and historical political developments, it offer a maddeningly paradoxical path forward: recognising that most on the political right would be classified under the Jouvenalian schema as part of the Subsidiary or Middle stratum, the logical path would seem to be somehow join with the High/Centre, as the historical record of those Middle elements who tried to resist centralisation is, to say the least, not particularly good. But how then to maintain the cultural attachments which cannot be betrayed, but at the same time, indelibly mark us as members of the Middle? Is there any opportunity for the Middle to wrest control of the state and overcome the Jouvenalian churn which is destroying everything rooted and sacred at an increasing clip? Mr Bond has suggested recently that those of us on the right need to find ways to assist the coming waves of centralisation in a way that can maintain the rights of the Middle.

Whatever the answer, the Mission of the Sydney Trads remains the same. There can be no successful path forward while we have a rightist movement built on the philosophical foundations of liberalism, nor while the standard response of the “conservative” to attacks from the left is to roll over and beg forgiveness for their existence, in the hope that the frequent beatings will be occasionally rewarded with a pat on the head. Only when we have political leaders from the right who are not afraid to breathe fire, to offer a vision away from the dead hand of liberalism, will any kind of escape from the Jouvenalian trap even be possible. And so we shall continue to do in 2020 and beyond what we have done since our founding in 2012: to take the intellectual fight to the left, but more importantly, to purge the right of liberalism, egalitarianism, soft-headedness and soft-spinedness. Strong minds and strong hearts will continue to be the order of the day.

Pierce McNamara is a student of politics and social anthropology with an interest in traditionalism and the evolution of political theory.

Quote of the Week: Slavoj Žižek, “The Sublime Object of Ideology”