Maybe from all your mental somersaults will come a system that will satisfy you in the realm of pure signs, but it will be a system without any application: it will always be a vacant building without life or tenants, and that’s where you’ll die, in a sterile void.¹

The framework of human reality is defamed by social and political engineering, creating the illusion on unsuspecting people that reality is malleable by what is trending. The latter is the stuff of postmodern neo-Marxist ideological theater – fiction’s deadliest and most virulent sub-genre. However, in the long run the structure of human reality – what generations ago wise people understood as the human condition – refuses to be tamed. The coronavirus pandemic has proven that reality is stranger and deadlier than literary fiction, though not ideological fiction.

During its heyday science fiction was enthusiastically granted its indulgence in the fantastic. There is no harm done in exercising the imagination. Many animated examples of the latter are found in space opera, the sophomoric but harmless world of make-believe that aims to conquer outer space. Movies depicting Flash Gordon doing battle with alien beings and magazines like Galaxy Science Fiction entertained young people throughout most of the twentieth century.

Science fiction thrilled young readers before WWII, and throughout the Cold War – the birth and height of the promising space age. By 1980, the cable television industry began to clip the wings of the imagination of Western youths. The golden age of space opera lasted from the 1930s to the 1950s. Lamentably, the world has long been deprived of innocence with the advent of social and political engineering as a way of public policy. No aspect of daily life has been left unscathed by postmodern social and political engineering in Western democracies. 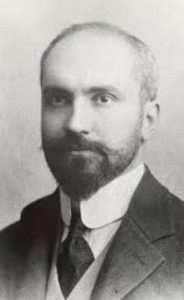 Given the lasting damage that has been done to the imagination and innocence by politicizing human existence, what morsels of the human condition remain for thoughtful people to cultivate? Postmodernity is a brave new era, when rabid totalitarian ideologues unleash pandemics out of spite or as another example of Marxism’s ends justifying the means. It is morally alarming that postmodernism has made it convenient for communism to rule ferociously well into the twenty first century, the era of the Internet and mass communication.

Apparently, not much has been learned from the Cold War and communist crimes committed against humanity during the twentieth century. This costly ignorance of history has been passed down to subsequent generations as the banner of postmodern toleration. The Spanish philosopher, George Santayana, was correct, and it merits repeating that, “those who do not remember the past are condemned to repeat it.”

Is it realistic to expect – circa 2020 – that Western culture will witness a corrective in the near future to postmodernism’s attack on the structure of reality and the human person? That is the hope of people of good will. Good will, we should not forget, is the staple ingredient needed for intellectual honesty to flourish, especially in democratic nations. One impediment to the hoped-for corrective to postmodernism’s tyranny is that postmodernism has all but destroyed the template of the values that forged Western culture; it has atrophied the human psyche through a blitzkrieg of moral and spiritual dumbing down and banality.

Postmodernity is replete with examples of values that have been stripped bare and as a consequent collapsed. Postmodernism is fueled by the destruction of Western values because postmodernism has tapped into the darkest regions of human nature. A corrective, if it is to take place, must take cultural anomaly head on and expose the catalog of its many failures. This is tantamount to dismantling postmodernism and its attendant worldview.

The hoped-for corrective to postmodernism’s destruction of Western values asks, whether postmodernity – under the banner of Marxist-guided deconstructionism – has already stripped itself bare or is it merely initiating the process? This is the old adage of how far one can walk into a forest? The answer is not so obvious: to the middle. After that, one is coming out.

The abuse of power by morally wicked elites in Western democracies is tipping the scale of justice in favor of political anarchy, to be followed by tyranny. Postmodernism has imprisoned Western culture in a dark, socio-political forest. Today Western culture is being challenged to identify the tipping point between healthy innocence and the stripping of reality to its functional limit – the fall that comes from arrogance.

The effects of postmodernism’s destruction of Western culture can be identified in several ways. One of these is the negation of the absolute, where only a morsel of reality is left to represent the whole. From the negation of the whole, arrogance tries to construct a finite, throwaway world of relative values, institutions of conspicuous artificiality and disposable people.

Postmodern social and political engineering counts with the destruction of the absolute for its success. How else is the kingdom of messianic relativism to be established on earthly soil without respect for transcendence?  In order for socio-political engineering to become consecrated as dogma and affected bureaucracy that poses as humanism, no semblance of transcendence, the sublime and the hierarchy of values must be left standing.

Imagination and innocence are anathema to this process of artificial reëngineering because these are pre-political ways of being. Imagination affords the human person the opportunity for moral and spiritual growth, and renewal; innocence the freedom to mature at a pace that permits individuals to incorporate the demands that life makes on us and still leave room for contentment. Contrary to this, social or political engineering must castrate the imagination and replace it with praxis, if it is to succeed in converting imagination and innocence into “committed” radical ideology.

The loss of imagination and innocence explains why the totalitarian impulse is strong in people who have not learned from history. This also clarifies the embrace of socialism by people who are ignorant of history. This is what the many variants of communism and socialism in postmodern Western democracies mean by “everything is political.”

“Establicons” Turning Away from Coalition?

Be the first to comment on "Imagination, Innocence and Postmodernism"