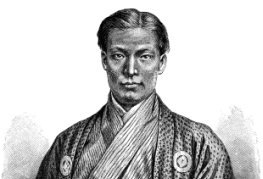 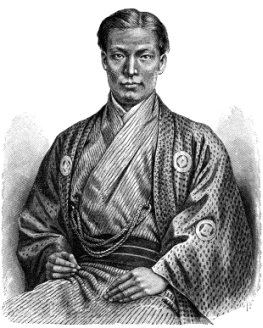 “According to a certain person, a number of years ago, the late Matsuguma Kyōan told this story:

“In the practice of medicine there is a different treatment according to the Yin and Yang of men and women. There is also a difference in pulse. In the last fifty years, however, men’s pulse has become the same as women’s. Noticing this, in the treatment of eye disease I applied women’s treatment to men and found it suitable. When I observed the application of men’s treatment to men, there was no result. Thus I knew that men’s spirit had weakened and that they had become the same as women, and the end of the world had come. Since I witnessed this with certainty, I kept it a secret.

“When looking at the men of today with this in mind, those who could be thought to have women’s pulse are many indeed, and those who seem like real men few indeed. Because of this, if one were to make a little effort, he would be able to take the upper hand quite easily. That there are few men who are able to cut well in beheadings is further proof that men’s courage has waned. And when one comes to speak of kaishaku, it has become an age of men who are prudent and clever at making excuses. Forty or fifty years ago, when such things as matanuki were considered manly, a man wouldn’t show an unscarred thigh to his fellows, so he would pierce it himself.

“All of man’s work is a bloody business. That fact, today, is considered foolish, affairs are finished cleverly with words alone, and jobs that require effort are avoided. I would like young men to have some understanding of this.”

▪ Yamamoto Tsunetomo (William Scott Wilson, trn.), Hagakure – The Book of the Samurai (originally published circa 1716; Shambala, 2012) extract from pages 9 through to 10 of the 2012 edition.

1 Comment on "Quote of the Week: Yamamoto Tsunetomo, “Hagakure”"