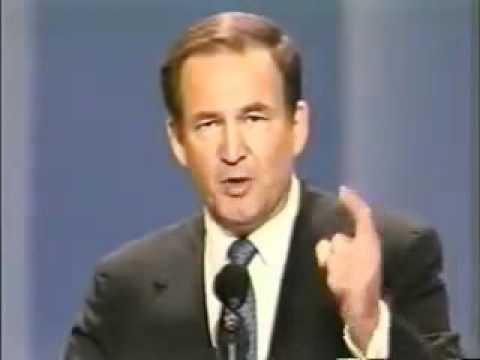 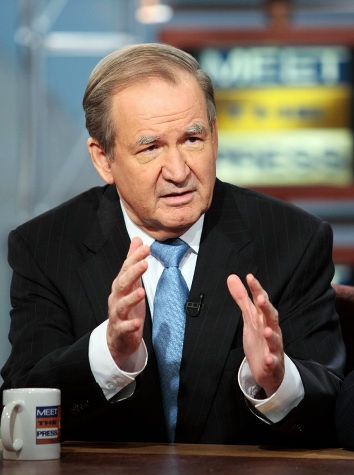 “There is a religious war going on in our country for the soul of America. It is a cultural war, as critical to the kind of nation we will one day be as was the Cold War itself.

“My friends, even in tough times, these people are with us. They don’t read Adam Smith or Edmund Burke, but they came from the same schoolyards and playgrounds and towns as we did. They share our beliefs and convictions, our hopes and our dreams. They are the conservatives of the heart.

“They are our people. And we need to reconnect with them. We need to let them know we know they’re hurting. They don’t expect miracles, but they need to know we care.

“[…] the saddest days were the days of the bloody riot in LA, the worst in our history. But even out of that awful tragedy can come a message of hope.

“Hours after the violence ended I visited the Army compound in south LA, where an officer of the 18th Cavalry, that had come to rescue the city, introduced me to two of his troopers. They could not have been 20 years old. He told them to recount their story.

“They had come into LA late on the 2nd day, and they walked up a dark street, where the mob had looted and burned every building but one, a convalescent home for the aged. The mob was heading in, to ransack and loot the apartments of the terrified old men and women. When the troopers arrived, M-16s at the ready, the mob threatened and cursed, but the mob retreated. It had met the one thing that could stop it: force, rooted in justice, backed by courage.

“Greater love than this hath no man than that he lay down his life for his friend. Here were 19-year-old boys ready to lay down their lives to stop a mob from molesting old people they did not even know. And as they took back the streets of LA, block by block, so we must take back our cities, and take back our culture, and take back our country.”

Quote of the Week: Francis Fukuyama, “After the Neocons”

Be the first to comment on "Quote of the Week: Patrick Buchanan, “1992 Republican National Convention Speech”"