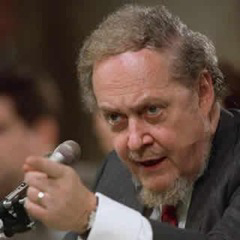 “The judicial adoption of the tenets of modern liberalism has produced a crisis of legitimacy. Contrary to the plan of the American government, the Supreme Court has usurped the powers of the people and their elected representatives. We are no longer free to make our own fundamental moral and cultural decisions because the Court overseas all such matters, when as as it chooses. The crisis of legitimacy occurs because the political nation has no way of responding. The Founders built into our government a system of checks and balances, carefully giving to the national legislature and the executive powers to check each other so as to avoid either executive or legislative tyranny. The Founders had no idea that a Court armed with a written Constitution and the power of judicial review could become not only the supreme legislature of the land but a legislature beyond the reach of the ballot box. Thinking of the Court as a minor institution, they provided no safeguards against its assumption of powers not legitimately its own and its consistent abuse of those powers. Congress and the President check and balance one another, but neither of them can stop the Courts adventures in making and enforcing left-wing policy.

“The effects on law and democracy have been horrendous. It is impossible for a Court that views itself as a political and cultural institution as much as a legal institution to make reasoned decisions whose principals it will adhere to in the future. The Court will change the Constitution as politics and culture change. The reasons given in one opinion are often little indication of what will happen in the next case. Since a cultural Court acts without guidance from the historic Constitution, the justices could produce a coherent jurisprudence of individual rights only if they could construct and agree upon a systematic moral philosophy. Moral philosophers have been unable to agree on such a philosophy; it is preposterous to suppose that a committee of lawyers could. One result is that the Court’s opinions, when it is engaged in the enterprise of creating rights, defy logical parsing. The decisions are diktats embedded in lofty but irrelevant rhetoric.

“Those diktats, moreover, are almost entirely governed by the agenda of liberalism at the moment. Within the last three to four decades that agenda has shifted considerably and the Court has followed suit.”

Be the first to comment on "Quote of the Week: Robert Bork, “Slouching Towards Gomorrah”"