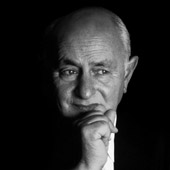 “There is an added irony. Since 1946 the European powers have relinquished control over a score of newly independent nations. Yet they are still largely execrated as oppressors: while the Soviet Union which, since 1934, has swallowed the freedom of almost a dozen nations in Eastern and Central Europe, or Communist China with its own record of aggression, still appear to many Asians as liberators and the friends of their national aspirations.

“If this irony were limited to the sphere of statecraft and of international relations, Catholics obviously would be deeply affected as citizens of every one of the countries concerned. Their future is at stake just as surely as that of citizens of other religious persuasions. The irony of the situation, however, has a special aspect which affects the Church specifically. It is ironic that the Church which is called Catholic, and which, therefore, by definition is therefore universal and supranational, is herself execrated by powerful groups in all of the new nations, and not only groups of Communist inspiration. This antipathy is the result of the self-same nationalist emotion. To one brand of Afro-Asian nationalist, the Church is a European thing, one facet of European colonial rule, the ally of the European trader and the European administrator.

“It is obviously highly significant that the rejection of everything European, which was the essence of the Mau Mau outbreak in Kenya, was accompanied by a mass apostasy from Christianity and a reversion to the most perverted of pre-Christian tribal religious practices. These became the mark of the nationalist orthodoxy of the Kikuyu tribe. It is not without significance that a cultivated Indian diplomat  like K. M. Pannikar, the friend of Nehru and his one-time ambassador to Pekin, European educated but with a shallow understanding of Christianity, should judge that ‘the attempt to conquer Asia for Christ has definitely failed.’ Whatever success Christianity had in the nineteenth century was due, he claims, not to its own inner vitality, but to its association with European political power. The onset of Asian nationalism leading to the revival of the Oriental religions has put an end to the prospects of Christianity in Asia.

“If Pannikar is right – and humbly speaking he may be – then Father Jean Danielou’s emphasis on ‘the necessity for Christianity to embody itself in the civilisations of the East, the Near East and Africa’ is already outdated.”

Equal & Opposite – Catholic and Traditionalist Realignment in Australian Politics?

Be the first to comment on "Quote of the Week: B. A. Santamaria “The Price of Freedom”"