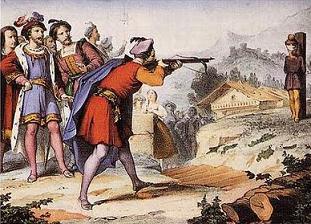 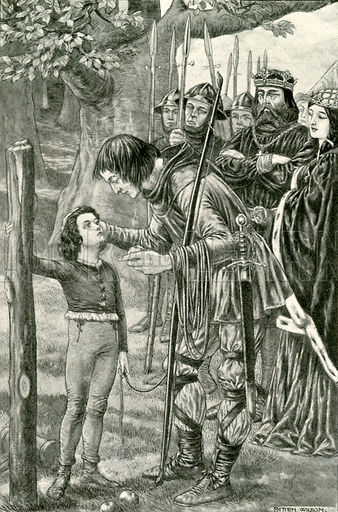 In an effort to educate my eldest boy as to his heritage, I decided to read to him from a book that I ‘salvaged’ entitled Hero-Myths and Legends of the British Race. In particular I noted the story of William of Cloudeslee – one of those English ‘outlaws’ who decided to defend the liberty of a man’s right to hunt for his family in the forest. It was as if self-sufficiency was something to be jealously guarded – something to even risk one’s life for. Pity such isn’t the attitude of the current New South Wales government towards fishing.

The tale of Robin Hood is most familiar, why not this tale of William of Cloudeslee? Well the answer is obvious – we take no interest in our own culture. If Hollywood informs us -we take note. Other than some sparks from a very weak fire (Lord of The Rings, Narina, Robin Hood, Arthurian legends in various forms) – Hollywood increasing represents less and less of our cultural heritage.

One thing is for certain, my child will not be introduced to such legends through the National Curriculum at his school. The curriculum is too focused on teaching students about ‘multiculture’ (whatever that means), and as such the actual cultural backbone and identity of this nation’s place in the Anglo-sphere falls by the wayside.

As long as the state stays out of my way, I, as a parent, can still introduce my children to what is theirs – their identity and heritage. After all, if I want them to respect others, they need to learn to respect themselves first of all. What is against most parents is firstly their own ignorance, followed by the time to inform themselves, and finally a complete lack of resources with which to educate themselves. Sadly, there would be many who would regard the title of the book named above as ‘a bit suss’. One could imagine the Annandale trendy now; blowing the froth from their latte as they sip it on their inner-city terrace, labeling the work as ‘oppressive’, ‘jingoistic’ or that wonderful ideological catch-all ‘racist’.

The Anglo-Saxon knows not who he is anymore. He knows not what to pass on to his children – if he has any offspring to speak of. What a tragic state of affairs. Worse still, any talk of such, even that announced above, is regarded as some sort of heresy against the cult of equality. One is labelled indecent, even evil. That is the greater tragedy – not that we are ignorant, but that we are deliberately kept so, by those who we would expect to nurture us.

In the meanwhile, I will educate both myself and my children in the stories of William of Cloudeslee, I will cling to the tiger’s back nice and tight – ready and waiting for it to collapse tired and gasping.

The author is a legal practitioner and the host of Carpe Diem, Sydney’s only explicitly Traditionalist and Paleoconservative radio programme broadcasting on 88.9FM, between 8:00 to 10:00pm, Mondays. This article was originally drafted on Wednesday, 11 July 2013, as part of the author’s brief series “Aside”.

Poetry by Luke Torrisi: “How to Save Boiling Frogs”

My Education in Australia

Be the first to comment on "William of Cloudeslee: Who is He?"