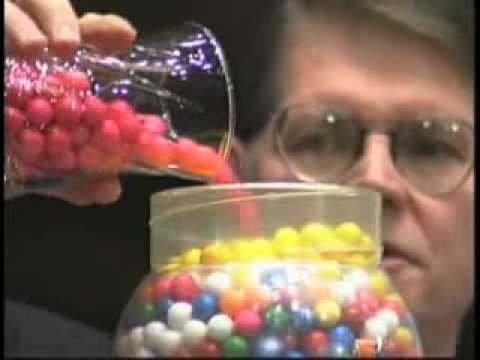 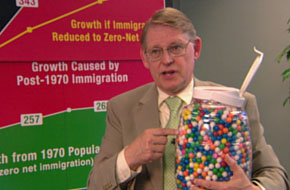 Last evening the Sydney Traditionalist Forum hosted the sixth screening in its documentary series at the University of Sydney. This was the first event in the series for 2014 and featured a collection of brief but informative presentations by Roy Beck of NumbersUSA, one of America’s leading immigration restriction lobbying organisations. NumbersUSA has been actively promoting a sane agenda for immigration reform for a number of years. The documentary was composed of eight segments which addressed various aspects of the call for genuine immigration reform. The main issues concerned the following areas of discussion:

♦ The present rate of immigration does not reflect the tradition of United States immigration policy throughout history.
♦ Maintaining or increasing levels of immigration will not solve the problem of Third World poverty: it depletes the most valuable intellectual assets from the Third World while increasing the strain on domestic environmental and other resources.
♦ Present immigration policies harm the employment opportunities of the domestic underclass, notably US Blacks.
♦ The rates of immigration have lead to the increased consumption of energy, notable crude oil, and have prevented energy independence from the Middle East.
♦ Environmental concerns, particularly those related to the emission of greenhouse gases, are intimately connected to population growth and urbanisation, both of which are exacerbated by liberal immigration.
♦ Many US citizens simply do not appreciate, or are unaware of, the statistical analysis of present immigration rates compared with pre-1965 immigration policies.
♦ The issue has nothing to do with being ‘against immigrants’; it has everything to do with not punishing the domestic population with policies that do not help the newcomer or the land from which he hailed.
♦ The problem concerns both illegal and legal immigration, and the two cannot be addressed by policy analysts or governments in isolation of each other.

Projections of population growth in the US in light of current hyper-immigration trends.

The NumbersUSA documentary has been popularized online with the “immigration gumballs” video which can be viewed on YouTube. Last night the Sydney Traditionalists screened the entire film. This was a very useful tool to communicate the problems associated with increased immigration from a utilitarian, rationalist perspective. The environmental and institutional issues outlined by Roy Beck of course also mirror the cultural impact of unprecedented levels of immigrant intake. The documentary did not speak to these issues, but that was not an omission which harmed the film’s overall effectiveness. The cultural dimension of demographic shift will be explored in a future screening later this year.

After the screening, attendees retired to a local restaurant for dinner and the customary book exchange of conservative and ‘counter-cultural’ literature. The next documentary screening will be announced shortly to the regular attendees and associates of the Sydney Traditionalist Forum. We would like to thank NumbersUSA for their kind permission for this screening. For more information, readers are encouraged to visit their website directly.

Quote of the Week: Ezra Pound, “An Introduction to the Economic Nature of the United States”

Be the first to comment on "Sixth Documentary Screening, Friday 8 August 2014"