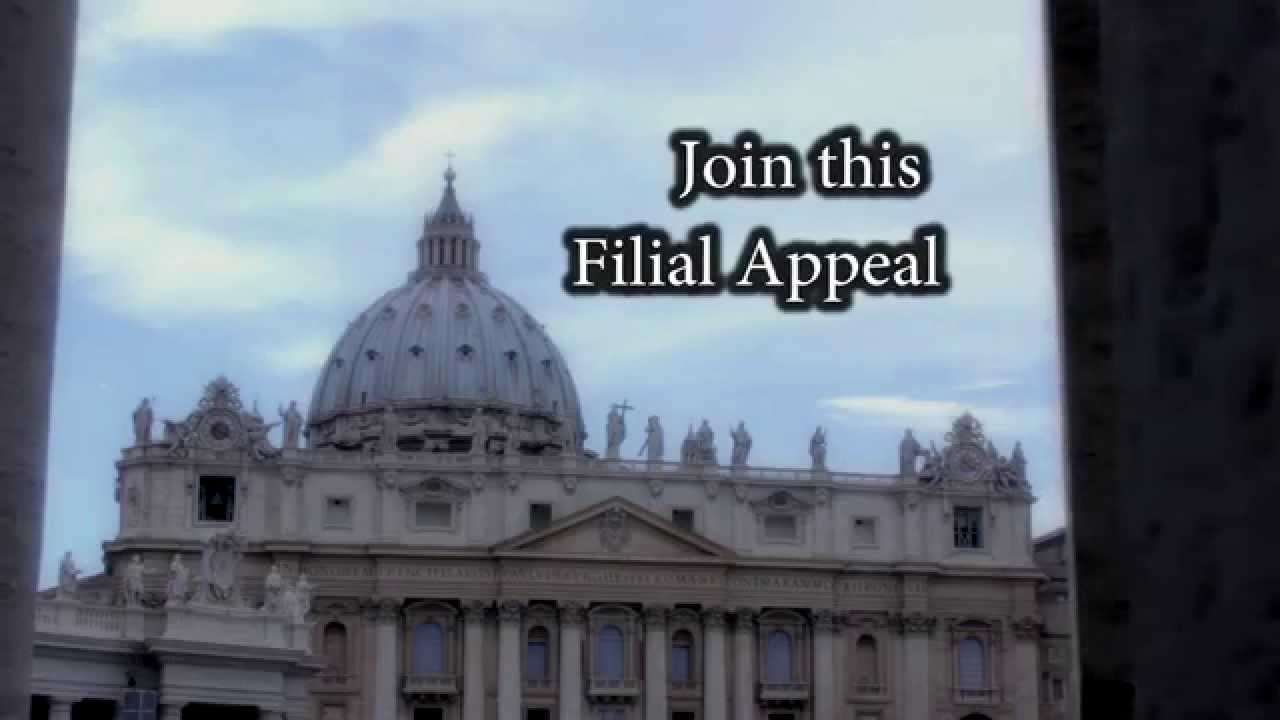 Catholic supporters of the Sydney Traditionalist Forum will be interested to note that we have received correspondence from the Associazione Supplica Filiale concerning the Vatican’s position on marriage and homosexual unions.

Supplica Filiale states that an appeal to the Pope, which has been signed by over 405,000 signatories, is requesting “a word of clarification” as the “only way to overcome the growing confusion among the faithful” in relation to the ongoing controversy over the normalisation of so-called ‘alternative’ sexual lifestyles and their impact on social policy. The correspondence states that:

the Extraordinary Synod on the Family held in October 2014, the light of that torch, rather than being reinvigorated seemed to falter due to confused and dissonant opinions that emerged inside and outside the synod hall. These theses were immediately taken up and spread by the secularist propaganda machine.

A further Ordinary Synod on the Family is to be held in October 2015. In a lead up to the Synod, the Supplica Filiale will be promoting a comprehensive statement under the title of Preferential Option for the Family (Most Rev. Aldo di Cillo Pagotto, Most Rev. Robert F. Vasa, and Most Rev. Athanasius Schneider) copies of which can be obtained via the Supplica Filiale‘s website. Those wishing to do so, may view the existing signatories, and add their names to the appeal.

Furthermore, Australian readers who are concerned about the issues discussed in this post may wish to note that a related announcement will be made on the News section of SydneyTrads this coming Monday, 3 August 2015: watch this space.