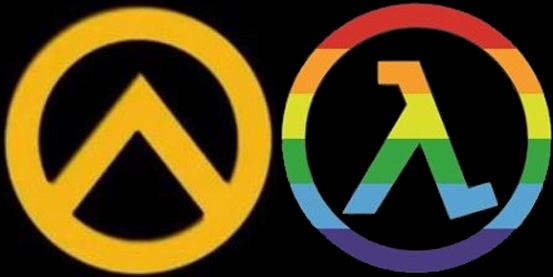 An immovable force is confronted by an uncompromising demand.

To those of us following the series of disasters that pepper the landscape of the Culture Wars over the last several decades – gradual but persistent cultural-moral erosion, successive demographic displacement of European and European-derives nations, the increasing centralisation of executive power and the growth of the surveillance state – three major players of ideo-cultural projection can be identified:

The first is the obvious leftist-progressive leviathan which continues to pillage and shred the cultural dividend originally accumulated from centuries of Western civilisational development (a.k.a. ‘liberation’, ‘progress’ etc.); the second is the mass influx of peoples who do not, or refuse, or temporarily pretend to accept the doctrines of the first group for pragmatic or strategic reasons, people who are – at heart – fundamentally indifferent to the maintenance of the civilisation whose material products and good-will they have come to consume and enjoy; and finally the third group, a motley array of political and cultural dissenters who oppose the rapidly growing presence of the second group and reject the abject nihilism of the first.

We call this last group the Sidestream as it clearly stands in contrast to the so-called ‘moderate’, ‘middle-ground’ or ‘mainstream’ culture and politics. This is not to suggest that the Sidestream actively seeks to be parochial, it has simply been pushed towards open political reaction as a consequence of the ever leftward shifting centre: yesterday’s taboo is today’s ‘normal’, and yesterday’s normal is today’s ‘bigotry’; in the eyes of the contemporary bien pensant, anyone who believes that objective Truth is not subject to democratic whim is a living anachronism. The ideological mediocrity of the lowest common denominator, as well as the abstract universalism that underscores the mass liberal, therapeutic state, all of this is anathema to these non-establishmentarian rightists: paleoconservatives, identitarians, neoreactionaries and other factions of the ‘dissident’ or ‘alternative right’.

Between these three contenders for the future of what might once have been unambiguously described as the West, two major yet shifting fault-lines of conflict can be mapped. Although the interests of the three groups above are almost always diametrically opposed to each other, rifts nevertheless follow a typically binary pattern where two coalesced or temporarily allied forces vie for supremacy over some issue. For example, the normative morality and localist patriotism of the Sidestream will almost certainly be denounced by moral relativists and abstract universalists of the left, but this denunciation will likely also be joined by representatives of ‘multicultural society’ as their ‘diversity’ interests (read: sub-cultural sovereignty) may come under perceived nativist threat. Here, the first and second group seem natural allies against the third.

Alternatively, the moral depravity pushed by cultural revolutionaries (which, it should be noted, are never really challenged on principle by establishment conservatism) will of course be opposed vehemently by the Sidestream; but here it might also be matched by a private resistance among sections of the second group who do not share the suicidal pathologies of progressivism, i.e. ethnics and religious imports of illiberal persuasion. In this scenario, the second and third groups seem natural allies against the first. However, such an alliance is illusory, highly unstable with a half life of negligible political duration.

This is because the second group may subconsciously believe that the shenanigans between Western natives (such as the tug-of-war controversy over sodo-marriage) wont infect and damage their culture because their culture is not part of our polis; after all, in a multi-cultural-society, middle-class White degenerates are not part of, for example, the Ummah, and the more assertive element from that Ummah seem reluctant to display unqualified allegiance to the first group’s notions of ‘subscription identity’ with the enthusiasm expected by its happy-go-lucky social policy theorists.

Isolated from the mentally crippling pathogen of suicidal liberalism, members within many immigrant ethno-religious groups are thus immune from the effects of political-correctness and therefore see its advance within Anglo-European society as largely foreign to them; these obsessions, issues and controversies are Whity’s problem. Any opposition is therefore visible only to the extent that it infringes the frontier of their community. The official leftist policy of multiculturalism and diversity reinforces this isolation from the host Anglo-European society in which they live. Similarly, any partnership between the first and third groups on the basis of opposing illiberal alien practices of the second group inevitably evolve into a militant preservation of the liberal essence of the modern West: hardly an attractive proposition to the Sidestream.

Instead, if the revolutionary progressive steamroller is motivated by a hatred of the ‘father’ (i.e. all the things that define the Sidestream, its worldview and values) it will more readily join hands with illiberals and even open bigots within certain subcultures when the practicalities of the circumstance require it. However, those same ethno-religious communities are not equally as likely to join forces with the Sidestream to oppose the latest progressive assault in the Culture War. Thus, they cannot logically be seen as allies of Western identitarians so long as they remain wedded to and depended on the first group’s official policies that fuel ethno-cultural bulkanisation.

Obviously, this puts the Sidestream in a position of tremendous strategic disadvantage from a more global perspective. And form this vantage point, it appears that the main struggle will almost certainly be between the first and third groups (the second being a largely derivative problem) both of which will be dominated by Westerners: the liberal elite and the culturally/politically disenfranchised native underclass. The choice of symbols is a premonition of the nature of this struggle. The Lambda, the Lakedaímōn, a symbol featured on the shield of the Spartans at Thermopylae, this has been assumed by both Western identitarians and sixties radicals on the vanguard of the sexual revolution, and both declare: they shall not pass.

It is difficult to imagine how any reconciliation between these two absolutist forces will ever be possible. As the chasm between the two widens – and it surely has over the last decade – it is equally difficult to imagine how the otherwise ambivalent citizen of the near to distant future won’t be forced to chose a side as the stakes get higher. Perhaps the West’s great crisis over the next century therefore won’t come from external hostile ideologies alone, but appear in the form of internal cultural hyper-polarisation. It is that polarisation that will weaken the nations of the Occident and prevent them from being able to deal with derivative, if not less fatal, obstacles in the future.

Ultimately, this is a question of a civilisational immune deficiency syndrome. Unfortunately, research into a cure has been tabooed, and in some jurisdictions, criminalised. That, of course, will only accelerate the current processes. Perhaps the Sidestream‘s main objective should therefore be to prepare to pick up the pieces, when the eschaton is finally immanentised. 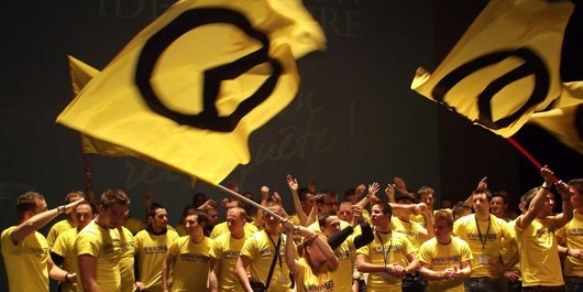 Remember, these are not old people; the future is not necessarily “progressive”.

One Flag Goes Up, Another Goes Down