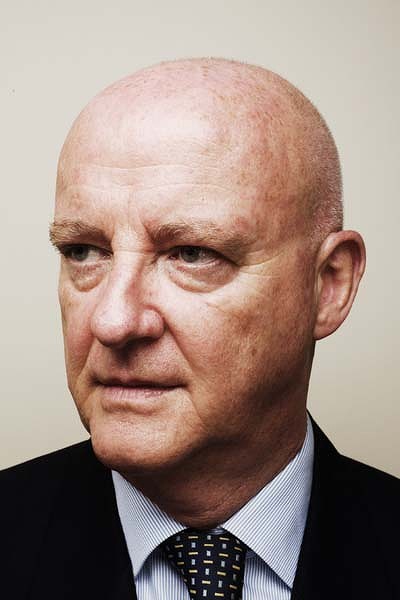 In Character and Culture (1940) Irving Babbitt wrote that “practicality pursued mechanically and one-sidedly may become a vice.”1 One might interpret this as a warning against the dangers of an over-reliance on utility that deadens a people’s creative civilizational dynamic. The rise of the managerial technocrat, who replaced the old cultural aristocracy and is presently dedicated to overseeing the toil of Man reduced to the status of atomised economic entity, has witnessed this deadening throughout the West over the last century. That has been a century of the “mass-man” (José Ortega y Gasset,2 Julius Evola3) or the “overadjusted man” (Peter Viereck4), one in which the things Man lives for have been supplanted by the primacy of the means through which Man lives. The result has been an impoverished cultural and spiritual life. 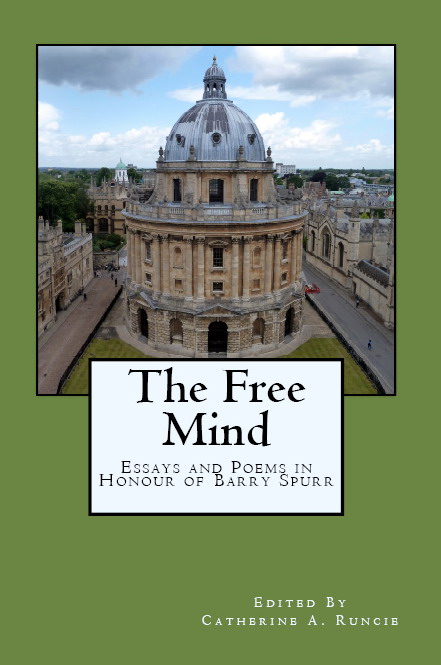 Catherine A. Runice (ed.), “The Free Mind: Essays and Poems in Honour of Barry Spurr” (Edwin H. Lowe Publishing, 2016) [CLICK ABOVE TO PURCHASE]

The bitter fruit of this new social order can be seen wherever the eye is cast: on the street, in the popular media, within the halls of parliament. But all of these signs of degeneracy, symptoms of what Eliot referend to as the “wasteland” of modernity, have been made possible with the decline of the humanities as well as a relativist, subjectivist and amoral pursuit of “the good.” Thus, in the name of free thinking we have created a hyper-conformist society that condemns inconvenient or uncomfortable inquiry to permanent ostracision, treats cultural dissenters with the same contempt as heretics in theocratic times, and naturally leads to bankruptcy in the world of artistic and literary pursuit.

We are therefore pleased to recommend to our readers and friends the latest volume of essays and poems published in honour of our friend Prof. Barry Spurr: The Free Mind (Edwin H. Lowe Publishing, 2016). Prof. Spurr has recently contributed to our 2016 Symposium with an essay on “‘Falling Towers’: T. S. Eliot, the Decline of the West and the Doctrine of the Incarnation”.5 He is a notable personality in the forum where cultural and political criticism intersects: the undignified manner in which he was hounded out of Sydney University for alleged transgression of politically correct dogma is not easily forgotten. However, despite his unworthy treatment at the hands of university administrators, he will be remembered by generations of students who were touched by his scholastic achievement. Writes Catherin A. Runcie in the Forward to the volume:

His particular interest in Renaissance religious poetry (such as John Donne’s) and his principal study, over many years, of the life and work of the leading Modernist poet, T.S. Eliot, have secured his international reputation as a leading scholar of poetry and poetics.6

Indeed. Prof. Spurr has authored several books on poetry and literature that will doubtless inspire students of English literary history for decades to come, including Studying Poetry (Palgrave MacMillan, 2006), See the Virgin Blest: Representations of the Virgin Mary in English Poetry (Palgrave MacMillan, 2007) and more recently, ‘Anglo Catholic in Religion’: T. S. Eliot and Christianity (Lutterworth, 2010). Michael Warren Davis, who has also been a contributor of the Sydney Traditionalist Forum in the past, writes in his chapter “The Future of the Humanities” that:

Following Cardinal Newman, Professor Spurr defended the academy as the home of those who “embrace the heterodoxy of human knowledge unhampered by considerations of practical application or societal constraints”. This, too, was where Dr [Russel] Kirk felt most at home, but undoubtedly any disciple of the Old Idea who paid such careful attention to the state of the academy between 1955 and 1980 would have found it increasingly difficult to write with any optimism about academia’s future.7

The legacy of Prof. Spurr has been the struggle to retain the best traditions of the academy in a time where those traditions have come to be seen as passé, and not infrequently, reprehensible. Thought times may certainly change, academics of this type will find it difficult to thrive in an environment where a pseudo-intellectual class rejects the very notion of anything timeless, perennial, permanent. Readers of The Free Mind will also find an essay by David Daintree, “‘Pour forth thy fervours for a Healthful Mind’: Pagan and Christian Views of Courage” in which he writes:

It is a sad truth about the human condition that good men and women can fall victim to the destructive spite and malice of others and suffer terribly as a result. Some would list such miseries among the consequences of Original Sin, while others of a more secular bent would simply shrug and say that life was never meant to be easy. But regardless of the explanation offered, human cruelty has to be borne, and if possible with equanimity.8

The book contains over two dozen contributions. In “Shakespeare’s Moral Wisdom and Political Insight: Duel Power in Coriolanus”, David Brooks writes that “[p]olitical wisdom is impossible without moral wisdom.”9 Michael Wilding writes in “Milton’s Samson Agonistes: A Political Reading” that “[t]he distinguishing feature of drama is its potential for multiple points of view.”10 In other words, cultural review is essential in maintaining a healthy political heterodoxy, and this cannot be achieved without the moral grounding that only the humanities can offer, else society ignores Babbitt’s caution against pursuing practicality mechanically. So far, society has fallen victim to demoting the humanities to the position of trivial hobby without appreciating how essential it is to the health of civilisation. Prof. Barry Spurr provides the antidote to the current malaise.

Many of these contributors to The Free Mind will be of particular interest of cultural conservatives who keep one eye on political developments, as well as those who share a keen interest in the direction the West has taken in recent decades. Prof. Spurr’s professional history is as instructive as the subjects of his academic work itself. For these reasons alone The Free Mind will be a valuable contribution to the library of those who wish to maintain the memory and defend those “best traditions of the academy.” It will also be a complimentary volume to the work Prof. Spurr has published to date.