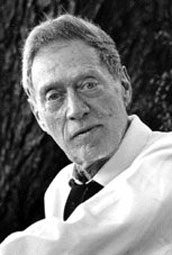 “Archetypes have grown out of the soil of history: slowly, painfully, organically. Stereotypes have been manufactures out of mechanical processes of mass production: quickly, painlessly, artificially. The have been synthesized in the labs of the entertainment industries and in the blueprints of the social engineers. The philistine nonconformist and the ostentatious professional nonconformist are alike in being rooted in nothing deeper than the thin topsoil of stereotypes: the stereotypes of Babbitt Senior and Babbitt Junior respectively.

“The traumatic uprooting of archetypes was the most important consequence of the world-wide industrial revolution. This moral wound, this cultural shock was even more important than the economic consequence of the industrial revolution. Liberty depends on a substratum of fixed archetypes, as opposed to the arbitrary shuffling about of laws and institutions. The distinction holds true whether the shuffling about be done by the a priori abstract rationalism of the eighteenth century  or by the even more inhuman and metallic mass production of the nineteenth century, producing new traumas and new uprootings every time some new mechanized stereotype replaces the preceding one. The contract between institutions grown organically and those shuffled out of the abstract rationalist liberalism was summed up by a British librarian on being asked for the French constitution: ‘Sorry, sir, but we don’t keep periodicals.’”

▪ Peter Viereck, Unadjusted Man in the Age of Overadjustment (Greenwood Press, 1956; Transaction, 2004) extract from pages 17 through to 18.

Be the first to comment on "Quote of the Week: Peter Viereck, “Unadjusted Man in the Age of Overadjustment”"