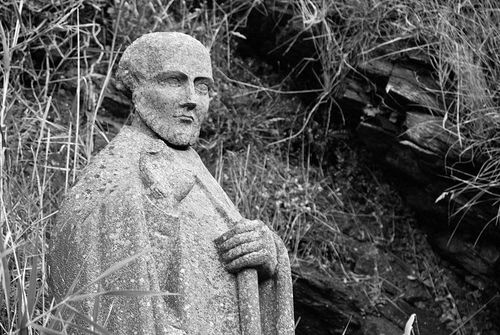 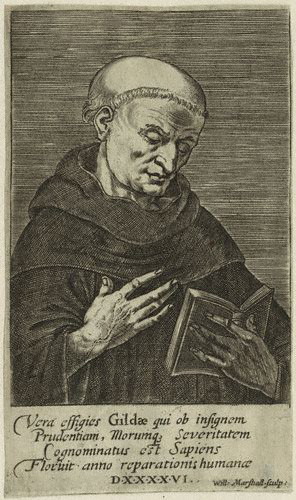 “§1 Whatever my attempt shall be in this epistle, made more in tears than in denunciation, in poor style, I allow, but with good intent, let no man regard me as if about to speak under the influence of contempt for men in general, or with an idea of superiority to all, because I weep the general decay of good, and the heaping up of evils, with tearful complaint. On the contrary, let him think of me as a man that will speak out of a feeling of condolence with my country’s losses and its miseries, and sharing in the joy of remedies. It is not so much my purpose to narrate the dangers of savage warfare incurred by brave soldiers, as to tell of the dangers caused by indolent men. I have kept silence, I confess, with infinite sorrow of heart, as the Lord, the searcher of the reins, is my witness, for the past ten years or even longer; I was prevented by a sense of inexperience, a feeling I have even now, as well as of mean merit from writing a small admonitory work of any kind.”

“Britain has rulers, it has watchers. Why with thy nonsense art thou inclined to mumble? Yea, it has these; it has, if not too many, not too few. But, because they are bent down under the pressure of so great a 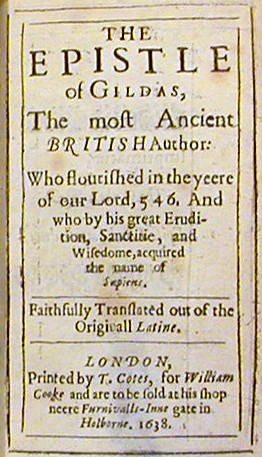 weight, they have no time to breathe. My feelings, therefore, as if fellow debtors with myself, were alternately engrossed by such objections, and by such as had much sharper teeth than these. These feelings wrestled, as I said, for no short time, when I read: There is a time to speak and a time to keep silence, and wrestled in the straight gate of fear, so to speak. At length the creditor prevailed and conquered. He said: If thou hast not the boldness to feel no fear of being branded with the mark that befits golden liberty among truth-telling creatures of a rational origin second to the angels, at least shrink not from imitating that intelligent ass, inspired, though mute, by the Spirit of God. Unwilling it was to be the carrier of the crowned magician about to curse the people of God; it bruised his feeble foot in the narrow path near the wall of the vineyards, though it had on that account to feel his blows like those of an enemy. She pointed out to him the angel from heaven, as if with the finger, holding his naked sword and opposing them (whom he in the blindness of cruel stupidity had not observed), though the magician, ungrateful and furious, was unrighteously beating her innocent sides.”

“§2 Before, however, fulfilling my promise, let me attempt to say a little, God willing, concerning the geographical situation, the stubbornness, the subjection and rebellion of our country; also of its second subjection and hard service; of religion, persecution, and holy martyrs, of diverse heresies; of tyrants, of the two nations which wasted it; of defence and of consequent devastation; of the second revenge and third devastation, of famine; of the letter to Agitius; of victory, of crimes; of enemies suddenly announced; of the great well-known plague; of counsel; of enemies far more fierce than the first; of the ruin of cities, of the men who survived; of the final victory won by the mother country, which is the gift granted by the will of God in our own times.”

Be the first to comment on "Quote of the Week: Gildas Sapiens, “De Excidio et Conquestu Britanniæ”"