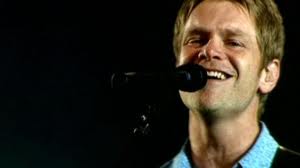 What follows are programme notes for the “Conservative Song” segment of Radio Carpe Diem compiled by Luke Torrisi. The notes were produced for a broadcast of Monday, 14 February 2011, and form the basis of a live on-air discussion about conservative and traditionalist themes that can be inferred from items of popular music. Radio Carpe Diem is Australia’s only paleoconservative and traditionalist radio programme and can be accessed online or free to air at 88.9FM at 8:00pm to 10:00pm Mondays (Sydney, Australia). Readers’ comments are welcome here at SydneyTrads. Listeners are encouraged to tune in and engage in the discussion.

Humility and the Devin 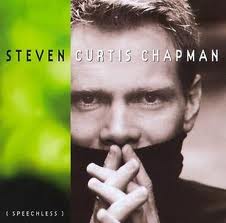 This song is really the Christian answer to the more sentimental and certainly relativist and more popular diatribes such as Christina Aguilera’s “I Am Beautiful.”

In this song however, there is a certain realism and God-centredness along with Christian hope. Chapman sets the scene – presumably a girl (but not necessarily) – is unhappy with her appearance, feels ugly, lacks self-esteem. We are told that she doesn’t look like the girl in the magazine, but surprise, surprise – the message of the song isn’t that beauty is relative. Rather Chapman says that the subject of the song bears the fingerprints of God – not necessarily beauty, but a “masterpiece” which Creation itself “quietly applauds,” words used to emphasise humility.

Chapman identifies that the subject of the song is unique, a creation of God like no other. In addition he suggests in this song that God has a purpose for us all – and fulfilling that should give us hope and self-esteem. At no stage does he try and assure the subject that she is, in fact, beautiful. He encourages her to seek self worth in a God centred way. Her meaning may come as it did for Tony Melendez – the armless man who wanted to be a priest, but ended up a Catholic musician who performed for Pope John Paul II. He didn’t get what he wanted, nor was the church forced to concede it to him via equality legislation. What he received, by abiding by his continued humility and devotion to God was love, fame and appreciation beyond his expectations. More importantly he became an inspiration for millions.

Chapman compares the subject of this song to a “work of art” implying that there is an objective and timeless worth – not necessarily beauty, but definitely meaning. There is not a scrap of relativism here, nor is there any sense of blaming “society” for the subject’s perceived inadequacies. There is just the gentle re-assurance that God has a plan and focusing on that leads to fulfilment. Humility in the course of doing so is a constant theme.

The song also contains many ‘nuggets’ for the prospecting Conservative such as the reference to the subject being the creation ever since the first beat of her heart – no doubt an anti-abortion reference. The reference to the fingerprints of God is also a forensic metaphor in answer to the new Atheism typical of Dworkins, Dennett, Hitchens and Harris – otherwise known as the “Four Horsemen.”

At the conclusion of the song we are reminded that we are an ongoing creation and that even though we think we’ve grown up, and in the eyes of “biology” we may be at beauty’s peak, in terms of God’s plans – you never know when you are going to fulfill his purpose. This is a fundamental message of hope. It never is too late.

This song helps us transcend the sentiment of beauty and moments of angst and inadequacy, not by imposing relativism, or by regarding the affected as a “victim” needing recompense. Rather, all things are taken care of by God and our hope and faith should lie in him.

I can see the tears filling your eyes,
And I know where they’re coming from,
They’re coming from a heart that’s broken in two,
By what you don’t see,
The person in the mirror,
Doesn’t look like a magazine,
Oh but when I look at you,
It’s clear to me.

Never has there been and never again,
Will there be another you,
Fashioned by God’s hand and perfectly planned,
To be just who you are,
And what He’s been creating,
Since the first beat of your heart,
Is a living, breathing,
Priceless work of art.

Just look at you,
You’re a wonder in the making,
And God’s not through,
In fact, He’s just getting started!

The writer is a legal practitioner and the host of Carpe Diem Radio. The above notes were drafted for a live and on air debate about conservative and traditionalist themes which can be found in popular music. Listeners can access Radio Carpe Diem either on air at 2RSR 88.9FM in the greater Sydney region, each Monday between 8:00pm and 10:00pm, or streaming live via TuneIn.com. Feedback is welcome.

Be the first to comment on "Thinking Right About Pop Culture: Steven Curtis Chapman – Fingerprints of God"