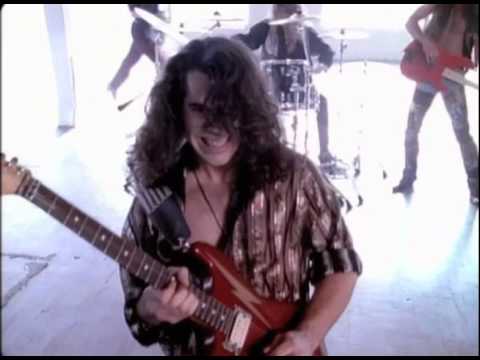 What follows are programme notes for the “Conservative Song” segment of Radio Carpe Diem compiled by Luke Torrisi. The notes were produced for a broadcast of Monday, 21 February 2011, and form the basis of a live on-air discussion about conservative and traditionalist themes that can be inferred from items of popular music. Radio Carpe Diem is Australia’s only paleoconservative and traditionalist radio programme and can be accessed online or free to air at 88.9FM at 8:00pm to 10:00pm Mondays (Sydney, Australia). Readers’ comments are welcome here at SydneyTrads. Listeners are encouraged to tune in and engage in the discussion. 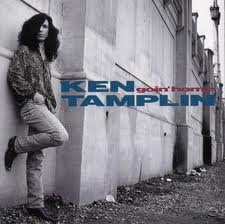 This is a song that celebrates in modern rock tones the virtue of the Christian life. In what is a charismatic celebration, more like Pilgrim’s Progress with an electric guitar than C.S Lewis, of what happens when one decides to put God at the centre of one’s universe. Expressed in this very modern and indeed rebellious song are a number of nuggets for the Conservative listener.

Chief among the lyrics that will strike a chord with the Conservative is a rejection of the fads of the modern world in favour of something more lasting. The singer begins by acknowledging that he has been “holding on” to all he has known – but now he seeks to reject the banality of modern life for something more rewarding in a spiritual sense. It may be simple rock music- but these are the ideas of T.S.Eliot, Russell Kirk and dare I say it – even Lord Kenneth Clark! Ken (Tamplin – not Clark) tells us that he has the “satisfaction” of “that straight and narrow road” – William Bennett will be pleased to see this fellow has found his Moral Compass. Indeed it is an example of Kirk’s first principle of Conservative thinking – a belief in a transcendent moral order.

Following on from this Ken reminds us of the distinction between sentiment and virtue by stating “it’s no emotional reaction / I’m gonna reap what I’ve sown / ‘cause I’m livin for my Lord.” Here he acknowledges that his faith isn’t a mere matter of being nice and feeling nice. He will get criticised for his faith and the process will involve his personal sacrifice. It is a decision that has consequences – and some of them aren’t good! When he says he’s going to reap what he’s sown – this is a two edged sword. Yes, his Christian life may offer rewards, but his misdeeds will also have their consequences too – both here and above. Indeed we are reminded of that great Conservative notion of responsibilities and duties rather than rights.

The Conservative nuggets continue with a rejection of Utopic thinking. “Life ain’t easy as it seems / Too many picture perfect dreams” he sings, in a wistful note as an acknowledgment that all such utopic visions are bunkum in the face of a Christian reality. Indeed, there is the implicit suggestion here of the virtue in hard work (another reason for William Bennett to smile – it is one of his key virtues celebrated in The Book of Virtues)

Finally Ken gives us a glimpse of an apocalyptic vision in the final parts of the song. He is no St John – but he gets across the message that life is a very fleeting fragment of existence, and you only have one chance to get it right. So don’t be ashamed of your principles and beliefs – go out there and live them. He doesn’t call for any kind of revolution or political reform of modern life. It is implicit that God will take care of all of that. He suggests rather that the individual should focus their own person aspirations in a virtuous, God centered way. One can’t help but thinking however, that the collective result of such would be a better world. That was indeed what Mother Theresa was thinking when she endorsed the phrase ‘charity begins at home.’

This song is ostensibly part of the born-again, new wave Protestantism that is rife in the USA and has its fair share of critics, including many in Conservative circles because of the ideology that such religious fervour can generate. However, in the deeper meaning of the lyric, there is much for the Conservatively disposed to celebrate. Best of all – it’s a cheeky song designed to woo those may have little spirituality. What sounds like a daggy piece of 80s hair metal turns out to have purpose and meaning far deeper than the vapid love lyrics of that other ‘Apocalyptic’ hair metal 80s classic – “The Final Countdown” by Europe. Do the comparison for yourself and you’ll appreciate the subversive nature of this song.

I encourage you to lose yourself in the upward beat and drift away (perhaps back to the 80s?) with “Livin’ for my Lord”

Livin’ for my Lord,
Holding on to all I’ve known,
Now the time has come,
Gotta stand my ground.

I’m taking life as it comes,
Oh Lord you keep me holdin on,
Don’t really care what people say,
I know where I’m goin’ I found my way,
and yeah I have the satisfaction,
of that straight and narrow road,
it’s no emotional rection,
I’m gonna reap what I’ve sown,
’cause I’m,

Livin’ for my Lord…

Well life ain’t easy as it seems,
Too many picture perfect dreams,
Just when you thought it’s said and done,
You realize it’s just begun,
Ain’t givin’ up on what I believe in,
For me it’s do or die,
I’m living up for all to see that,
I don’t need a place to hide,

Livin’ for my Lord…

Ain’t slowing down I’m moving on,
Pretty soon I’ll be long, long gone,
I’m looking up to the sky,
And in a twinkling of an eye,
The clouds roll back and Heaven’s gate won’t hold back all those that wait,
The trumpets blast,
In one accord we’ll all be singing.

Be the first to comment on "Thinking Right About Pop Culture: Ken Tamplin – Living for the Lord"