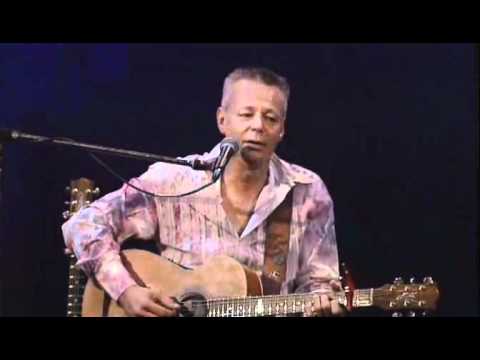 What follows are programme notes for the “Conservative Song” segment of Radio Carpe Diem compiled by Dominik Giemza. The notes were produced for a broadcast of Monday, 16 August 2010, and form the basis of a live on-air discussion about conservative and traditionalist themes that can be inferred from items of popular music. Radio Carpe Diem is Australia’s only paleoconservative and traditionalist radio programme and can be accessed online or free to air at 88.9FM at 8:00pm to 10:00pm Mondays (Sydney, Australia). Readers’ comments are welcome here at SydneyTrads. Listeners are encouraged to tune in and engage in the discussion.

What you Leave Behind is Your Example 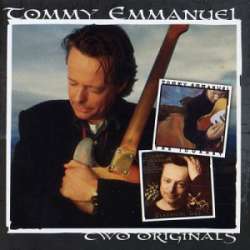 Tonight’s song has travelled a long way to be here with us. It was originally written by Jimmy Moore and Bob Blinn in the 1987 and will be performed for us tonight by the great Australian guitar virtuoso Tommy Emanuel. Versions of this song have also been done by Chet Atkins and Merle Haggard. Indeed it was the great Chet Atkins that made it famous and it is in tribute to him that Emmanuel plays it today.

Tommy Emmanuel was born in Muswellbrook N.S.W. on May 31 1955. He received his first guitar in 1959 at the age of 4 – being taught by his mother to accompany her playing the lap steel guitar. At the age of 7 he heard Chet Atkins on the radio. He vividly remembers this moment and says it greatly inspired him.

By the age of 9, in 1964, he was a working professional musician. Recognizing the musical talents of Tommy and his brother Phil, their father created a family band, sold the family home and took his family on the road. With the family living in two station wagons, much of Emmanuel’s childhood was spent touring Australia with his family, playing rhythm guitar, and rarely going to school. The family found it difficult living on the road; they were poor and were often hungry, never settling in one place. His father would often drive ahead, organize interviews, advertising and finding the local music shop where they’d have an impromptu concert the next day. Eventually the New South Wales Department of Education insisted that the Emmanuel children needed to go to school regularly.

After his father died in 1966, the family settled in Parkes. Tommy eventually moved to Sydney where he came to be noticed nationally when he won a string of talent contests in his teen years. By the late 1970s, he was playing drums with his brother Phil in the group “Goldrush” as well doing session work on numerous albums and jingles. He gained further prominence in the late 1970s as the lead guitarist in “The Southern Star Band,” the backing group for vocalist Doug Parkinson. During the early 1980s, he joined the reformed lineup of leading ’70s rock group “Dragon,” touring widely with them, including a 1987 tour with Tina Turner. He left the group to embark on a solo career. Throughout his career he has played with many notable artists including Chet Atkins, Eric Clapton, Sir George Martin, Air Supply, John Denver, Les Paul and Doc Watson.

Emmanuel has always been a fan and eventually a friend of the great Nashville guitarist Chet Atkins. Indeed Atkins was a mentor to Emmanuel and asked him to keep singing this song after he passed away.

It is a song about a father and son. Tommy and Chet had similar stories about their fathers. And both of their fathers wore the exact same hat, which is referred to in the song. Chet was very much like a father to Tommy so it’s a fitting homage.

But Tommy is doing more than just playing the song – he is being the same kind of mentor that Atkins was to a whole generation of young Australian guitarists shunned in Australia. Expatriate Aussie Keith Urban, an international chart-topping superstar who has been shunned by commercial radio in Australia, is the best known. But Emmanuel also nurtured the career of guitarist and former child prodigy Jedd Hughes who hails from the dusty little hamlet of Quorn north of Adelaide.

So Emmanuel is an example of conservative virtue in action. He is not resting on his laurels but is being a musical father figure like the great Chet Atkins was to him – to a new generation of artists long after Mr Atkins has passed.

The song is a touching testament to the legacy of fatherhood – the greatest task to face real men – that of leaving something behind you when you go, hopefully a new generation brought up on your wisdom and kindness and the values that you pass onto them. It evokes nostalgic memories of childhood by evoking the way children mimic their fathers “pretending I was him” when a child and “still trying to be like him” years later.

And while it is an emotional song about an emotional bond it has a practical message behind its moving words. Your job as a father is something that has meaning, it has more meaning than your weekend footy, more meaning than your car or your house or the holiday you went on last year, it has far more meaning than the date you had last week or your promotion at work. It is something precious that will live on in the memory of those you leave behind so do not waste it, do not let the opportunity to make a difference pass by, do not be overcome with indifference but put yourself in your children’s shoes after you are gone. Will anyone care about your job or your car or what you accomplished on the footy field? No your friends will also be gone but your children will live on and your values and memory will live on with them ready to be passed like a baton to the next generation.

And isn’t that what really counts?

When I was young my dad would say,
Come on son let’s go out and play,
Sometimes it seems like yesterday,
I’d climb upon the closet shelf,
When I was all by myself,
Grab his hat and I fix the brim,
Pretending I was him.

He always took care of mom and me,
We all cut down a Christmas tree,
He always had some precious time for me.

Wind blows through the trees,
Streetlights they still shine bright,
Moon still looks the same?
But I miss my dad tonight.

I walked by a Salvation Army store,
Saw a hat like my daddy wore,
Tried it on as I walked in,
I’m still trying to be like him.

Be the first to comment on "Thinking Right About Pop Culture: Tommy Emmanuel – I still Can’t say Goodbye"