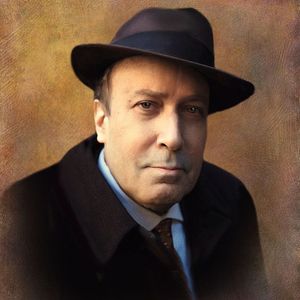 “The global conception of morality results, I would argue, in a distortion of morality rather than its fulfillment. Ethics could be defined as a sense of responsibility toward other human beings and the consequent willingness to put restraints on one’s own behavior. As a personal development, a sense of ethics normally originates in the family and among those we are close to and then is extended outward in widening circles to other human beings. The distortion of this natural basis of morality is brought about when it is applied in the abstract to collectivities of human beings, or even to the human race as a whole. Even thoughtful liberals are beginning to realize the impossible burden such an obligation places on human nature. As Christopher Lasch has written:

“My study of the family suggested … that the capacity for loyalty is stretched too thin which it tries to attach itself to the hypothetical solidarity of the whole human race. It needs to attach itself to specific people and places, not to an abstract ideal of universal human rights. We love particular men and women, not humanity in general. The dream of universal brotherhood, because it rests on the sentimental fiction that men and women are all the same, cannot survive the discovery that they are not.

“This sentimental fiction arises, I think, when we take our own personal experience of love of ethical responsibility and say: ‘because I feel this for one or a few people, and because this feeling is good, I must feel the same way toward everyone, I must act on the same basis toward the entire human race as a collective whole.’ Once people have taken this stand, and especially if they try to convert it into public policy, all rational limits of common sense or self-interest are thrown out the window. Ultimately, this obligation must be imposed by political force, since no one can actually love the whole human race. What starts, then, as a personal sense of compassion and responsibility for individuals ends as a collectivized ethics which compels men to love the foreigner (not just the individual foreigner, but all foreigners) more than their own.”

▪ Lawrence Auster, The Path to National Suicide – An Essay on Immigration and Multiculturalism (Old Line Press, 1990) extract from page 79.

Quote of the Week: Rudyard Kipling, “The Stranger”

Be the first to comment on "Quote of the Week: Lawrence Auster, “The Path to National Suicide”"