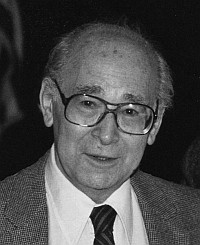 “Gradually, the counter-revolutionaries came to the realization that they were the real revolutionaries in the sense of the word that is compatible with the reaction to the doctrines of the revolution. Bernanos wrote during this period that to be a reactionary means simply to be alive, because only a corpse does not react any more – against the maggots teeming on it. This phrase could have been adopted as the counter-revolutionary motto: it vividly painted what the counter-revolutionaries believed their task to be, namely, to become alive inside an agonizing, no longer reacting body, the State, invaded by a poison carrying enemy. The counter-revolutionaries were revolutionists insofar as they intended to reactivate this agonizing body, not by calling forth a new political party, but by an appeal to the entire nation in the name of salus populi. Ernst von Salomon, in his Fragebogen (page 238), written after 1945, formulates the mood of twenty five years before: ‘Unless it were possible to recreate a constructive form of State, Bolshevism must be the natural heir to the obvious and shameful dissolution of all organic strength by the ideological senselessness of the bourgeois-liberal and Social-Democrat wizards.’ This is what was tried almost everywhere in Europe during the twenty some years separating the two world wars: Horthy in Hungary, Salazar in Portugal, Pilsudski in Poland, Mussolini in Italy, Franco in Spain, and others, with less success, elsewhere, for example in Germany. Between 1919 and 1933 many young Germans adopted as their ideal Moeller van den Bruck’s ‘conservative revolutionary’; this hero figure survived until 1944 among the youthful members of the anti Hitler resistance who hoped to rid their country both of National Socialism and of and imminent bolshevisation.”

Be the first to comment on "Quote of the Week: Thomas Molnar, “The Counter-Revolution”"