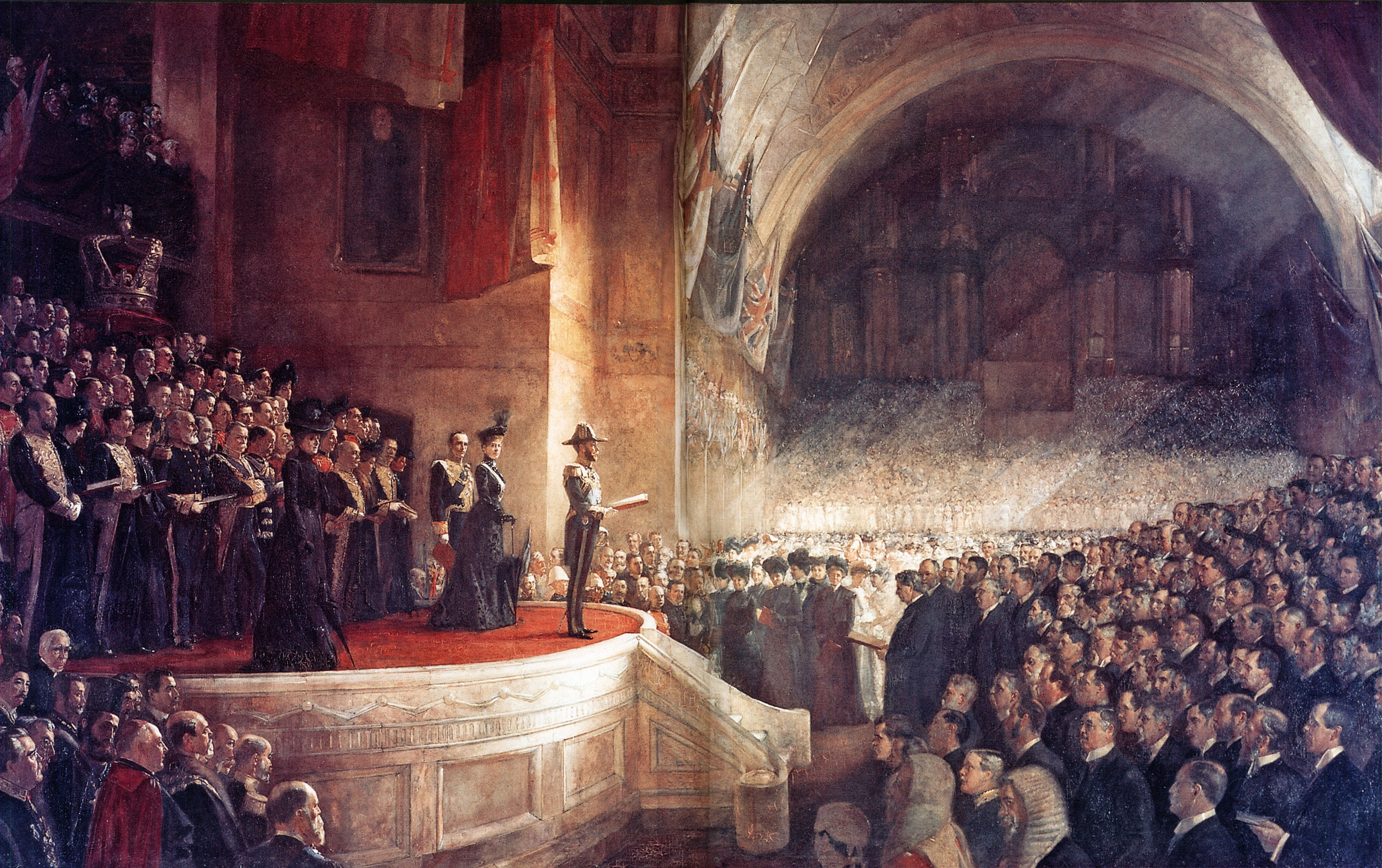 Voting Traditionalists are Here to Stay,
And so is Party Politics

In light of the recent Liberal Party leadership spill, traditional conservatives in Australia have favoured one of two courses of action: the forming or supporting a minor party, or withdrawal from party politics altogether. The former was advanced by Quadrant’s Roger Franklin in his article “You Won’t Get My Vote, Mr. Turnbull”. Franklin writes:

[P]erhaps there are even some in Parliament who still believe that honesty is at the core of conservatism, that chicanery borne of presumption and ambition is no winning quality. ¶ If so, if members of such an endangered species still exist within the Liberals’ party room, here’s a suggestion: The door is over there. Leave, right now, and leave for good. We need a party that believes in something more substantial than the Turnbull chimera. I want a new party and I want it now.1

The latter, though not (to my knowledge) articulated specifically in the context of the recent Liberal leadership spill, would fall under American traditionalist commentator Rod Dreher’s idea of the Benedict Option, which he describes as “communal withdrawal from the mainstream, for the sake of sheltering one’s faith and family from corrosive modernity and cultivating a more traditional way of life.”2

I disagree with both Franklin and Dreher, for one reason only: failure to engage with the Liberal Party will inevitably result in it, and indeed the government, being used as a weapon against us. 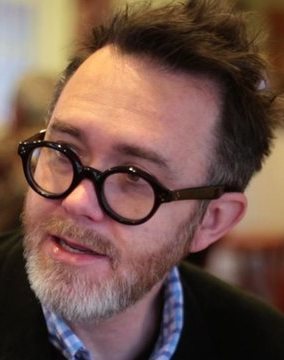 Firstly, we’ll consider Franklin’s position. Say, hypothetically, this new Conservative Party of Australia manages to garnish 50% (a generous estimate) of the erstwhile-Liberal vote. One of two outcomes will follow: (a) without a sizable, semi-unified right-wing opposition, the Labor Party would be guaranteed perpetual victory, which they’ll use to suppress conservative and Christian values throughout the country; or (b) the Conservatives and Liberals would enter permanent Coalition, at which point the Conservative-Liberal split itself was redundant.

Secondly, Dreher’s position. The Benedict Option is not technically predicated on withdrawal from mainstream politics altogether, which is why I find it difficult to take seriously. Dreher’s own definition of the Benedict Option suggests that Christians live intentionally together, fostering one another’s values that the light of true faith mightn’t be extinguished by the winds of modern society. But Christians should, to some degree or another, do that anyway. I’m afraid the Benedict Option is a romanticization of an old idea present throughout the Church’s history.

But I imagine many conservatives are leaning toward a rather different form of the Benedict Option: total withdrawal from mainstream politics. Tony Abbott’s ousting has shattered what little hope many had for the Liberal Party, and they (understandably) don’t believe there’s a place for us within the centre-right establishment any longer. But the only way that this will be necessarily true is if we stop trying. If we demand to have our say, we might get it; if we stop demanding to have our say, no one will ask for it.

I believe this is a good rule of thumb at the worst of times, but things aren’t so bad as that. For one, we should recognize that Mr. Abbott, for all his merits, wasn’t the be-all and end-all of conservatism. He failed conservatism by not abolishing 18C of the Racial Discrimination Act 1975 (Cth), pushing for constitutional recognition of Aboriginals, and compromising Operation Sovereign Borders by agreeing to accept 12,000 Syrian migrants. The political establishment probably can’t be completely and unambiguously conservative, and we shouldn’t pretend it was until recently, or that it will be in the near future. This is owed simply to the fact that 50% of Australians aren’t traditional conservatives, and haven’t been for some time (if ever). Of course, we ought to strive to win over 100% of Australians, but we shouldn’t pretend the odds have been in our favour at any point in recent decades.

Conservatives, therefore, are always in opposition, even within nominally conservative parties. The same will prove true of the Turnbull government.

Mr. Turnbull is patently dependant on the right-wing of the Liberal Party. We can see this in his muted republicanism and consenting to vote against his conscience on same-sex marriage in the lead-up to the spill. We can see this more recently in his agreeing to support Mr. Abbott’s former line on same-sex marriage and immigration. Mr. Turnbull, himself a centrist, is interested in solely being Prime Minister, even if that means leading a government more conservative than himself. He’s agreed to lend his considerable talents to the Party’s right-wing majority in exchange for the Lodge. Conservatives, who have never fully had their way in the Liberal Party, should not be perturbed by this fact. We should be willing to work with the Turnbull government, but not for it, as we always have done with centre-right governments. His Prime Ministry will be governed by the pervading interests of the party room; we should therefore not see ourselves as standing in any dramatically dissimilar position to the Liberal government than we did before the spill. 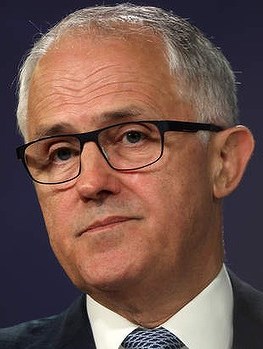 We may even see this leadership change as an opportunity to reflect positively on the place of conservatives in the Liberal Party more generally. Decent a man as Mr. Abbott is, and as fundamentally conservative his instincts, many conservatives refused to openly criticize him in the belief that “he’s the best we’re going to get.” This gradually evolved into a sort of personality cult, whereby he was seen as the epitome of conservative statesmanship—where to criticize him was to criticize conservatism itself. This is why, when he lost the Prime Ministry, conservatives fell into deep despair despite the fact that the Turnbull government pledged to take up virtually all of Mr. Abbott’s causes.

Not only is this muddle-headed, but it’s basically detrimental to conservatism. Firstly, there never has been, and never will be, a perfectly conservative statesman. We must be prepared to criticize conservative politicians when they act outside of our principle—criticize them constructively, diplomatically, yes; but criticize them all the same. Secondly, there can be no personality cults in conservatism. The loss of one statesman will never entail the loss of conservatism altogether. That is to say, strong an ally as Mr. Abbott was, we can do without him. He must be treated (and I’m sure he’d want to be treated) as a vehicle for our shared values, his high office guaranteed only insofar as he advances the conservative agenda.

So the rise of Malcolm Turnbull ought to be cause for a new sobriety in Australian conservatives, not garment-rending. As there was a conservatism before Abbott, so shall there be a conservatism after Abbott. We should seize this opportunity to consider our besieged position, not only in the post-September 14th Liberal Party, but in all center-right parties at all points in time. If we stake our hopes in a single party or statesman, we’re doomed to be disappointed at some point or another. Rather, we must see political parties (or at least viable ones) for what they are: vehicles for a group’s agenda, occasionally by necessity disappointing its constituent parts. This simply means we must keep up the pressure on the Liberal Party—and the Republican Party in the US, and the Conservative Party in the UK, and…—to govern according to conservative ideals, while fighting for those ideals in other fields: culture, education, religion, philosophy, the media, and our day-to-day lives. This has always been the most sensible means of advancing conservatism, and we shouldn’t waver now.

– Michael Warren Davis is a native Bostonian currently studying at the University of Sydney. He is an officer of the Australian Monarchist League.

Quote of the Week: Irving Babbitt, “Literature and the American College”

Quote of the Week: H. P. Lovecraft, “The Conservative”