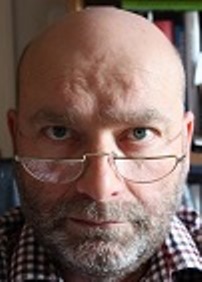 “Their greatest asset is the very ability they have to eviscerate the modern world and to point to its follies and contradictions. They may be commenting on the sidelines, but their comments are substantial, weighty and worth listening to. Edmund Burke is no lightweight, and the same can be said for many of the thinkers we shall be engaging with in this study, whether it be Burke’s contemporary Joseph de Maistre, or more modern thinkers such as Joseph Ratzinger and Roger Scruton.

“This intellectualisation of reaction suggests that we should not confuse fatalism with quietude.These thinkers do not withdraw entirely in the sense of not wishing to argue for their point of view. However, they have chosen not to engage directly in political change. Instead these chose to write, to educate or to preach and to show that there is an alternative to the constant call for change. This form of reaction takes a very different form from that of Evola and his militant supporters who used bombing and assassination to try to make their point. It is also very different from modern mainstream conservatism, which accepts much of the jargon and approach of progressive politics and so joins in with the parade towards utopia.”