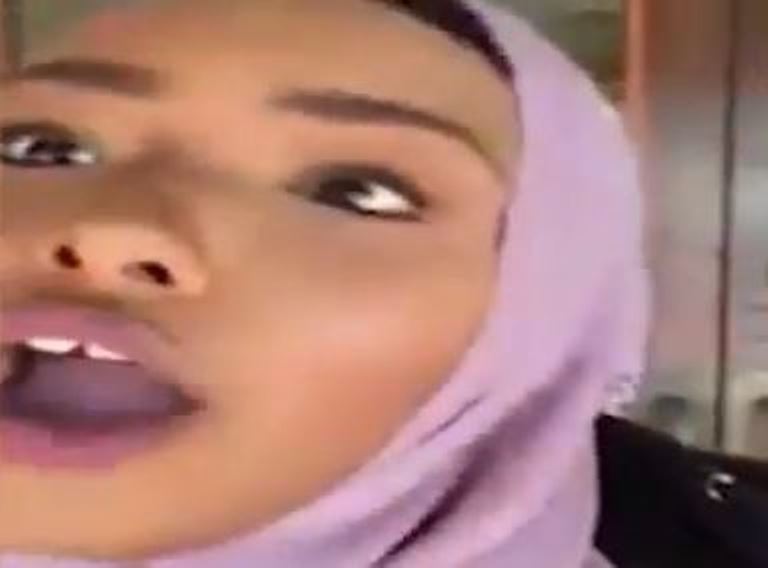 It’s all over the internet – video of a man being accosted by a Muslim woman on the campus of Curtin University in Western Australia. We only have part of the incident recorded – but the part we do have shows the woman screaming at the man to the effect that he has no right to be there and he must leave. Her objection seems to be that the man is wearing a shirt (we never see it) that somehow supports Pauline Hanson. Apparently this act alone constitutes hatred of Muslims – which we are told by the screeching woman they are “sick of”.

Most people are familiar enough with the facts – and can view it for themselves – I need not waste words recounting the episode. I would like to do a bit of detective work however, because the narrative is already beginning that this man “must have done something”, before the video started filming, to make this woman behave so erratically and hysterically. I don’t think that stacks up against the evidence we have.

Firstly, when people “set up” incidents, we usually have film that “creates the scene” and has evidence of editing. This film plays as if a person were caught by surprise and suddenly whipped out their phone in an act of self-defence in the form of record.

Consistent with this are the woman’s ravings. Her entire rant is based upon his T-shirt – not once does she suggest that he has uttered a word or performed any other action that could constitute improper behaviour of any kind. If he goaded her, called her names, physically attacked her (as she almost appears to attack him) – then why isn’t she throwing that back at him? Why isn’t she putting is offence on record as the camera is filming? Because it never happened.

The man has made a subsequent video explaining that this woman and others recognised him from various rallies and accosted him on sight. That narrative is consistent with the film and its presentation.

I make the following observations:

If this woman is so “sick” of Muslims being daemonised – why does she conform to the ultimate stereotype of the low-impulse controlled fanatic just itching to take things to the next level? She really comes across as unhinged, and one shudders to think how she would react to a situation more serious than a T-shirt. If a T-shirt makes her do everything but get physically violent (when a camera is on) – then what is she likely to be capable of when she is more directly confronted? There is nowhere else for her to go except for the world of violence.

If she was concerned about the image of Muslims – she hasn’t done them any favours with her behaviour. Beyond that, we know that certain disaffected Islamic youth are vulnerable to extremism (at least that’s what we keep being told). Behaviour like this is exactly what any rational person would look for when trying to decide if a young person was likely to be susceptible. I don’t know this woman, I have no idea what her views are on ISIS or terrorism or even what sect she follows in her faith – she could be a pacifist for all I know. I accuse her of nothing. However, if I were to judge her susceptibility to extremism based purely upon her performance in this video, then I would have to be concerned, and would feel a sense of comfort if the state took an interest in her.

She wears a hijab – a garment not required by her society, government, nor faith. It is not an article of mandatory compliance in Islam. Many Islamic women elect not to wear it – yet remain “modest”. The garment is an identifier. It is a symbol, a signifier. It is a political statement. It is not like wearing a cross around the neck – for in Islam: faith, law and politics, are merged into a single concept. In Christianity, Caesar is given what is his.

She seems to think that only certain political statements are allowed to be made – clearly she is not supporter of free speech. Is this yet another stereotype she is perpetuating?

The man in question has been shown to be a classic Anglo-European type Australian. Interestingly, all those of his demographic seem to form a wall alongside the Muslim woman – the aggressor. One fellow in particular, who has an unfortunate resemblance to a young Leo Sayer, (sorry Leo – I do love your work – but that hair only belongs on you) seems to be the “muscle” (in a definitive beta fashion), standing with folded arms ready to defend the hijabed one should “things get serious”. Oddly, it appears from the video that it is the woman who initiates physical contact in aggression (the man distinctly says “Don’t touch me!” at one point) yet he is treated like the aggressor from whom the woman needs protection. Our “Beta Leo” doesn’t seem to do the manly thing and try and calm matters down – he’s letting the women do all the talking. He probably fears he might accidentally oppress one of them. Luckily for the Islamic woman, a foul mouthed blonde comes to her defence with fresh accusations of woman and Muslim hating. She too, tells him to leave the campus – but in a manner more akin to the sailors below deck.

I find it interesting that these Anglo-Australians seem to have no sense of identification other than abstract ones defined by political platitudes and fads, unlike the Muslim woman they so readily seek to defend. Her identity is much more concrete. No Anglo takes any interest in the actual victim’s welfare nor in the process of making peace.

I am sure that this complete lack of in-group recognition is what gives people like this Muslim woman the confidence to make accusations of racism and Islamophobia and “protofascism”. She knows that such a narrative will be assumed by others because the accused is a white Anglo male. She is confident that his own will not seek to defend him or even show interest in his welfare. I’d be very interested to see how this scenario would have developed had a group of Islamic males suddenly walked by in the middle of the argument. The signifier would have been recognised – and I am certain that they would have gone to her defence. They would have felt a sense of obligation, and likely have addressed her as “sister”.

Unfortunately, this man is now probably going to suffer all forms of social and economic sanction for being in the wrong place at the wrong time and committing “thought crime”. What a pity this woman didn’t simply greet his T-shirt with “Salaam Alaikum”. Maybe then a conversation would have ensued. That’s what I’m used to t-shirts starting – no matter how offensive they are.

– Cecil Lansdowne is a student of politics and a conservative grass-roots campaigner in the Sydney region.

Video from ReporterBox describing the event at Curtain University. Unedited video – including the soothing tones and pleasant features of the purveyors of tolerance – is replayed at the end of the report.