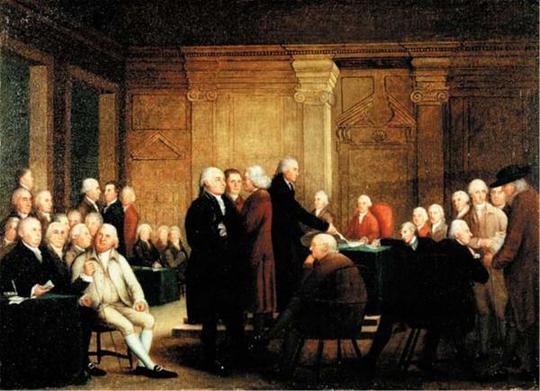 Perish, shining republic — taller than the sky;
You are a white-washed tomb, In you dead men lie;
You had ate the world from your seven-hilled home;
You have eaten the world and now you stand alone!

Creeping round the corners of your consciousness;
Two come crawling out from your cosmic mess;
You made all men equal by the power of a right:
But none of it will stand in absence of your might.

Everywhere is America if men should come or go;
That was your belief — to now from long ago;
Perish, shining republic, red with fratercide;
Slick with undried blood, creased of tears that dried.

Vulgar you are sith you heeded the words of Locke;
You were honorable Englishmen, you were of Aelfred’s stock;
Tear down your memory and hope the wight will fade;
But by the curse upon you forgetting was forbade.

We are caught in ecstasy a world-dream before death;
Sith the Revolutions caught and ended living breath;
Seventeen eighty nine and sith then its not enough;
We have fallen in a nightmare and no one can wake up;

Quote of the Week: Kenneth Pickthorn