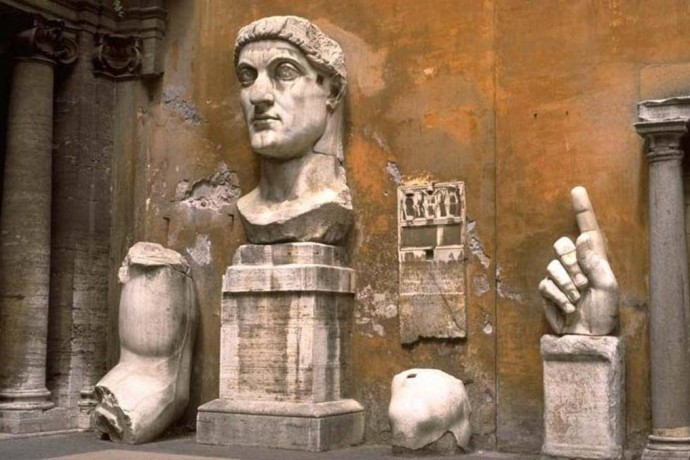 When Pope held forth to Emperor the orb

It fell beneath the nations being born

Trampled to shards—and we were not united.

And when the doctors scoured the sacred texts

To find the lore to heal their broken heart,

But what they found was far too frail to mend—

Mere flesh and ink—and we were yet apart.

But when the Turks stormed through the broken doors

And made the cross fall from the bishop’s hand,

And forced their captives blinking in the sun

To lay the naked victims on the shore,

The Greek girls by the friars on the sand—

— Carl Hildebrand  is a Latin Old Calendarist (i.e., traditional Catholic) writing from the American Midwest. His poetry has also been published in Social Matter. Under another name he writes academic religious history.