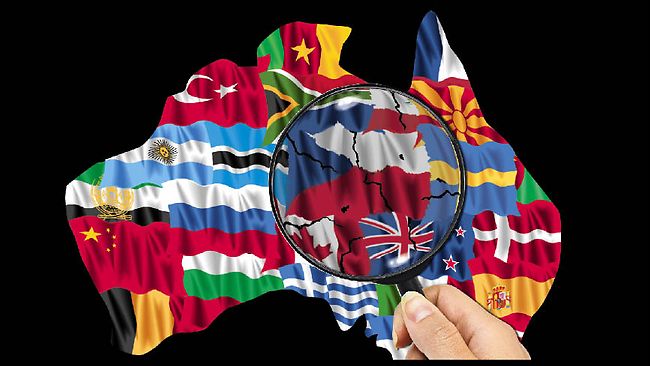 Subscription identity is but multiculturalism by another name. What do I mean by this term? The notion that regardless of one’s identity: by culture, race, religion or creed, one can ‘subscribe’ to a National Identity by implicitly agreeing to a set of core values.

We see this often in Australia, where one is regarded as ‘Australian’ by agreeing to ‘support’ ‘Australian values’.

What does support mean? Does that mean to actually uphold such values? Does it mean to have them as part of one’s set of beliefs? Does it mean to not get in the way of such beliefs in spite of one’s own? Does a person born in Australia, whose parents were born in Australia, and grandparents and so on cease to be Australian once they decide to repudiate such values? Is it a term applied only to those migrating to Australia or ‘from migrant stock’? In which case, does that not, by default, suggest that Australia in fact has an aggregate racial identity that is implicit in what it means to be ‘Australian’?

What are these Australian values? Where are they kept or recorded? Are they locked away in a cultural memory or cultural practice – if so, then whose – it can’t be everybody’s if many cultural memories are present in the nation? Are they written down in a government document – if so, is identity then ‘constructed’ by bureaucrats? We hear the words ‘mateship’, ‘democracy’ and ‘a fair go’ bandied about constantly as descriptors of what Australian values are – but what do any of the words really mean? Aren’t they just nebulous fluff? Is it not the case that when people prattle off this list of very vague words that there is an implied “Well, you know… you just ‘know’…” – and doesn’t that in and of itself suggest an underlying distinct cultural memory?

How does a person ‘subscribe’? Isn’t it implied that a person subscribes simply by being a citizen – but if they clearly don’t subscribe in practice then are the ‘unsubscribed’ as a citizen? Who actually measures, and by what yardstick, whether someone has actually ‘subscribed’? Isn’t this just a convenient term to make people feel included who are recognised as being from a ‘minority’ culture, race or creed? If so doesn’t that imply the existence of a majority one, and if so what is it? Does this majority identity play a role in determining the nature of Australian values or identity?

The above are but a series of questions that shall be answered in greater detail in future pieces, but for now – let the questions at the very least start the thinking process.

Is it not the case that when most people talk in terms of ‘subscription identity’ what they are really doing is advocating multiculturalism – but placing caveats upon those specific cultures, or certain individuals from specific cultures, which they have decided are so incompatible with existing living practice in the nation that they want to be able to curb or exclude it or them?

How then is such a ‘subscription identity’ way of thinking going to be of any use in nurturing, protecting and enhancing the existing host culture (assuming of course that there is one)? It appears to me that subscription identity is but qualified multiculturalism and designed for those who wish to accommodate the extremes of reality which are now so stark, only a fool would deny them. However, the overall nature of reality as it pertains to identity seems to still elude such ideologues.

For the sake of the host culture and for those from outside of it whom the host has chosen to embrace, organically – I hope that Australians at least can start talking honestly about identity as it is steadily manipulated by a political class intent on preserving an economic model regardless of its cultural consequences.

The author is a legal practitioner and the host of Carpe Diem, Sydney’s only explicitly Traditionalist and Paleoconservative radio programme broadcasting on 88.9FM, between 8:00 to 10:00pm, Mondays. This article was originally drafted on Sunday, 16 June 2013, as part of the author’s brief series “Aside”.

4 Comments on "Multiculturalism by Another Name"