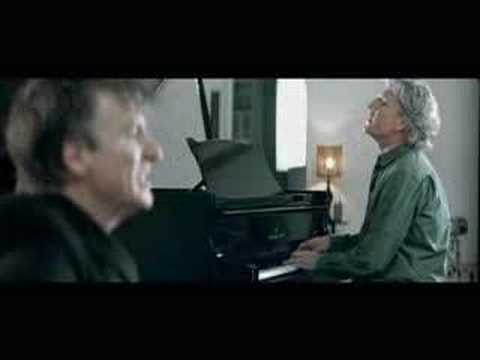 What follows are programme notes for the “Conservative Song” segment of Radio Carpe Diem compiled by Dominic Giemza. The notes were produced for a broadcast of Monday, 5 July 2010, and form the basis of a live on-air discussion about conservative and traditionalist themes that can be inferred from items of popular music. Radio Carpe Diem is Australia’s only paleoconservative and traditionalist radio programme and can be accessed online or free to air at 88.9FM at 8:00pm to 10:00pm Mondays (Sydney, Australia). Readers’ comments are welcome here at SydneyTrads. Listeners are encouraged to tune in and engage in the discussion. 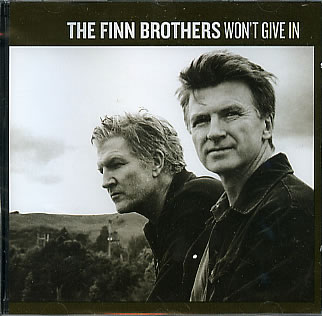 Renowned for their bands “Split Enz” and “Crowded House” as well as fruitful solo careers, Tim and Neil found time during a band hiatus to write songs and record two albums together as “The Finn Brothers.” This song hails from their 2004 album “Everyone is Here” and was covered in 2005 by Australian country singer Sara Storer on the hit tribute album “She Will Have Her Way: The songs of Tim and Neil Finn.”

There is some conjecture about the narrative – the story – that is being expressed here. Set in the middle of a long distance call the song sets out a man’s responses to an unknown plea from the other side of the line. Temptation from an old flame perhaps or from a person or a life (or an estranged wife) far away from home, a plea for comfort from a far flung family member, we never know, but the obvious family and marriage references indicate that the singer is appealing to something that is a challenge to that.

The strongest conclusion is that the singer is actually persuading the person on the other end of the line to return to her family or their roots. The problem is the references to “disappear” – it sounds like a wish for the person to go away but maybe it’s a reference about us as people – all eventually fading, disappearing without our family and roots. The middle 8 appears to be where the plea to the other side of the line is strongest – are they to turn around and stay away or are they to be turning around and coming back?

As New Zealand is probably the world’s most isolated civilized country, and New Zealanders are well known for seeking their fortunes far away from their homeland, the pressures faced by separation are real indeed and homesick people around the world would sympathise.

Whatever the narrative that you settle on the song is striking in its appeal to the traditional family. It’s about maintaining your roots (in the broad sense of carrying on a family through the generations) and evenly more strikingly maintaining your vows to that family (through the vows of marriage). Even from the edge of the world. This would apply to the person at either end of the line.

A message of hope:

‘Cause everyone I love is here,
All at once, and I’ll show you how to get here.

You call me up and I’ll say a few words,
But I’ll try not to speak too long,
Please to be kind and I’ll try to explain,
I’ll probably get it all wrong,
What does it mean when you promise someone,
That no matter how hard or whatever may come.

Once in a while I return to the fold,
With people I call my own,
Even if time is just a flicker of light,
And we all have to die alone,
What does it mean when you belong to someone,
When you’re born with a name, when you carry it on.

A chance is made, a chance is lost, I carry myself to the edge of the earth.

Be the first to comment on "Thinking Right About Pop Culture: The Finn Brothers – I Won’t Give In"