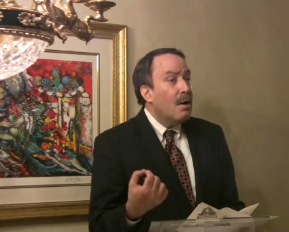 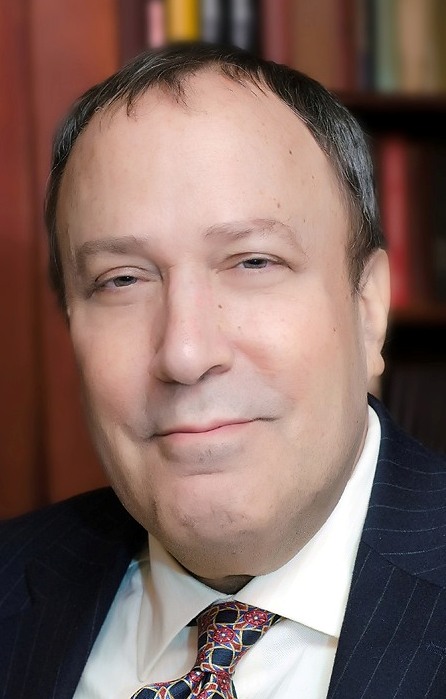 Lawrence Auster, photographed at one of the last “View From the Right” dinners in New York, USA.

“Almost overnight, without debate or public awareness of what was happening, mainstream opinion adopted a radical new credo. ‘We must respect all cultures equally,’ ‘All cultures are equally enriching,’ ‘America’s strength lies in its diversity’ – these slogans have become slogans of our national faith, without anyone’s thinking too clearly about what they really mean. There is an enormous difference between accommodating ourselves to diversity by saying that the diversity exists, that it presents certain challenges to a liberal order, but that we must deal with it as best we can, and saying that diversity is the highest good, to be pursued as an end in itself. The former position leads to a realistic response to the actual circumstances in which we find ourselves; the latter to a search for utopia. Unfortunately, it is the utopian way of thinking that has become dominant. Thus we keep hearing the strange idea that our nation can become ‘strong’ in the pursuit of unlimited diversity. Two thousand years ago, the historian Polybius voiced the traditional wisdom, that ‘every state relies for its preservation on two fundamental qualities, namely bravery in the face of the enemy, and harmony among its citizens.’ By contrast, today’s progressives seem to believe that the state relies for its preservation on unconditional accommodation to foreigners and maximum diversity among its citizens. They seem to think that since a moderate degree of ethnic diversity (mainly among European peoples along with a black minority) has been by and large a good thing for America, therefore, an unlimited amount of diversity (among all the peoples of the Earth) must be even better – which is like saying that since a few glasses of water a day will keep you healthy, a hundred gallons a day will make you a superman.”

▪ Lawrence Auster, The Path to National Suicide – An Essay on Immigration and Multiculturalism (Old Line Press, 1990) extract from page 29.

Tremors in the Overton

Be the first to comment on "Quote of the Week: Lawrence Auster, “The Path to National Suicide”"