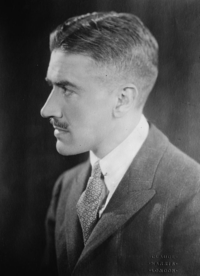 “The opposition of a great conservative like the Seventh Earl of Shaftsbury to the Reform Bills of 1832 and 1867, and the Ballot Act of 1872, was … not due to his dislike of the people or his inhumanity, for he was the most solicitous guardian of the people’s welfare that has ever lived. It was due to his Tory conviction that, provided that a gifted leader of his people understands his duties and responsibilities, he is more valuable to them as a champion of their cause than as a chosen instrument of their wayward will. This does not mean that a conservative does not believe in liberty, self reliance and independence. An English conservative, indeed, must believe in these possessions, for they are characteristic for the finest qualities of his race. But in state administration liberty without knowledge or wisdom may mean disaster. The utmost liberty of the subject in his private life with the utmost guidance of his will in national politics is the conservative ideal. Thus the true conservative politician conceives his political activity as a responsible function of patriarchalism. He does not think it wise to allow a child to play with what it cannot understand, particularly if its national permanence is at stake.”

Quote of the Week: Justin Raimondo, “Reclaiming the American Right”

Be the first to comment on "Quote of the Week: Anthony Ludovici, “A Defence of Conservatism”"