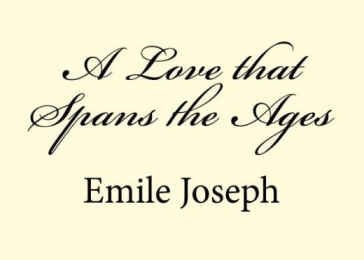 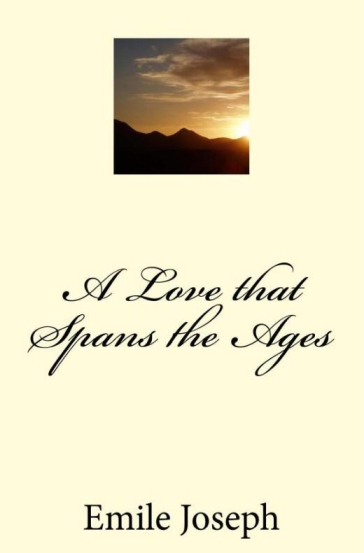 Emile Joseph, “A Love that Spans the Ages” (Nightlight Books, 2014)

Emile Joseph has written several short pieces for SydneyTrads over the years, mostly fiction for the young at heart and a few dissertations about the use and misuses of the English language. We are pleased to announce that he has recently published a short book which is available for purchase through Amazon: A Love that Spans the Ages (Nightlight Books, 2014).

At 128 pages, this story is about a 15th century pious knight who travels six hundred years into the future to rescue his betrothed from the hands of a witch. He is aided in 2014 by a professor and a young lady. Divine love as well as romantic love and friendship strongly feature as dominant themes in the narration.

In many respects, Emile’s approach is in fact a paean to the traditionalist archetype of the “fairytale”. On first glance, this may seem like a clichéd or stock-standard approach to the medieval romantic quest of hero and his struggle to win the affections of or rescue his beloved from impending evil. However, the author’s intentional adherence to the chivalric mythos is a restatement of the perennial wisdom inherent in the normative relationship between man and woman. In a short interview with the author, Emil Joseph rhetorically asks:

“Have you noticed that in many retellings of fairy tales these days, and in mediaeval dramas like Game of Thrones, the woman is the heroine and the man is either a bumbling idiot, an evil villain or a hapless wretch in need of feminine salvation? Actually, that is now the standard storyline for all kinds of comedy and drama.”

The character of the witch is, in the words of Emile, “a feminist before her time.” The author states that the witch calls herself Cassandra Caligo, although her surname was originally Cole. This is because caligo is Latin for “darkness” (which is explained in the book), and this sets the scene for the symbolic personification of a certain type of moral corruption within the female character. Emile adds that:

“The word ‘feminist’ is never actually used by anyone to describe her, but her choice of words, her lust for power, her attitudes to God and man, her malevolence and her habit of using men and spitting them out, make it clear that she is the prototypical feminist.”

Thus that morale of A Love that Spans the Ages can be found as much in the basic storyline as in the manner in which is it presented to the reader. Emile has borrowed extensively form the Bible, in particular from the Song of Songs, Samson and Delilah, the Gospel and many parts of the New Testament, as well as from the classical literature of C.S. Lewis, from Antoine de Saint Exupery, from J.R.R. Tolkien. Readers will also note the influence of Snow White, Sleeping Beauty as well as the work of Lewis Carroll and from many others, all of which are woven into the storyline.

The character of Sir Dominic recalls the life of Jesus Christ in the Gospels; prayer is shown as an effective way to combat sin and evil by directing or focusing the intention of the pure of heart. Indeed, one of the main lessons in A Love that Spans the Ages is that evil is self consuming and thus defeats itself in the long run. This will become evidence as the reader is forced to compare the ethics of 15th century chivalry with 21st century incivility. Emile Joseph is a modern traditionalists in a particularly Christian sense. The author states that:

“I have highlighted forgiveness and longsuffering love, in contrast with the ephemeral, carnal sexual conquests of one of the shallow characters. I have tried to show that anyone can be forgiven and redeemed except those who do not want to be redeemed. I have used poetic language and some Latin throughout the book, but not in mockery or parody as so many people do today.”

Emile Joseph’s A Love that Spans the Ages is available in paperback for $11.01 or for the Kindle 0.99¢. It is warmly recommended to our readers, who will certainly not be disappointed with this purchase.

Update 1: The banner advertisement for Emile Joseph’s book A Love That Spans the Ages was inserted at the end of this post on 3 May 2014.

Update 2: It has been brought to our attention that the price of Emile N. Joseph’s A Love that Spans the Ages has changed on the Amazon website. It appears that the cost of items fluctuates depending on online trading. The prices listed in the above review were correct at the time the book was published and originally listed for sale online.

Quote of the Week: H. P. Lovecraft, “The Conservative”