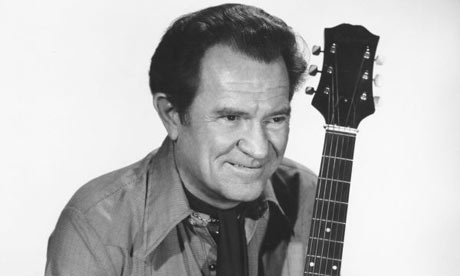 What follows are programme notes for the “Conservative Song” segment of Radio Carpe Diem compiled by Dominik Giemza. The notes were produced for a broadcast of Monday, 31 March 2014, and form the basis of a live on-air discussion about conservative and traditionalist themes that can be inferred from items of popular music. Radio Carpe Diem is Australia’s only paleoconservative and traditionalist radio programme and can be accessed online or free to air at 88.9FM at 8:00pm to 10:00pm Mondays (Sydney, Australia). Readers’ comments are welcome here at SydneyTrads. Listeners are encouraged to tune in and engage in the discussion. 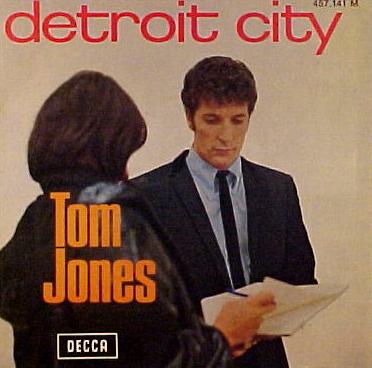 Tonight we shall be listening to the Tom Jones 1967 version of Detroit City, a classic country song that in 1963 was a top 10 US Country Single hit for Bobby Bare and which has become a timeless and much covered classic on both sides of the Atlantic. Its rather interesting that a very specific song about an alienated worker in Detroit who is too embarrassed to tell his family that his search for riches was a failure (perhaps financially or perhaps spiritually – we never know) was become so universal, becoming a British pop song thanks to Tom Jones, a surf rock song (covered by Jan & Dean), a soul song (covered by Joe Tex), a country anthem (covered by Billy Grammer and Charlie Pride) and even a Rock and Roll Song (appearing on Jerry Lee Lewis’ 1965 album Country Songs for City Folks).

They say that the USA is really 5 countries in one, with several distinct regions and many ethnic groups. The industrialized North-East of the USA with its big cities, big business and big government it is your typical industrialized liberal utopia or at least it was in the 1960s before globalization laid waste to it. The North-East is multi-cultural no just as regards the immigrants from all over the world but also as regards immigrants from other parts of the USA that all once fed its satanic mills (before those mills were shipped to China). The South of the USA is quite different with its rural communities and extended family groups that live in clans such as the feuding Hatfields and McCoys. It’s a more traditional society with its own vernacular, its own cuisine and a distinct cultural identity.

During the post war consumption boom many people from the rural South headed to the industrial North East in search of money and the material American dream. Many didn’t make it. Most felt alienation and loneliness, the separation anxiety that comes from being away from your native land and your kin. And so we come to our song a mournful lament of a Southerner missing his family, his people and his land but one who is crippled by material pride.

I’ll leave it to Tom (with his fabulous diction and operatic sense of drama) to go through the lyrics but I would like to draw your attention to the spoken section of the song which has a religious dimension in a reference to the sin of pride:

‘cos you know I rode a freight train North to Detroit City,
And after all these years I find I’ve just been wasting my time,
So you know what I’m gonna do?
I’m gonna take my foolish pride,
Get it on a south bound freight and let it ride,
I’m gonna go back to the loved ones,
The ones I left waiting so far behind. 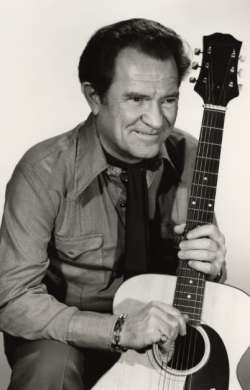 The song was written by Danny Dill and Mel Tillis who are not black. Their experience is not limited to a specific cultural group or a specific cultural wrong (such as slavery) but resonates through out the Western world and this is why it has been performed by black and white performers in different cultural contexts. Now Mr Tillis is a Florida native who is renowned for his stutter and who is still with us singing and playing. The late Horace Eldred “Danny” Dill was born in Tennessee in 1920 and was a star of the Grand Old Opry from 1940 onwards. In his 2008 obituary he was referred to as part of North American Historical Cultural Memory. Like many in the Country music game he had a philosophical approach that belied the simplicity of his songs.

What follows is a poem of his that he wrote 10 years before his death about our dystopic present, reflecting philosophically and spiritually on an incident where a Government Computer lost his records and declared him to be non-existent. It was featured in his obituary which “rather poignantly captures his (and many folks’) attitude toward growing older and, perhaps, falling between the cracks of an increasingly impersonal system of social organization.”

My Desire to Retire

There are some who walk with the arrogant pose.
Their little light shines and their worthiness shows.
I think it’s a comfort when somebody knows
Their name is a thing to admire.
I used to feel pretty much that way myself.
I’d about done it all, there wasn’t much left.
And it’s a reasonable thing, to put it on the shelf,
When it comes time to retire.
So I skipped into town in the shank of the morn,
With numbers and figures and appropriate forms,
Never dreamin’ I’d find that I’ve never been born.
‘Least, that’s what a mean lady said.
She said, “We have no record, I fear.
The computer’s unplugged, and Jim’s out for a beer,
And I’m not talkin’ to someone that’s not here,
‘Less he can prove he’s not dead.”
I said, “Dear lady, just glance this-a-way.
See me movin’ my finger. Can you hear what I say?
I lived a lot of years to get this-a-way,
And I think it’d be plain to see.”
“I admit there’s a blemish or two here and there.
My belly’s too big, and I’m losin’ my hair.
But with all my failin’s, you ought to be fair.
You’re just got to trust me…it’s me!”
Well, she plugged in again that silly-cone chip
And stared at me with her hand on her hip
And just said it right out: “You can go take a trip.
This computer don’t have you on file.”
“See here, I’ll press this button again,
And nothin’ comes out, ’cause nothin’ went in.
This machine don’t know you, so you’ve never been.
You’ve missed out here by a mile.”
Well, my ego just drooped, ’cause I’ve worked all my life,
Payin’ the government what I should’ve my wife,
And this dang machine won’t look at me twice
To see if it might know my name.
Why, I might be the leader of a cowboy band
Or the Ma-Ha-Ra-Ja of a comic book land.
But I’d like to establish who I am, if I can.
It’s all just an upsettin’ sham.
And what if I’m leadin’ another man’s life,
A-huggin’ around on another man’s wife,
Who’d be justified in takin’ a knife
And makin’ two of whoever I am?
I’ll tell you such doin’s’ll rough up your hide
And make you start thinkin’ you may not survive.
Lived seventy-four years and thought I’s alive,
And this little machine wipes me out.
With the help of that lady, without any shame,
I’m denied recognition and robbed of my name.
You sure can’t retire if you ain’t in the game,
And by now I’m beginnin’ to doubt.
It’s demeanin’, beholdin’ some infernal gink
With bells and buttons and things that go “dink,”
With no heart to feel and no brain to think.
Even God must tremble at this.
Our good Constitution guarantees that we’re free,
And some call it progress, but how can that be?
They’ve got machines that’s smarter than me.
I could die, and I’d never be missed.
Speakin’ of dying, I hope and I pray
When I get to heaven on Judgment Day,
St. Peter won’t look out at me and say,
“Pilgrim, I’m not playin’ tricks.”
“The Holy Computer is broken, and so
The screen is just blank, and there’s no way to know
Where in Eternity you’re s’posed to go.
But we’ll call you when we get it fixed.”

Be the first to comment on "Thinking Right About Pop Culture: Danny Dill and Mel Tilli – Detroit City"