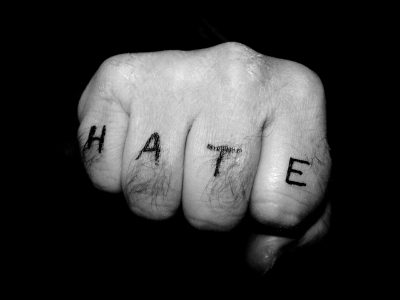 Our very own “hockey stick”, courtesy of the Left.

Just as the establishment left’s greatest political asset is ‘establishment conservatism’ (due to the later’s apparent commitment to never oppose the essence of progressive dogma) the sidestream’s greatest virtual asset would have to be leftist ‘trolls’ and their abundance of online hate. By ‘sidestream’ of course we mean those who dissent from the prevailing mono-ideological behemoth of the contemporary managerial and liberal democratic state, or in other words, those outside the so-called ‘mainstream’ who instead lead most of their intellectual lives in what is sometimes known as the orthosphere, the alternative or dissident right or those who identify with neoreaction.

As traditionalists who reject the wishful and naive belief that ‘conservative activism’ equates with ‘branch stacking’ for the local non-officially-leftist electoral party, perhaps we too fall into the sidestream of modern political life. Either way, the more one deviates from the progressive script, the greater the ire of progressives’ indignation. One happy result is that this indignation is often shared among leftist online networks almost as a quasi religious exercise of leftist self affirmation, and this results, more often than not, in the dissemination of reactionary opinion. Thus, the right’s greatest online asset would have to be leftist hate, and the liberal manner in which it is spewed forth across the matrix of virtual reality. Example:

Some weeks ago, the Sydney Traditionalists reworked a press statement which was provided to a journalist (by request) for the production of an article on mothers in the military.1 The reworked press statement was published as an opinion piece for SydneyTrads. The press statement, and the opinion piece, was intentionally confrontational to underscore the difference between principled challenge to liberalism and the milquetoast opposition offered by faux-conservatives within the political mainstream. It succeeded wonderfully. As the screen-capture image of SydneyTrads browsing history illustrates for 15 June 2014 (see above), the following day “A Gentler, Weaker Military” went live, our hits increased by a factor of at least two dozen. To the progressive commissars of the online community we say: thank you.

While mainstream conservatives fixate on issued of extreme political ennui, any willful assault against liberal sensibilities on ‘settled questions’ (here, gender fungability and female empowerment at all cost) are expectantly met with shock, revulsion, and the shrieking of Victorian ladies. On the internet, there is simply no better free publicity than the moral panics of the purveyors of tolerance.

The Illogicality of Determinism – Further Considerations

Be the first to comment on "The Right’s Greatest Online Asset: Leftist Hate"