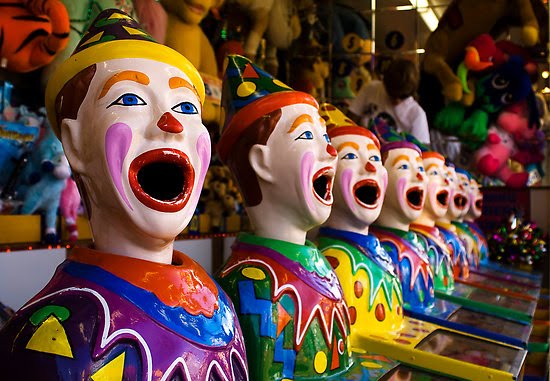 We’ve written previously about the rising specter of anarcho-tyranny in Australia. It seems that as every week passes by, there is yet another example of how this insidious dive into the jaws of the statist Leviathan continues. As has become abundantly clear, the problem cannot be remedied by supporting this or that political party, since all mainstream political blocs seem to be committed to maintaining the very social and political conditions which have fostered this degenerative trend in the first place. In the party-political paradigm, the best that can be hoped for is for the steady decline to be managed. This is because the faction that promotes itself as the major oppositional force to cultural Marxism and the chaos it begets never actually opposes the core political theories that underpin ‘progressivism’. It cannot therefore be seen as a vehicle for political salvation, or an effective bulwark against the onslaught of leftist vandalism within our culture. This is true for the US Republican Party and the UK Conservatives, so-called. The Australian Coalition (Liberal and National Parties) is no exception to this either.

Let it never be forgotten that the recent steps towards anarcho-tyranny have been taken under the leadership of a Prime Minister who was once considered to be even more ‘conservative’ than his mentor and predecessor, John Howard. Of course, it is questionable – and has been debated at length within the Australian orthosphere – whether or not Howard himself should be considered ‘conservative’ among traditionalist quarters, especially given the demographic transformation of Australia accelerated under his administration. The current Prime Minister, Tony Abbott, similarly appears to have assumed the centre-left tradition of embracing multiculturalism while eschewing any promotion or celebration of native cultural identities as the dominant or core heritage on which this country was founded. Patriotism under these ‘conservative’ leaders does not appear to be any different from the civil religion of state and its reliance on the theory of subscription identity. In other words, it does not appear to be any different from the core policy of those they purport to oppose in the Labor Party, or for that matter the more extreme groups such as the Greens.

However, what is notable in relation to recent developments on the international and domestic front is that this pandering to the centre is gradually leading towards what Guillaume Faye refers to as the “confluence of catastrophes.” This is perhaps one of the core defining features of anarcho-tyranny: as the state accommodates to the permissive demands of an ever infantilising society, it must step into the breach and provide the necessary ‘support’ or ‘protection’ in the face of ensuing chaos. Anarchy form below invites tyranny from above. The confluence of catastrophes can be seen to occur as various fronts of anarchy merge: idiocrat immigration policies have allowed – nay encouraged – alien and hostile ideologies to incubate in the outer suburbs of major Western capitals. Western identity and its cultural icons are openly ridiculed, assaulted and defamed, often with the tacit consent of ethnomasochist and xenophile domestic elites. Bulkanisation occurs on ethnic and religious grounds. Western populations, being denied the rich traditions of their own identity and history though politically correct (re)education, react with impotence or atavistic fury (although mostly impotence, for now).

What is the response from the establishment? A mantra of denials from both the left and the nominal right (or what Gottfried refers to as the ‘alternative left’) that any of this has anything to do with the childishly naive policies of said idiocracy. Those policies are maintained, but greater levels of surveillance, monitoring, and regulation are imposed to keep the modern Frankenstein of multicultural society together. Recently, PM Tony Abbott said that “the balance between freedom and security may shift.”¹ Indeed it must, now that we have created the very conditions where the strong arm of the security apparatus is undoubtedly needed to prevent a planed public beheading  of an Australian in Martin Place, Sydney, or a jihadist attack in a residential street of Melbourne. But the would-be be-headers and other jihadists do not grow on eucalyptus trees, and they weren’t brought onto mainstreet in a joey’s pouch. The presence of this Problem is the product of a certain mindset, and the current ‘conservative’ leadership in Canberra shows absolutely no sign that this mindset has been repudiated to any degree.

All that is required for a domestic terror attack, according to Abbot, is a “knife, iPhone and a victim.”² No. There is something else there that the Prime Minister has missed: an animating ideology. The reason why this was missed, of course, is because acknowledging it may lead one to ask where such ideologies are found, and that may lead to uncomfortable questions about the compatibility of cultures which are either reluctant to denounce said ideologies, or actively promote them; and in a society totally dominated by the theology of cultural Marxism, nobody can afford to be denounced as transgressing one of its cardinal sins: ‘racism’. Thus, even a conservative national leader becomes a functional agent of left-liberalism. But there is no denying what reality makes brutally clear:

Following dawn raids in Sydney on Thursday Sydney man Omarjan Azari has faced court charged with preparing a terrorist plan involving what police alleged was “random selection” of members of the public for execution by beheading […] The alleged intention was to post the footage to social media, with the victim’s body draped in an Islamic State flag.³

A teen terror suspect under investigation for making threats against Prime Minister Tony Abbott was shot dead by police last night after stabbing a Victorian police officer and a federal police agent. […] Senior intelligence sources confirmed that the terrorism suspect had been among a number of people whose passports were recently cancelled. It is believed that the man was well known to police, and had displayed Islamic State flags in the local Dandenong shopping centre.4

Just as “this has nothing to do with feminism” or “promiscuity” or “libertinism” is used to excuse or distract the logical consequence of licentiousness, hedonism and sexual chaos, “this has nothing to do with Islam” is becoming the new catchphrase which highlights the perverse irony of the contemporary liberal, managerial state. Politicians of all major parties, of all political persuasions (purportedly held) have parroted some form of this nonsense since the events of September, New York, so many years ago. Despite the actual and explicit declaration to the contrary, by the actual agents of terror, that they are indeed motivated by, and are indeed committing their acts in the name of That Other Prominent Religion, popular representatives still cling to this Orwellian one-liner. Perhaps this serves to deflect attention from the roots cause of the present mess: their powerlessness, and the gross negligence of their predecessors. But it is difficult to imagine anyone – but perhaps the most deluded or intellectually challenged – who would take the catchphrase at face value, without understanding it for what it truly is: another representation of the wishful thinking and willful blindness of utopian oneworlders. No political party has a monopoly on these social engineers or their apologists.

If only the establishment conservative lobby was not allergic to leftist libel, if only it no longer felt the need to pander to progressive sensibilities, if only it refused to allow those that wish it ill to write the rules of the political game, perhaps then the electorate would have a viable alternative at polling time, and perhaps then the idiocrat policies may be terminated, reversed, and a return to sane governance might be possible. For now, we don’t expect that this will be the last post on anarcho-tyranny in Australia, any time in the near future.

2 Comments on "The Bitter Fruit of Idiocracy"