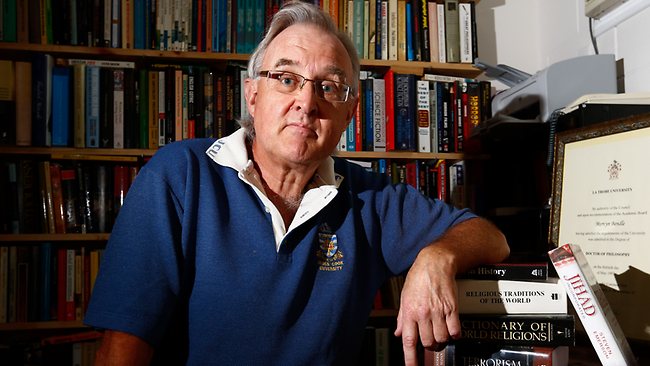 Instead of publishing our own message for this year’s ANZAC remembrance, we feel that the following exchange which occurred during the question and answer session at the 22 April 2015 Quadrant Dinner between Luke Torrisi and guest Speaker Dr. Mervyn F. Bendle, at the Union University & Schools Club, Sydney, addresses the relevant issues more than adequately: 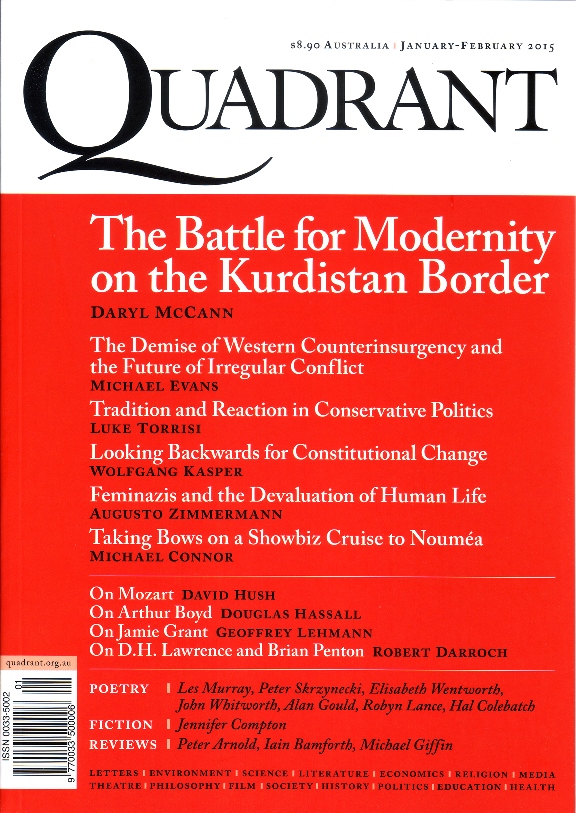 LT: “[…] with the demographic changes in Australia, do you think that the way in which we treat the ANZACS as part of our identity will shift […] from being a deep and concrete identity to a shallow and abstract one? I don’t know whether anyone’s has ever seen the memorial in Israel that’s made to mark the Holocaust; where a siren, a haunting yet beautiful siren will go off, and the whole nation grinds to a halt. Freeways will freeze, like something’s happened out of a dystopic novel, and people will exit their cars and maintain still silence for a full minute as this haunting sound reminds them of the Holocaust. And I can look at that, and I can admire it, I can admire people who have such dedication, I can look at it and it can make me think about a tragic episode in history, it can make me sad, it can make me enraged, but there’s one thing it can’t do: it can’t say this is ‘me’. Because it isn’t; it isn’t ‘me’. It is those people who are undergoing that ritual. And it helps define them. Because what they share is a shared ancestry of shared experience. And that gives it a very deep and profound and concrete meaning. Concrete meaning. Because all of those people there in that moment of silence can say, ‘one thing that binds us all together is that all our ancestors shared this experience.’ So my question is, as Australia’s demography shifts, are we going to see the identity that ANZAC gives us shift from being a concrete, tangible shared experience of identity that’s deep, to one that is more abstract, not shared, and therefore shallow?”

MB: “It’s impossible in this sort of situation to go into, if you like, the sociology of perfect remembrance, and an enormous amount of work has been done in that, and one of the insights that fuels that work is the recognition that concrete practice, concrete shared ceremonies, concrete activities carried out by people jointly is a fundamental way in which collective memory survives and evolves. So, that’s go to be a very, very important part of it […] One of the things that unique to Australia, are the avenues of honour, that are around Australia. It’s thought that they originated up in Ballarat […] in 1917 decided that the way in which they would commemorate the people who had died in amongst the Ballarat community was by planting these trees in an avenue of honour and for a period of time they did this […] at one stage they thought they’d have an avenue of honour all the way from Ballarat to Melbourne […] At least in the first generation after the Great War, families would drive out to the avenue of honour, on the outskirts of Ballarat and […] they’d come out with a picnic basket, and they’d sit down on the lawn beneath the trees, and have a picnic, and they’d actually have the picnic with, say, Jack. They’d talk to Jack and that tell Jack how things have developed, how things have gone in the family, who was doing what and so on. But Jack’s not there, you see. Jack’s dead. 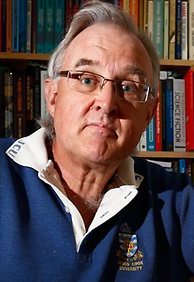 Jack’s name is on the plaque on the tree, on the avenue of honour. And so communion with somebody who’s not there is a very concrete rite or remembering them, and of going on, year after year. And you’d watch the tree grow, as Jack never did. And you’d watch the tree age, and Jack would never age. And there’s all sorts of different ways in which collective memory can be captured in concrete ways, and that’s very important. Now, as far as what’s going to happen to the ANZAC legend in the future, it’s very much a case of just how it evolves. If I’ve go anything to say about any of this, if I have anything to offer it is this: it’s organic. It’s got to be recognised as an organic thing. It looked like the whole thing had had it be the end of the seventies and into the eighties […] I don’t know if you can remember this but up until about the nineteen seventies, the place use to be full of cannons, outside the RSLs [Returned Servicemen’s Clubs] and other public buildings would be artillery pieces. And once the anti-war movement really go going, they were all just taken away and buried, melted down, dumped in the tip. Very few of them are there any more. That was a very concrete way of remembering. They thought that ANZAC would just disappear. But the void, the void that was created by the left successively left this opening, the vacuum provided the space for the ANZAC legend to flourish once again, and people just gravitated towards it. There’s the organic aspect to it. So my feeling is that it will survive, it will change, it will grow organically, and what one hopes is that it will forever emphasise the positive aspects of the core of the original vision. And I think it will succeed like that, and I think that’s why people like it. People recognise those that made these sacrifices, for these values. They want to remember them, because they value them too. And we’ll find a way.”