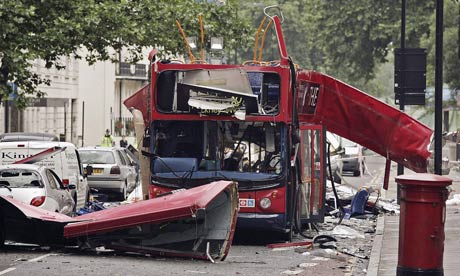 Only moments ago, Eliza Harvey of ABC24‘s free-to-air news referred to the perpetrators of the 2005 London Tube bombings as “British.” Not “British born”, but “British.” Tomorrow, London will be commemorating the ten year anniversary of this terrorist attack, which has been described as the United Kingdom’s “September 11” with the murder of 52 civilians in a string of attacks on the city’s metropolitan transport system.

So, who are these “British” terrorists, Miss Harvey? Their names are Mohammad Sidique Khan, Shehzad Tanweer, Hasib Hussain, and Germaine Lindsay. Lest the reader think that Mr. Lindsay is a son of Albion, we have conveniently provided photos of all four below for your viewing pleasure (in order of appearance):

The face of “British”, apparently; at least according to your virtuous betters.

To call the above “British” is the kind of drooling moronism that we would expect from the British press. But what this most recent example has illustrated is that our media here in Australia evidently suffers the same mentally cripling political correctness. 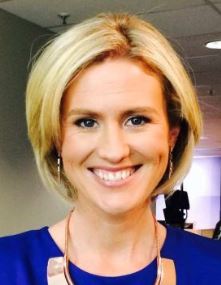 If it is reasonable to refer to these characters in terms that suggest that they are no different from the foundational peoples of the United Kingdom (English, Scottish, Welsh and Northern Irish) then it is not unreasonable to claim that Elizabeth Harvey may be the daughter of Pakistani immigrants. Nonsense of course, but this is the kind of intentionally blind, upside-down bizaro world foisted upon us by progressives in the news media.

So what exactly is going on here? Good thinking liberals are constantly looking for ‘bigotry’ to root out, expose and expunge – at least among people who may look like the grandchildren of the English, Scottish, Welsh or Irish. Anything that may tickle the somnambulent atavism of Western peoples must therefore be avoided. Thus, no reference to the alien character of hostiles who our moral betters have allowed into our polis is permissible; and likewise, any expressions of national particularism among members of the host population is equally, and strictly, verboten.

So, militant Islamic Pakistanis (albeit born in the United Kingdom) simply must be referred to as if they were in no way whatever different from the overwhelmingly white liberal idiocrats who let them in. Otherwise, who knows what might happen? For one, more people might be questioning the simplistic assumptions of one-worlder utopians who set the narrative and further submit our homelands into the quagmire of social chaos, ethnic bulkanization, religious and cultural conflict. But we can’t have that, now can we…