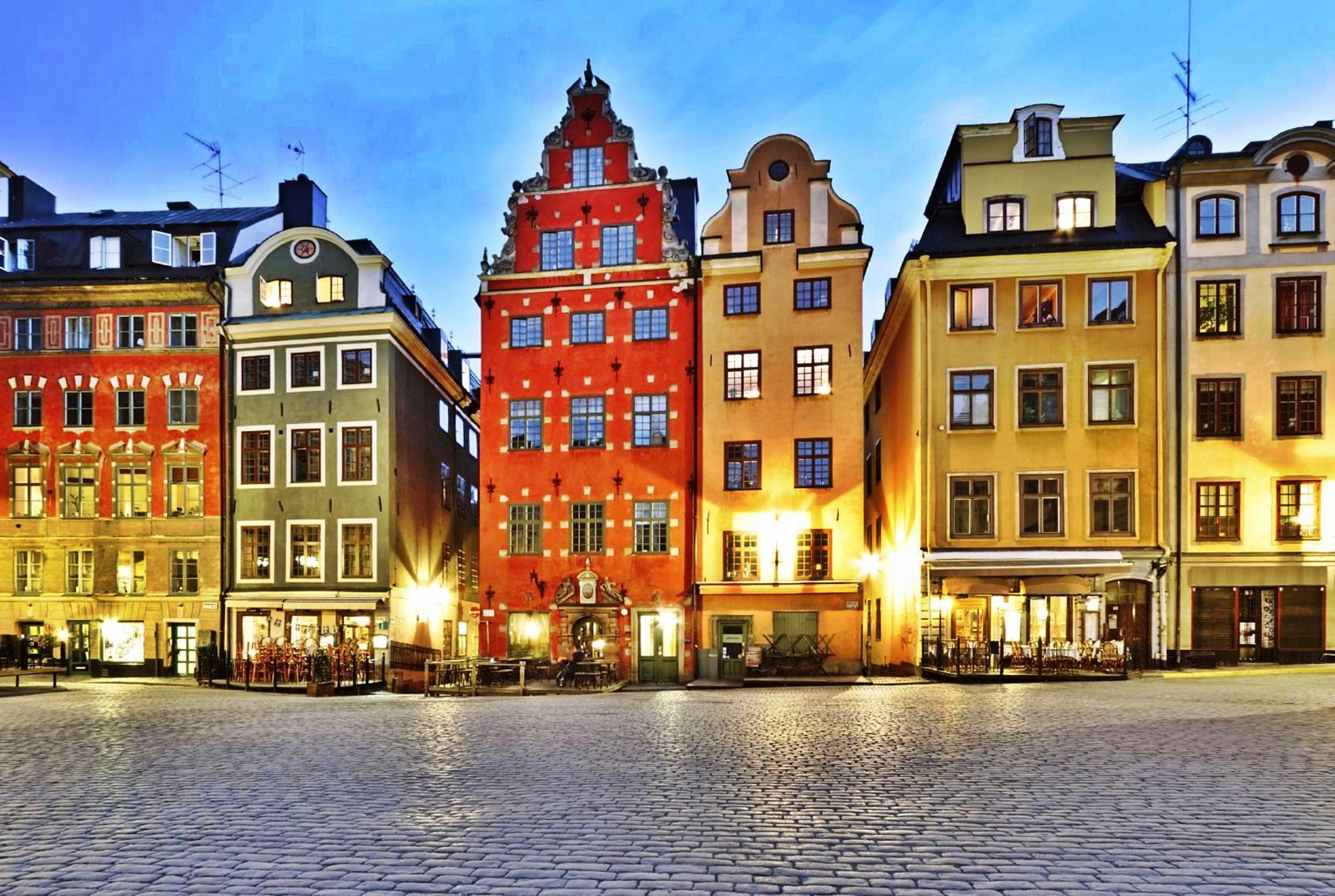 The Rise of the Right in Europe:
The Need for Traditionalism

Ever since the end of the Second World War, the ideology that underpins social democracy and liberalism has seemed like an impregnable fortress for those outside the utopian experiments of political progressivism. But a wind of popular rightist parties has recently swept through the European continent, and though this appears to be only the beginning, these parties and movements attract increasing support among a growing body of voters. The current migration crisis, general political apathy and an increasingly pronounced distrust for the establishment are just some of the reasons for the surge of the Right. In what follows, I hope to explain why the right-wing parties of Europe needs Traditionalism to become viable forces, and what the role of the Traditionalist will be in this coming political climate. 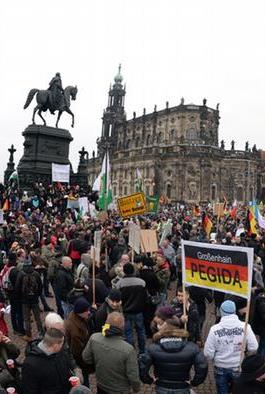 The popular Right has enjoyed a steady growth in Europe. This October, a city election in Vienna saw almost a complete takeover by the Freedom Party of Austria (Freiheitliche Partei Österreichs). Though the Social Democratic Party (Sozialdemokratische Partei Österreichs) ultimately won, it was but a Pyrrhic victory  for the Left. Vienna has been the secure stronghold for the Social Democrats, holding the capital ever since 1945. This election showed that not even Vienna is a safe haven from the rise of the political Right. Meanwhile in neighbouring Germany, the PEGIDA (Patriotische Europäer gegen die Islamisierung des Abendlandes) rallies came as a surprise to many. The numbers at these protests grew to such unprecedented levels that the established political and media class began to panic and appeared to do everything in their power to hamper the spirit of the protesters and dampen the enthusiasm of those who would be inclined to join their ranks. With only few exceptions, the growing interest of rightist political groups (whether parliamentary or community based) can be found throughout the continent. Even in Greece, while the establishment did their best to dismantle the Golden Dawn (Λαϊκός Σύνδεσμος – Χρυσή Αυγή) and arrest its central leaders, this group also enjoyed an increase of support at the latest polls.

Scandinavia, considered by many throughout the West as the social democracy par  exellence, is no exception to this drift to the popular Right. For example in Denmark, the Danish People’s Party (Dansk Folkeparti) has for a long time influenced Danish politics and steered it away from the general leftist drift. At the election in June this year, they became the second largest party within the political mainstream. During the last election in Norway, the official left-wing alliance lost to a coalition led by the Conservative party, which formed a government with the anti-immigration party, the Progress Party (Fremskrittspartiet or Framstegspartiet). Though the Progress Party hasn’t taken as strict a stance on immigration as its voting base would have hoped, Norway’s immigration policy would have been far more aligned with the globalist left in respect of the current migrant crisis facing Europe if the Left had been in government. Even Sweden, unmatched in Europe when it comes to left-wing extremity, the Sweden Democrats (Sverigedemokraterna) holds a 25% share of the vote, at least according to a poll from August this year. This makes the Sweden Democrats the largest party in Sweden, ahead of the Social Democrats and the Moderates.

The Role of Traditionalists

At the moment it would appear that the rise of the Right will not stop in the near future, the question now is what is the role of Traditionalists in this electoral context. The rise of the Right in Europe is of course to be celebrated, but only as a beginning of a new political paradigm that may develop in the near to mid-future. The current wave needs a direction and a solid foundation, which only a Traditionalist outlook can provide. The major problem with the popular Right is that they have no moral foundation or consistent intellectual framework to fill the vacuum after a shift of political power, other than various contradicting values used to justify the existence of the current political establishment. Most notably, many of the popular Right parties wish to preserve values such as secularism, extreme individualism or sexual liberation, from pressures from centralisation and Islam. 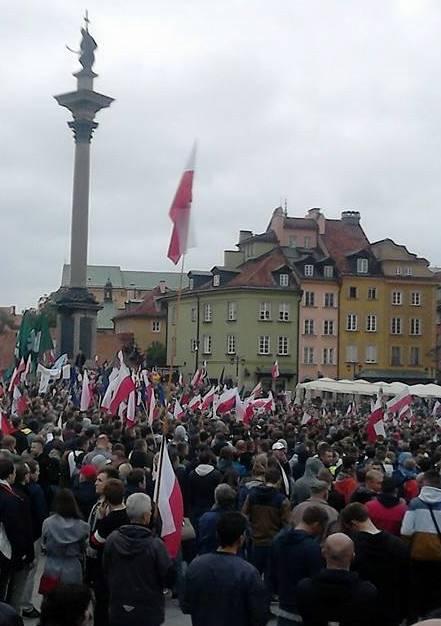 The Traditionalist worldview provides a cohesive social and political platform from which to oppose the ideologies that have lead Europe to the present crisis. Many of the popular Right parties today merely react against the discomforts caused by the social corrosion of militant progressivism while at the same time wanting to preserve the easy lifestyles that liberalism promises; this is why in the end, even the current Right will fail to save Europe from its current downfall. This is due to the fact that the macro values of social democracy and liberalism, and the micro values it produces such as Feminism, sexual liberation, free trade, secularism, etc., cannot be separated from the current political establishment. Its foundations of power is built upon these, and its increasing power grip is justified by claims to defend these values, both macro and micro. One can now see the problem which arises when the popular right makes it their cause to defend these values. While the establishment see themselves as defenders against the onslaught of so-called “right-wing extremism,” the popular right believe that it is they who are defending these values from the threat of Islam. As can be seen, this differs little form the political platforms of the social democratic politicians themselves.

If the popular right adhere to the values of the establishment, then they will reach no further than these values will allow them. Maintaining the  ideological status quo but with fewer immigrants will not save Europe or Western civilisation. The decadence and destructive forces will remain very much alive in society, whether Islam is present or not. One only need to look at Japan – a first world nation with virtually no immigration – to see that Islam and the immigrants are not the source of Europe’s problems, but a mere symptom. Though the popular Right may not agree with all of the micro values, but if they defend and withhold the macro values the results will never the less be the same. Consider the following example: one cannot refute Feminism (its classical form or the so-called “Third Wave”) since Feminism in all its forms derives and justify its existence from these macro values. Let me be clear, there can be no permanent or effective change in Europe without the overthrow and replacement of these very macro values which have created the conditions for the present situation. Therefore the Right needs a moral framework to base their rhetoric and macro values to base their politics on; this is where Traditionalism enters the picture.

At this moment the Right is growing in Europe, but it lacks a clear direction. They may know what they’re against, but the Traditionalist must show them what they shall stand for. Traditionalists much show the Right that the failures of society comes from within, and if the Right do not cast away the values of the establishment and replace them with new macro values, then they will experience the same repeated failures as the present ruling class. This is were I believe the place of the Traditionalist is: to influence the growing Right and foster a healthy Conservatism which will challenge and overcome the current macro values and replace them. The methods may differ from one nation to another; for some, a Traditionalist inspired party may be in order, for others, a Traditionalist movement outside of the party political system may be used to apply pressure from below. The majority of the established parties of the Right already contains elements hostile towards the social democratic and liberal elite, and this might make Traditionalist activism easier: they will likely be receptive of Traditionalism as an alternative to the current situation a s they search for an alternative vision for the future political paradigm.

The fortress of social democracy and liberalism is crumbling, the Right is tearing it down and it is the role of Traditionalism to build a new one on top of the ruins.¹

– Johannes Ekjord is a student at the University of Oslo, Norway, where he is doing a Master Degree in history.

Johannes Ekjord, “The Rise of the Right in Europe: The Need for Traditionalism” SydneyTrads – Weblog of the Sydney Traditionalist Forum (17 October 2015) <sydneytrads.com/2015/10/17/2015-symposium-johannes-ekjord> (accessed [date]).

The article that appears on this page is the author’s contribution to the 2015 Symposium of the Sydney Traditionalist Forum (STF). The views and opinions expressed in this article are the authors and do not necessarily reflect the policies or views of the STF or its members and affiliates. SydneyTrads is the internet portal and communication page of the STF: an organisation of young professionals who form part of the Australian independent right (also known as the “dissident right”, “outer right” or the political “sidestream”).

Quote of the Week: Bryce Laliberte, “What is Neoreaction”