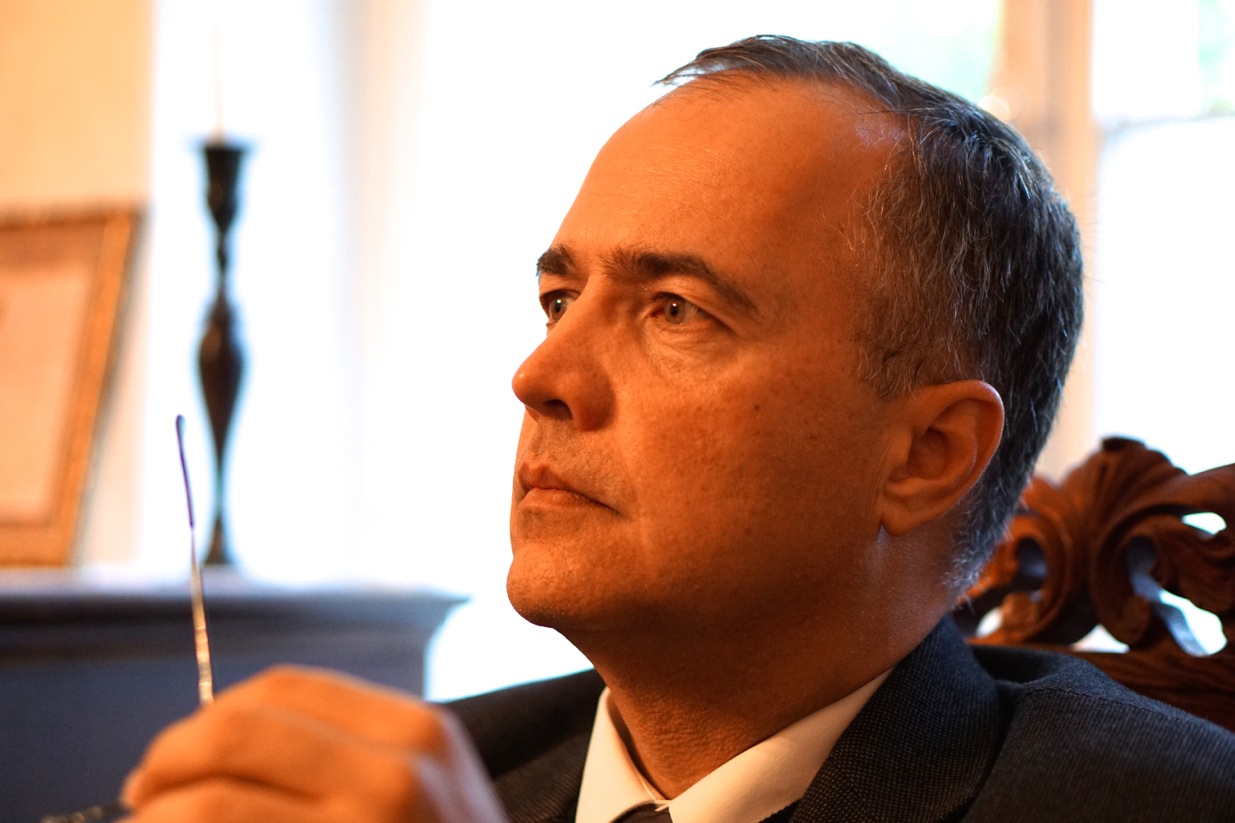 And this happens everywhere. In Spain, the Partido Popular promised to eliminate the abortion law made by the outgoing socialists. But once in power, it did everything to prevent the law from being eliminated. In the United States the more conservative among the Republican Party recently forced the speaker of their House of Representatives out because they were feed up with his pacts and cooperation with the Democrat Party. If we analyse the recent history of conservative parties everywhere, we will find a similar story.

And what are the consequences? The conservative militant is disappointed, disoriented, and prone to abandon the fight. Alternatively, he may be tempted to enter into an alliance with a radical party which defends certain conservative issues in a way that the conservative may not like.

Even in Eastern Europe, where democracy is new, in the 25 years since the fall of the communist regime all the conservative parties have experienced almost identical trends. In Poland, militants of the League of the Polish Families (Liga Polskich Rodzin) were extremely disappointed by their leader’s political conduct; and after obtaining a fantastic 15% of votes in the 2004 European Parliamentary Elections, he failed to get a mere 5% of the votes and enter Parliament in 2007. In only 3 years, this once dynamic conservative party was left without energy. Why?

Well, infighting and internal disputes which are typical for Polish politics, appointing questionable candidates to the wrong positions of influence or authority, expelling the more dynamic members under the pretenses of insubordination, and so on – these are typical obstacles that conservatives encounter every electoral cycle. Future conservative votes in Poland eventually migrated to the Law and Justice Party (Prawo i Sprawiedliwość). But here also, they experienced similar problems, and so again, the traditionalist vote continues to search for its “natural home.”

The so-called “Rainbow Europe” lobby organisation’s rankings for countries in and around Europe.

Take another country like Latvia. There you have a centre-conservative party called Unity (Vienotība) which in their first election obtained an amazing 32% of the votes, but similar problems saw them  quickly lose their political capital; in the next election, they managed to receive only 19% before recuperating some of the lost votes over the next electoral cycle with 22% in the most recent election. But like any modern conservative party, Unity has proven to be yet another classical example of how to disappoint and alienate their base electorate.

In the 2014 elections, the Unity won 23 of the 100 Latvian Parliamentary seats, with even better results in the European elections, gaining with 4 of the 8 seats reserved to Latvia. But among those elected to the Latvian Parliament was the Foreign Relations minister Edgars Rinkēvičs, who, barely a month after the elections, unexpectedly announcing that he was homosexual. In a country like Latvia, this was a shock. Latvia is ranked among the most opposed countries to so-called “gay rights” in Europe. Neither Latvians nor local Russian voters approved of this, and the results were as could be expected.

Of course, Rinkēvičs should have made his disclosure before the elections, and not after, so that the people wouldn’t feel cheated by their elected representatives. But even after his declaration, the Party nevertheless left him as Minister, trying to appease the powerful media which reacted to this as could be expected. Those who voted for Unity expecting them to represent the typical conservative Latvian obviously felt let down or betrayed, and as the polls show, the conservative vote will once again shift to another party.

The media plays  an important role in how conservative candidate and conservative ideas are stifled in public debate – this is especially true when the dominant ideology of the press is of the left. The mainstream news rarely reports on issues without editorialising or presenting facts in a selective or distorted way. Sometimes, those who the voting public rely upon to provide them with impartial news, actively keeps significant information from coming the the people’s attention. One recent and dramatic example from Poland was the violent attempt by a popular television current affairs host, Monika Olejnik, to snatch a photograph from the hands of one of her interviewed guests. The photograph showed the result of unrestrained Islamic immigration into Western Europe, and the guest was warning the Polish audience not to allow our political class to make the same mistakes as countries like France and Germany – but of course, inconvenient facts are not permissible in a so-called ‘democratic’ and ‘liberal’ state. 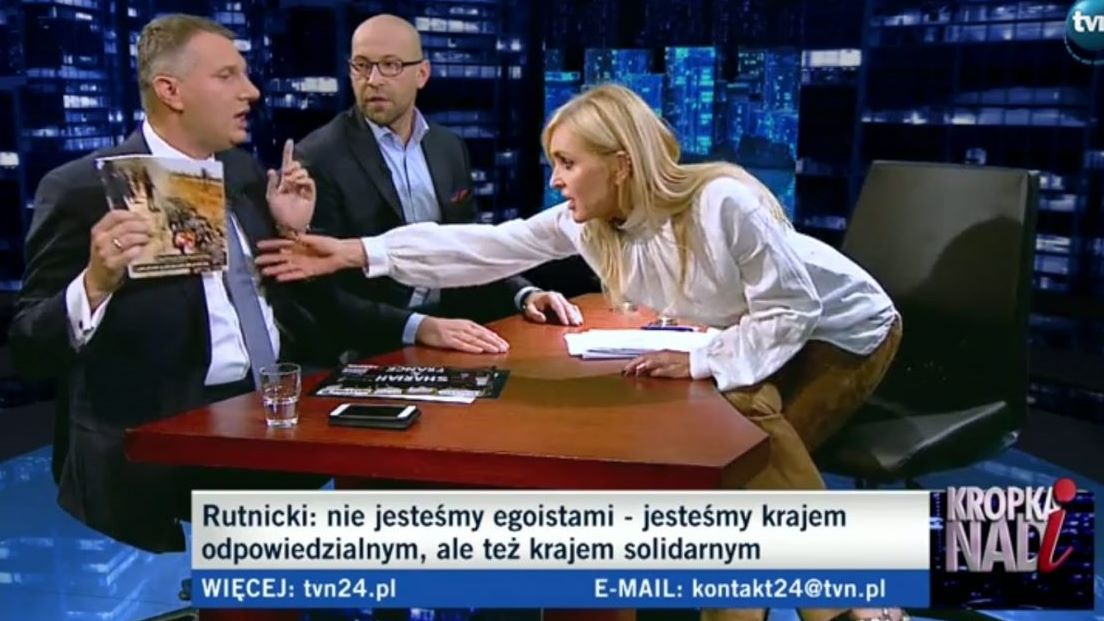 The media has long ago stopped representing truth, and has failed to ensure that politicians are kept honest. They are largely responsible for the poor state of politics  in Central Europe  and the difficulty of conservative parties as they struggle to be heard.

So, the question for a conservative is: what to do? On one side we have parties that systematically disappoint their voters, on the other hand, we see the emergence of parties that are openly extremist, that might represent a “cure worse than the disease” or what we can call a false-right mentality. “False-right” because to be in favour of violence and anti-aristocratic views is historically a mark of the socialist and revolutionary mentality. Extremists that are motivated by destructive energies will not have the dynamism to create what the left has destroyed.

So, what do we propose? Perhaps forming a new party may be the answer? In general, at least in Central-Eastern Europe, the laws are very restrictive to the creation of new parties. While this can technically  be accomplished, securing the necessary finance will be almost impossible. Perhaps traditionalists may prefer to emigrate to a false-right party? This is not a real option for us, because that is the best way to destroy what we want to keep  – we must learn from the mistakes of some of the interwar conservative revolutionaries who joined with forces that lead our continent and civilisation towards death, destruction and cultural annihilation.

Then what? Perhaps the only other compromise option is to form a group inside the existing conservative party, and to ensure that the traditionalist group systematically denounce the treason of the faux conservative leadership. The present leadership is more or less deaf to the voters outside the party because they are easily mislead or lied to by the media, but it can be very sensitive to an organized opposition inside which puts pressure against the opportunistic politics of betrayal. If a conservative leader claims he represents his voters, he must be held to account by his base within the party structure. No conservative leader wants to be seen as a leftist infiltrator or someone who has an agenda different from or hostile to the official conservative one. If he fails in this responsibilities as a conservative, that should be the end of his political career.

In general, I have noticed a resurgence of the conservative mentality everywhere. There have been too many elusive utopias, too many political experiments, too many flawed ideologies, and a good number of people only want the incessant social experiments to “stop” in the sense of being able to keep the fruitful traditions, and refrain from interfering in the familiar ways of life. The socialist parties in Europe are in open decline, and evidence of this can be seen everywhere. Even the Scandinavian countries have shown signs that they no longer want to vote for them with the same enthusiasm as they once did.¹

Our false leaders are the socialist’s and the leftist’s most valuable allies. They must first be removed before any real political progress can be made in the Culture War. Let’s get rid of them and then, yes, we will feel at home in the existing (but rejuvenated) conservatives parties. If not, we will be the perennial foreigners, aimlessly moving from one political party to another without achieving anything substantial in our present struggle.

– Valdis Grinsteins is an international activist working with the Tradition Family Property organisation founded by Plinio Corrêa de Oliveira. While Valdis is predominantly based in Eastern Europe and South America, on those occasions he has visited Australia he has had a close working relationship with the Sydney Traditionalist Forum and local reactionaries in the Sydney region.

Valdis Grinsteins, “When a Conservative Feels the he is a Foreigner in his own Home” SydneyTrads – Weblog of the Sydney Traditionalist Forum (17 October 2015) <sydneytrads.com/2015/10/17/2015-symposium-valdis-grinsteins> (accessed [date]).

Quote of the Week: James Allan, “Democracy in Decline”