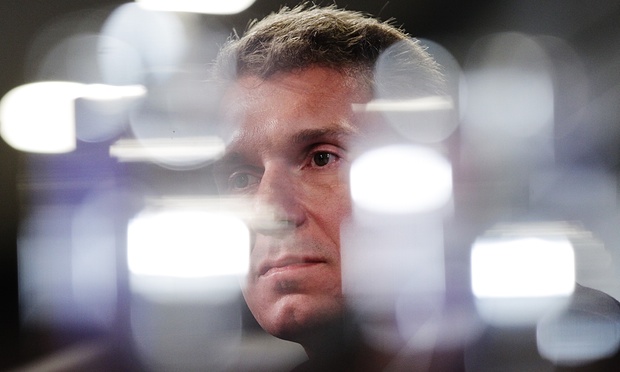 In 2015, STF published its first symposium. The theme: ‘Quo Vadis Conservatism; or, Do Traditionalists have a Place in the Current Party Political System?’1 Some of its contributors agreed that, despite its manifold weaknesses (Malcolm Turnbull’s coup against Tony Abbott was still freshly smarting), we could do no better than to hold our noses and vote Coalition as we always have.

I wonder if the consensus would stand today. For the first time in recent memory, the orthodox Right has not two, but three viable choices. Many nationalists will throw in with One Nation; meanwhile. More Tory- and religiously-minded voters will cast their lot with the Australian Conservatives. And there’s a compelling case to be made that the Libs and Nats remain the best of a pretty good lot, particularly if one doesn’t live in Queensland or South Australia. It should be said, though, that voting for the Coalition is unlikely to shed that nose-holding quality. That’s simply the nature of a broad church. The cost of building a governing majority is rendering it impossible for any single voter to toe the entire party line. More often than not, that line contradicts itself from one branch to the next. Case in point: the de facto Liberal position on the monarchy isn’t the same in Warringah as it is in Wentworth.

Yet, gracious as some of the Australian symposium contributors were in standing by Turnbull back in 2015, the favour hasn’t been returned. As Gerard Henderson observed in The Australian:

The Prime Minister’s education changes, announced with little warning on Wednesday, have the potential to disrupt what has become an essentially bipartisan approach to school funding. Moreover, the policy appears to interfere with the autonomy of the Catholic education system as ­administered in the various archdioceses and dioceses throughout Australia and guaranteed by ­recent Coalition and Labor administrations.2

The PM couldn’t have chosen a worse time. While Catholics are by no means unanimous Liberal voters, and while the ‘Catholic Right’ faction has never dominated the party room, their loyalty has been repeatedly tested since Turnbull’s coup. Both the pro-market Bernardites and the smaller Santamariaist elements of the faction were strong Abbott supporters. And Senator Bernardi’s defection made a mass exodus all but inevitable. If just one prominent Lib or Nat from another state (Christensen? Abetz?) had followed him, we could’ve reasonably expected the Coalition to collapse entirely.

Why, then, would Turnbull risk this critical and already-anxious demographic? Of course, despite the fact that the PM is himself Catholic, we know well enough that his faith doesn’t drive his politics. He’s a secularist and a free-marketeer at bottom. Is he repeating his 2009 attempt at political suicide, putting his own agenda before party unity? Is he proving once again that he doesn’t have the wherewithal to lead a broad church?

Now, we should take seriously the fact – it is a fact – that Australia is better under Turnbull than it would be under Shorten, if marginally. But never in the history of the Liberal Party have conservative leaders so thoroughly alienated the centrists. It’s always the other way around, here under Turnbull as it was under Fraser. And we all know the reason why: liberals and progressives will gladly walk if they feel they aren’t being sufficiently pandered to. The brief life of the Australian Democrats was enough to teach Coalition bosses that moderates are crucial to their governing majorities. Conservatives? We just take it on the chin.

Enough may finally be enough. Dissident Rightists could finally to resolve to break with the Coalition and pursue their own interests. If they take refuge with the AusCons and One Nation in the next election and cost the Liberals the election, that will be the end of the party of Menzies. A new coalition of traditionalists, nationalists, and agrarians will coalesce around the corpse of the Turnbull government.

Unless PM wants to go down as the man who destroyed the Liberal Party, he’d better start kissing some popish behind. His meeting with President Trump might give confidence to some nationalists, but traditionalist voters don’t have an equivalent figure for the PM to schmooze. We’ll hold out for results – some proof that the centrist leadership doesn’t agree with Mark Textor’s infamous claim that, “The qualitative evidence is [we] don’t matter.”3 It’d be a shame if we had to prove them wrong.

Still, that may not be enough to save the ol’ “broad church”. Even in those countries where populists have triumphed over the establishment, it remains to be seen whether Humpty can be put back together again. With the liberal Kushnerites threatening to edge out the Bannonites in Trump’s White House,4 and the French Right split (perhaps irreconcilably) between Fillon’s conservatives and Le Pen’s nationalists,5 the great realignment is ongoing. This is a very, very big fire Turnbull is playing with – one that’s threatening to consume the entire Western world. He can’t put it out by himself, of course, though I can’t for the life of me work out why he’d choose to stoke it.

Quote of the Week: Quintin Hogg, “The Case for Conservatism”