We in the “Dissident Right” have routinely declared that progressive leftism’s internal contradictions renders modern liberal statecraft fundamentally unsustainable in the medium to long term. For that, we are constantly denounced as being on the “wrong side of history.” Fine. We are resigned to being constantly ignored, defamed and denounced by both the official left and the controlled opposition of its faux-conservative financial enablers. We are happier still to allow the facts to speak for themselves — even if violently, since violence seems to be the only thing to get liberals’ fleeting attention — so long as we can remind both wings of the mindless establishment — the oh-so-brave purveyors of doctrinaire tolerance-at-all-costs — that they have always been on notice: we have routinely warned them about the potentially suicidal consequences of their disaster-courting policy positions. Of course, our warnings have been ridiculed, or or fallen on deaf ears.

And now, in the largest terrorist attack on US soil since 11 September 2001, over fifty homosexuals have been murdered and fifty others injured by a militant adherent of an alien religious cult whose growing presence in Western lands has been tacitly approved by the entire mainstream political spectrum. If only our “moral and political betters” had listened to more sober minds over the last several decades, rather than maintained their fanatical commitment to utopian fantasies that at once reject all normative morality while also encouraging the indiscriminate migration of the most illiberal ideologies into the heartlands of the West, the major capitals of North America and Europe. Today, they can no longer plead ignorance. Only incompetence is left as a feeble defence against the world they themselves have created, whether intentionally or recklessly.

This latest act of terror in the United States illustrates the perfect storm that aging hippies of our governing class have wrought on our civilisation. On one end, the victims: an organised group of the emotionally confused, now regimented into one of the most powerful electoral blocs and political lobby groups presently flexing its muscles within America’s hyper liberal democracy. On the other end, the perpetrator: Omar Mateen, a jihadi whose own declarations of intent are ignored by the good-thinkers of the multiculti industry, and whose act of terror is instead explained as the result of “mental problems”. Unfortunately for the leftist commentariat, both victim and perpetrator are representatives of protected classes, which in their own way have been endeared to the ayatollahs of political correctness. Grief for the victims cannot be dampened by pointing to their “unearned privilege”; the perpetrator showed no signs of affection for Confederate symbols, indeed, he was a registered Democrat and faithful to the Religion of Peace.

But the progressive reaction to the fruit of progressive social reform has been predictable: of course Omar Mateen cannot be labeled for which he is — a Daesh sympathiser applying the dictates of his religion to the letter — instead he has been spun as somebody filled with “hate” who beat his former partner and was overwhelmed with homophobia. The terror attack being thus spun as a the result of a chauvinistic, bigoted, misogynist mindset, a liberal press has attempted to save the narrative by framing this avoidable tragedy in terms that permit the further promotion of leftist agendas: “gay rights”, “problematic masculinity” and the like. Questions cannot be raised about immigration and the impact of Islam, Shariah and Wahhabism in the West. Instead, this is another event in the history of the struggle of women and gays against “intolerance”.

Yet these attempts are feeble because both groups (Western liberals and their increasingly assertive illiberal non-Westerner neighbours) are equally uncompromising in their demands. There is no reason to believe that a coming rift between the two dominant factions of Cultural Marxism can be avoided in the long term. Two armies of the allegedly oppressed will eventually march against each other, vying for primacy in the politically correct cannon of secular sainthood: “Sacred Sodomy” will pit it self against “Sacred Diversity” in a struggle over the spoils of what has been left of pre-social-revolutionary Western society. Only the most persistent and fundamentalist seems likely to prevail.

So now we ask: on which “side of history” was Omar Mateen on? On which “side of history” were the 100 plus victims of his religious praxis on? What exactly would be the right side of history given recent events of comparable significant in Europe? We hear renewed calls, now prattled off like mantras of modernist salvation, for greater “gun control” in the United States. Did greater “gun control” protect the victims of the Islamist hijra in Paris and Brussels? Could “gun control” be any more stringent in the capitals of progressive Western Europe? Equally vociferous are declarations of Omar Mateen’s “disturbed” state of his “mental health”. But if Dylan Roof’s Confederate sympathies were to be held against him, why not Omar Mateen’s registration to the Democratic Party? Furthermore, how long can the coalition of those whose only ties are a common hatred of traditional civilisation last before the contest for the soul of the West becomes a tripartite battle between domestic degeneracy, foreign cultural irredentism and those who are happy to be on the “wrong side of history”? 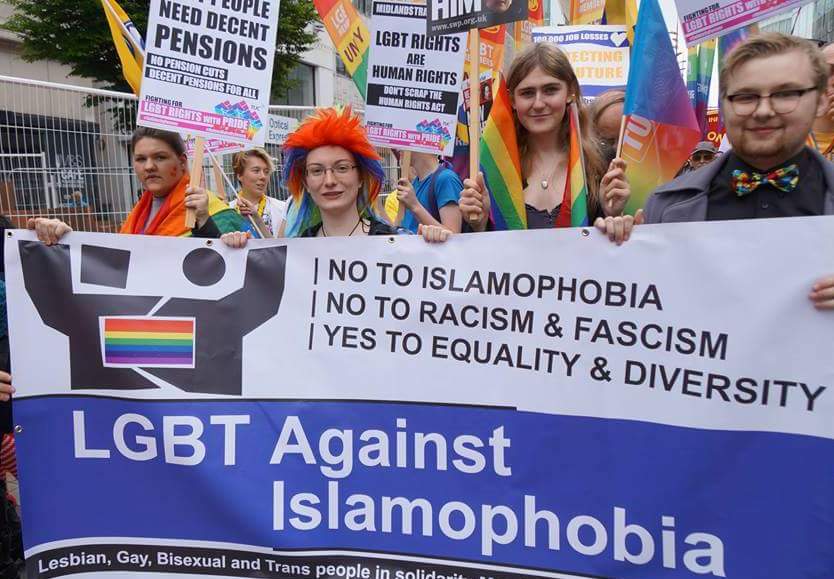 Auto-annihilation in action, a.k.a. the “right side of history”.