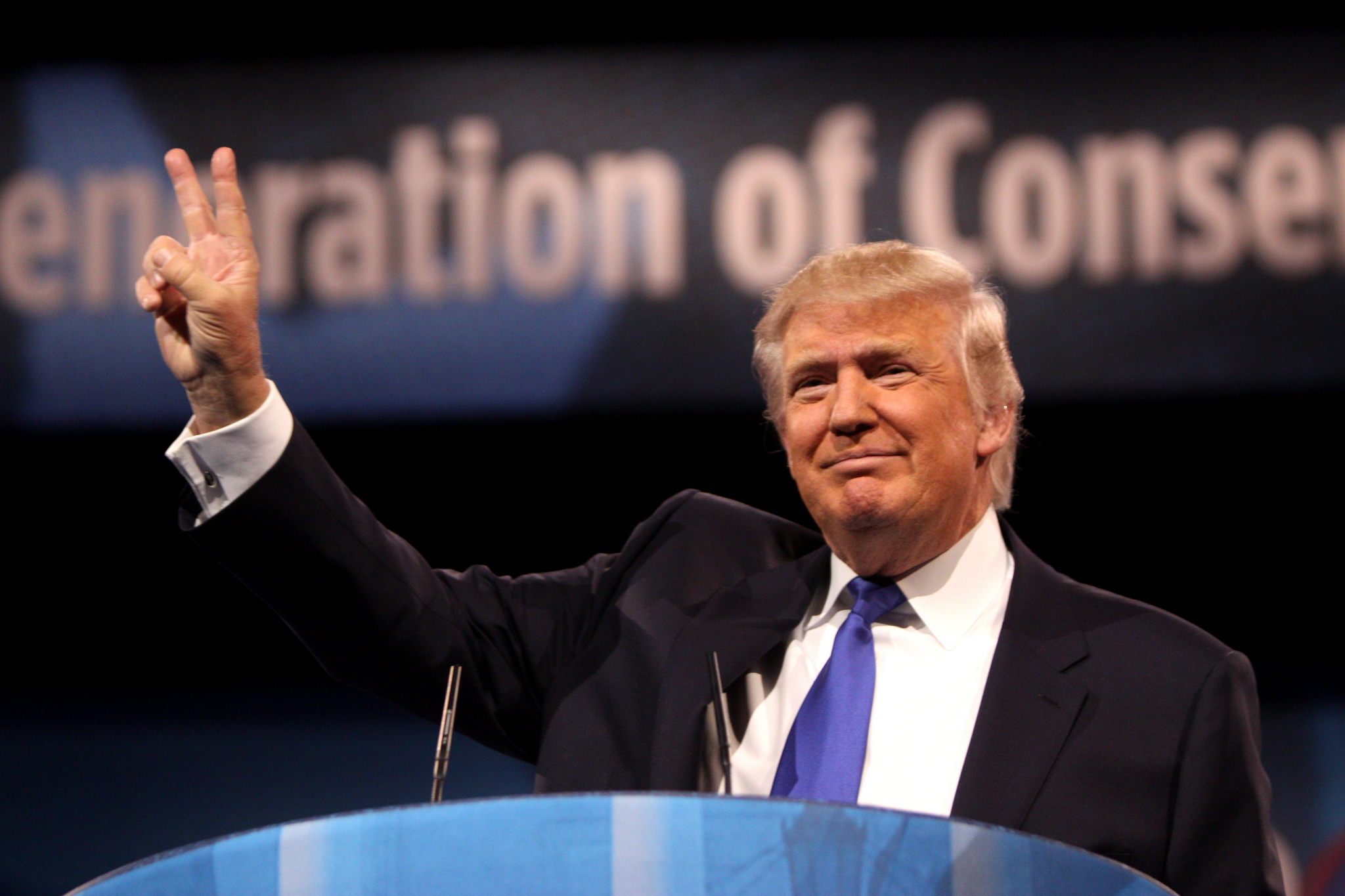 In a recent post for The Spectator Australia I signaled the end (perhaps prematurely) of my willingness to put up with the endless stream of disappointments issuing forth from the Trump White House:

I thought Trump was a promising step back in the direction of traditional conservatism. Anti-market fundamentalism. Anti-adventurism. Pro-nation state. And I still think that those ‘impulses’ will save the West. It mystified me that eminent trads like Roger Scruton and Peter Hitchens didn’t share my optimism. Maybe that was silly.

I can only interpret the Trump phenomenon from my own perspective, but I think… many others are frustrated that Trump didn’t stumble into their preferred worldview – if not the Burkean than the Reaganite, or the Jacksonian, or the what have you. Glancing around the room, we saw that so many Americans shared our frustrations/‘impulses’ (Trump included) and assumed they’d propose the same solutions.

Vanity of vanities; all is vanity.1

Is this true of the wider ‘unaligned Right’? I sincerely wonder. Many SydneyTrad members, kindred organisations, and even the Edmund Burke Society2 were pretty gung-ho about his victory – perhaps for the same reasons I was. Some peeled themselves off the Trump Train after his airstrike on Syria; others saw the writing on the wall and decamped as soon as the Kushner faction replaced the Bannon faction as Oval Office gatekeepers.

Anyway, it reminded me of a piece by Hitchens where he laments the disappointments of Thatcherism:

I am so sorry now that I fell for the great Thatcher-Reagan promise. I can’t deny that I did. I believed all that stuff about privatisation and free trade and the unrestrained market. I think I may even have been taken in by the prophecies of a great share-owning democracy. 3

Read the whole thing, if you haven’t. It’s classic Hitchens: melancholy, romantic, and utterly uncompromising. And few traditionalists, I think, would disagree with his conclusion that Thatcher was a false messiah. A capable stateswoman, perhaps, but not a messiah.

Maybe the Trumpian moment will serve as that loss-of-innocence moment for a new generation of traditionalists. Maybe it’s inevitable that we sink into Hitchens’s signature pessimism. Come to think, Sir Roger4 and le Derb5 have both written eloquently in favour of doing just that. Perhaps we should’ve listened to them.

Shifting gears a bit: this all brings me back to the idea of dispositionalism. It’s generally used as a term of abuse in conservative circles, and came to prominence during the early days of Trumpism. It was used by more hardcore, guerrilla-types to dismiss charges that “Trump’s not a real conservative because he’s an inarticulate, ostentatious boor.” And, granted: this charge was usually levelled by disingenuous establishmentarians.

But maybe there was something to it. I’ve been pouring over the great traditionalists on the subject of Trump, trying to figure out where it all went wrong. Which warning did we fail to heed? Where are the signs we ignored? Many were, come to find, dispositionalist – but not as we’ve come to expect. Just over a year ago Hitchens wrote:

I am amazed to find some conservatives enthusing about this person, who until quite recently was a keen defender of abortion, a donor to Hillary Clinton’s senatorial campaigns and to the Clinton Foundation (Mrs Clinton attended Mr Trump’s Palm Beach wedding, in 2005, to his current wife, Melania, and ex-President Bill came to the reception).

Likewise, Mr Trump’s personal life, though of course his own business in the modern world, does not exactly conform to the Christian ideal which most American conservatives espouse.

So, whoever may delight in Mr Trump’s advance, I shouldn’t have thought any principled conservative could do so.6

Three and a half centuries ago Spinoza argued that a virtuous government is not a government exercised by virtuous people, but a government that remains virtuous even when exercised by villains. I cling to my belief that Spinoza’s observation – intended as a rebuke to the Calvinist authorities of Holland – remains true of the United States of America, and that America will continue to be on the side of civilization, even with a president who doesn’t yet know what civilization means.7

Now, I realise that the SydneyTrad readership – like the unaligned Right – comprises more than just Burkean traditionalists. Many of you are, I’m sure, not overly enthused by Christian ideals and references to Spinoza. Maybe you think Hitchens and Sir Roger themselves tiresome and fusty. Alas, I can’t speak for you, nor will I try.

But to those traditionalists, I do ask that perhaps we should learn from this debacle going forward. Perhaps we should take ‘dispositionalism’ a bit more seriously – only, we should hold leaders’ dispositions to our standards, not those of the media, political, and financial elites.

No doubt this will prove frustrating. Burke and Scruton (Hitchens less so) are widely invoked by “conservative” elites but seldom heeded. Burke in particular is treated dreadfully, enlisted to support causes like secularism and globalism, which he would’ve found utterly abhorrent. We’re a minority of a minority, badly misunderstood and virtually without influence.

But what’s the alternative? This?

In retrospect, Trump didn’t have to try very hard to get our support. We were, like right-wing ‘outsiders’ across the West, desperate for any leader who’d shake up ‘business as usual’. Well, that didn’t pan out. Perhaps it’s because Trump was too much of a Manhattanite. Perhaps it’s because he spent too long in the Democratic machine. Perhaps he was corrupted by Hollywood. Perhaps he wasn’t serious enough about the Christian (albeit Presbyterian8) faith he professes.

None of which is to say we should despair, as Hitchens does (and which is an entirely different beast than pessimism). Nor is it to say we should reflexively write off all politicians, or disengage from day-to-day politics. On the contrary: this is evidence of nothing if not the need for a program of applied traditionalism: a thorough critique of modern politics, including a set of reasonable and actionable solutions. We can’t relegate ourselves to theory, and outsource the praxis to men like Trump. 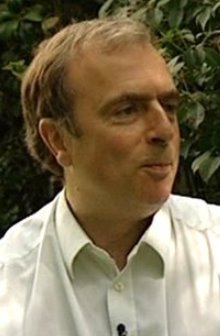 There are groups in Australia poised to do just that, like SydneyTrads and the Ramsay Foundation. Britain has a few, including the Traditional Britain Group and the Cornerstone Group. None, to the best of my knowledge, exist in the United States. But that can be easily remedied.

In summary, don’t sell yourself short. Hold out for someone that adheres to our philosophy and abides by our virtues. Wait for someone who shares our instincts, not just our impulses. The Trumpian impulse – the general fed-up-ness it embodies – is important, but equally as important is how it’s acted on. Our leader should be formed by our values, not vaguely hinting at them. He should be one who’d destroy what we’d destroy, rebuild what we’d rebuild, and preserve what we’d preserve. Again, in retrospect, that decidedly wasn’t Trump.

And what if such a leader never comes along? Then we won’t be any worse off than we are now. But at least posterity might look back and say, “There were men who saw the problem clearly, and knew the way out.”