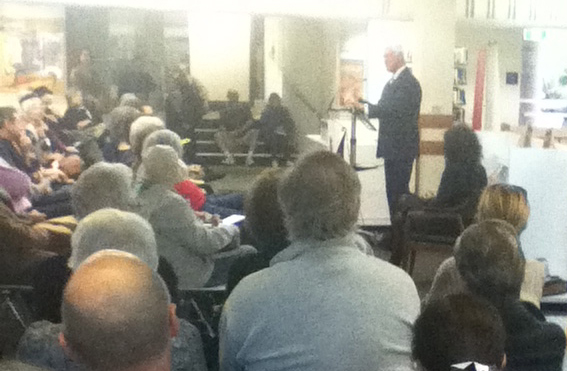 On Friday, 22 June 2012, members of the Sydney Traditionalist Forum attended North Sydney’s Stanton Library for the launch of Bob Katter’s brief history of Australia, An Incredible Race of People (Pier 9, 2012).

Bob Katter, a native Queenslander, has been elected to the Commonwealth’s Senate and House of Representatives as a prominent member of a major political party, an Independent MP, and now as leader of a new movement intended to break the two-party monopoly at a State and Federal level. Katter has had a colourful political history earning him a reputation as one of Australia’s few genuinely maverick MPs and an iconic “rural” politician. While championing the interests of country Australia, he has challenged the ruling orthodoxy of a political elite he views as dominated by overwhelmingly urban, cosmopolitan biases. Katter has therefore been a vocal critic of an elite that is increasingly disconnected from Australia’s traditional history and heritage, and thus increasingly unrepresentative of Australia’s national interest. Katter’s manner and outspoken attitude harken back to an era of unapologetic masculinity and a time when patriotic sentiment was universally understood to be virtuous. Today, he is of course hated or feared by all liberal conformists of the mainstream. 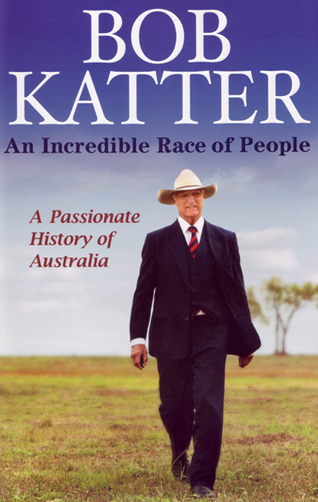 The title of Katter’s book was inspired by a comment made to him at a State dinner in 1988, by Queen Sofia of Spain. Katter was entertaining the King and Queen with a history of Australia’s settlement, how the national character was developed by the struggles and triumphs of early colonial society, when the Queen remarked: “what an incredible race of people you are“. The book is written in six parts roughly corresponding to a period of Australia’s national development: In the Beginning; Australians at War – The Battle for Port Moresby, Gateway to Australia; Walking with Giants; Rise of the Lilliputians; The Rule of Law or Fang and Claw; and lastly, Riding the Lead.

The launch of the book attracted a mix of local supporters, though we noted with some amusement that members of the Sydney Traditionalist Forum constituted the youngest contingent of people in the audience. During the question and answer session, we managed to pose two issues to the author: the ease with which large corporate entities were willing to import foreign labour into Australia in the face high domestic unemployment, and the stifling effect of the dominant two-party system which impoverishes the democratic system by marginalising political alternatives from public discourse.

After the launch of his book, the author was generous enough to invite us to lunch at a local cafe, where discussions continued.

Be the first to comment on "Book Launch: Bob Katter MHR, “An Incredible Race of People”"