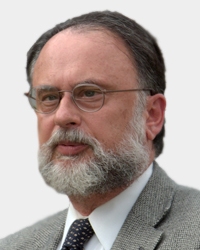 “Henceforth, any project of constructing a global empire would be seen as a second global rebellion against God. Although the punishment for Babel was cancelled at Pentecost, when every man ‘out of every nation under heaven’ heard the Galilean apostles ‘speak in his own language’ (Acts 2:5-6), this was a spiritual and not a political unity. Augustine himself (in the preface to Civitas Dei) told his readers not to believe that the end of all earthly states was at hand but to put their hope in God.

“A Christian’s love for the universal Church was not inconsistent with his duty of obedience to a secular, even non-Christian, ruler (as Paul made clear in the famous thirteenth chapter of Romans). Although the pagan emperor Julian forbade Christians to serve in the army on the grounds that they could not shed blood, this was a slander. In fact, many Christians had served in the Roman army.

“In the Christian Middle Ages, Thomas Aquinas, following Aristotle, compared the power of the king with that of the father and took it for granted that kingdoms were part of the natural order ordained by God. Protestant churches were, for the most part, national institutions that enjoyed obedience and respect for the nation and its rulers, and even the Catholic Church, which claimed universal jurisdiction, did not dispute the legitimacy of nations or nation-states. In the difficult years following the Italian kingdom’s conquest of the Catholic Church’s estates, when the Church forbade Catholics to take part in Italian politics, Pope Leo XIII declared (in his 1890 encyclical Sapientiae christianae) that a supernatural love for the Church and a natural affection for one’s country were ‘twin affections sprung from the same everlasting principle’.”

Be the first to comment on "Quote of the Week: Thomas Fleming, “The Morality of Everyday Life”"