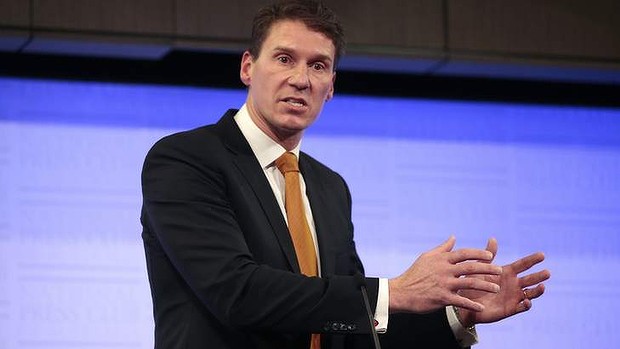 “Many of us are involved in politics because we have an interest in the future of our community […] we want to make a positive contribution to it, and if politics is at its core a public service, we should expect that a sincere and committed politician will have a strong altruistic flair or be motivated by a sense of selflessness that is derived from maybe an idealism that gives their politics substantive content. The fact that this sounds to many of you in this room and possibly many listening as somewhat naive says a lot about the world today. We’ve had scandal, political opportunism, we’ve had cronyism, we had the general bankruptcy of ideas in politics, and this is a problem that sincere politicians struggle with every day. And the public is unfortunately, but perfectly understandably quite cynical about what we as politicians do. […] Public cynicism comes not from what politics could or should be, but rather what it has become when the political arena is occupied by people who have little interest in the maintenance of the public square, but instead chose to use it for the raw pursuit of power and influence. The seeds of this are easy to spot. All too often mediocrity and a lack of conviction are mistaken for moderation, and on the other hand, a commitment of values or actually believing in something is labelled extreme. Public cynicism and apathy is partly due to this confusion. […] Now, I’ve been called many things in my time in politics, and I look around the room and I suspect that many of you have called me those names, but I don’t think that anyone can profess that I’m not sincere in what I profess. Where I thought it was necessary, I have chosen to rock the boat, and I won’t apologise for that. It may not deliver short term success or positive headlines, but I believe it will bring long term results. And I believe that the future of Australian politics will ultimately be determined by representatives who pursue truth rather than what they may see as the safe option.”

Quote of the Week: Enoch Powell, “The Devil Was Sick, The Devil a Monk Would Be.”