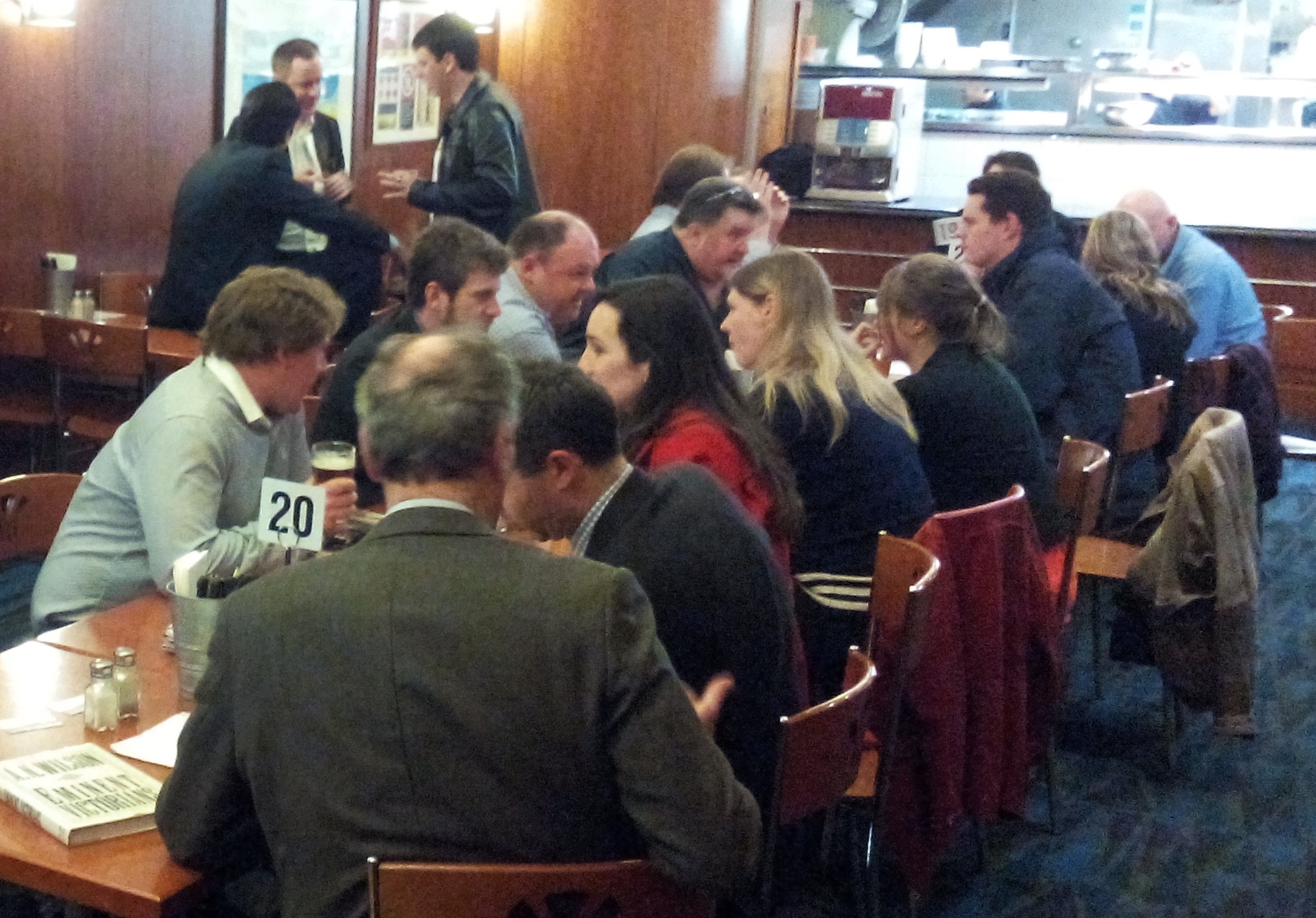 Last Friday, members of the Facebook Group “The Conservative Cave” met for dinner at the Great Southern Hotel, off George Street, Sydney. The online group – which is run by local traditionalists – occasionally meets for a social gathering at which local young conservative activists and non-aligned rightists can discuss current affairs in an informal and collegiate atmosphere.

Regular attendees included the host and producers of Radio Carpe Diem, Sydney’s only paleoconservative radio programme broadcasting on 88.9FM, Mondays 8-10pm, as well as the principal of Social Technologies Inc, who is a friend of the Sydney Traditionalist Forum. Another guest was a representative from the Christian Democratic Party’s Hunter Office who was promoting the upcoming pro-marriage rally scheduled for 20  September 2015. Last Friday’s event followed an extensive hiatus for the “Cave Catchup”, however we were very pleased to see that attendance was at near record numbers, with several new visitors who showed up for the first time; we were further honoured to see several conservatives from other local Sydney networks also arrive later in the evening.

For those interested in attending the next event, we can be contacted via the form on SydneyTrads; your expressions of interest will be forwarded to the Convenor of the social functions.