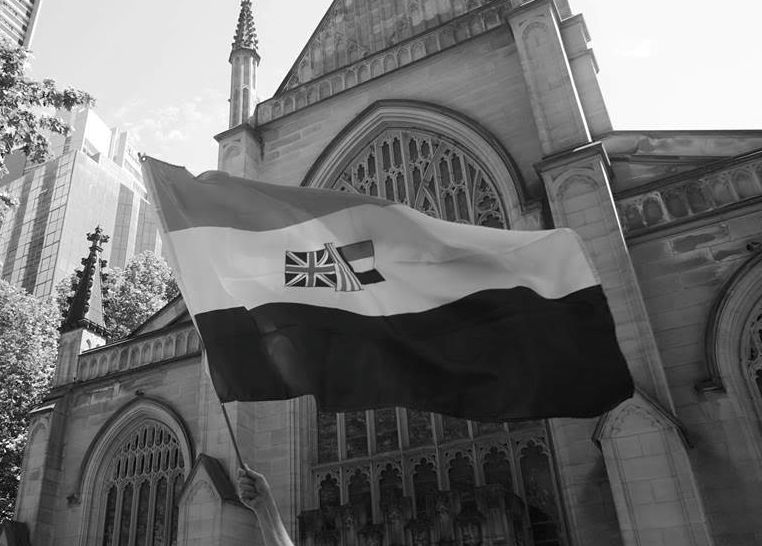 It was a sunny Spring day in Sydney – with the train system malfunctioning, traffic choking the weekend roads and new residential unit towers popping up like weeds wherever industry used to be. It was also Kruger Day or “Heroes Day” being 10 October, a memorial day in South Africa for the fallen Boer. It was a fitting day for a group to stage a rally right in the heart of Sydney to draw attention to the plight of South African farmer. The South African farmer – or should we say the White South African farmer is becoming a rare species.

It is not a matter that is talked about often. It is never seen in the news. It isn’t discussed around the water-cooler. However, the white farmers of South Africa suffer a murder rate that some argue constitutes genocide. Indeed, this apparent targeting of Boers generally appears to exist in a culture where racism against Whites is tolerated, and where some might indicate that institutional support fosters attacks against specifically white men, women and children.1 However, the authorities deny that there is a racial connection, and the Farmer’s Union plays down the racial element so as not to alienate itself from State attention and assistance.2

What cannot be denied is that unlike other parts of the world, where murders rates are significant because of high crime rates, poverty or drug trafficking, the murder of Whites in South Africa has a particularly savage element to it, above and beyond the merely criminal. It reeks of malice and racially motivated violence. Some of the stories are truly horrific: a family brutally clubbed to death – save for the twelve year old son who was thrown into a scalding bath bound and gagged, whist the family dog was disembowelled;3 a whole family cut up with an axe;4 a mother and daughter are raped and tortured seemingly for kicks;5 a man is stabbed 150 times and his wife and child shot at close range6 and other reports include the pouring of boiling water down the throats of an elderly couple and farmers being dragged behind vehicles.7 These are not mere acts of violence incidental to theft or other criminal activity. They are however highly typical of tribal justice meted out in the region.8

At the very least, one would have thought that there have been enough incidents of violence for even the most hardened of human rights activists to take an interest in the situation and perhaps even participate in a rally of the nature of which had been organised by The Party for Freedom in Sydney, earlier today in front of Sydney’s Town Hall. Alas, the rally attracted a range of people from different backgrounds – some neither white nor South African – but none of the usual human rights activists were to be seen. In fact, some people, in spite of the rally standing against the murder of children, with banners to such effect, actually heckled the participants.

Notably, according to one eye witness at the rally, the hecklers were almost exclusively White, middle-class women: “most of the people who yelled at us today were women, and all of them were White. I really don’t understand what they’re going on about. Why should the mass murder of Whites, many of whom are women and children, not be a cause for concern? That’s what we’re protesting about!” Another asked, “do these people think we should be ignoring something that would be a cause of large scale public denunciations if it were perpetrated against, say, indigenous Australians? So it’s OK to treat Whites this way? Is that what I’m supposed to take from the abuse we got?”

We might add, why is it that a picture of one drowned boy (at the hands of his father’s own negligence) moves the world to change the entire immigration programme of the European Union and the Western world, yet the pictures of dead and brutalised children on South African farms means nothing? Likewise, why is it that the government of Australia will take in thousands of refugees from Islamic lands when the population doesn’t want them, yet a family of white farmers will have almost no chance of being regarded as refugees from the very real danger to their lives they live under daily?

It seems that the media silence about the plight of White farmers in South Africa is based on some kind of retributive justice: the whites deserve what they get because of Apartheid. But how do two such wrongs make a right, especially in a human rights context? Why does the media shy away from any deaths of Whites in South Africa yet get right behind movements such as #blacklivesmatter?

Having at least raised these issues in the public forum the rally then moved in slow procession – bearing white crosses – around the Town Hall before calling it a day. No public commentator or politician within the mainstream has yet dared to ask or attempt to answer the above questions, however the attendees at this rally have made it clear that the victims of racism will be remembered, regardless of their race or ethnicity.

The author is a student of politics and a conservative grass-roots campaigner in the Sydney region. 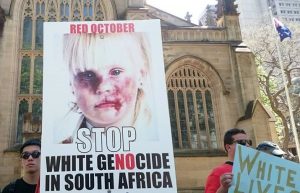 Above: one of the placards displayed at today’s rally showing the young face of one of the victims of racist violence in the “Rainbow Nation”. Judging from the mainstream silence, crimes against her aren’t “newsworthy” enough for our “progressive” media, evidently. 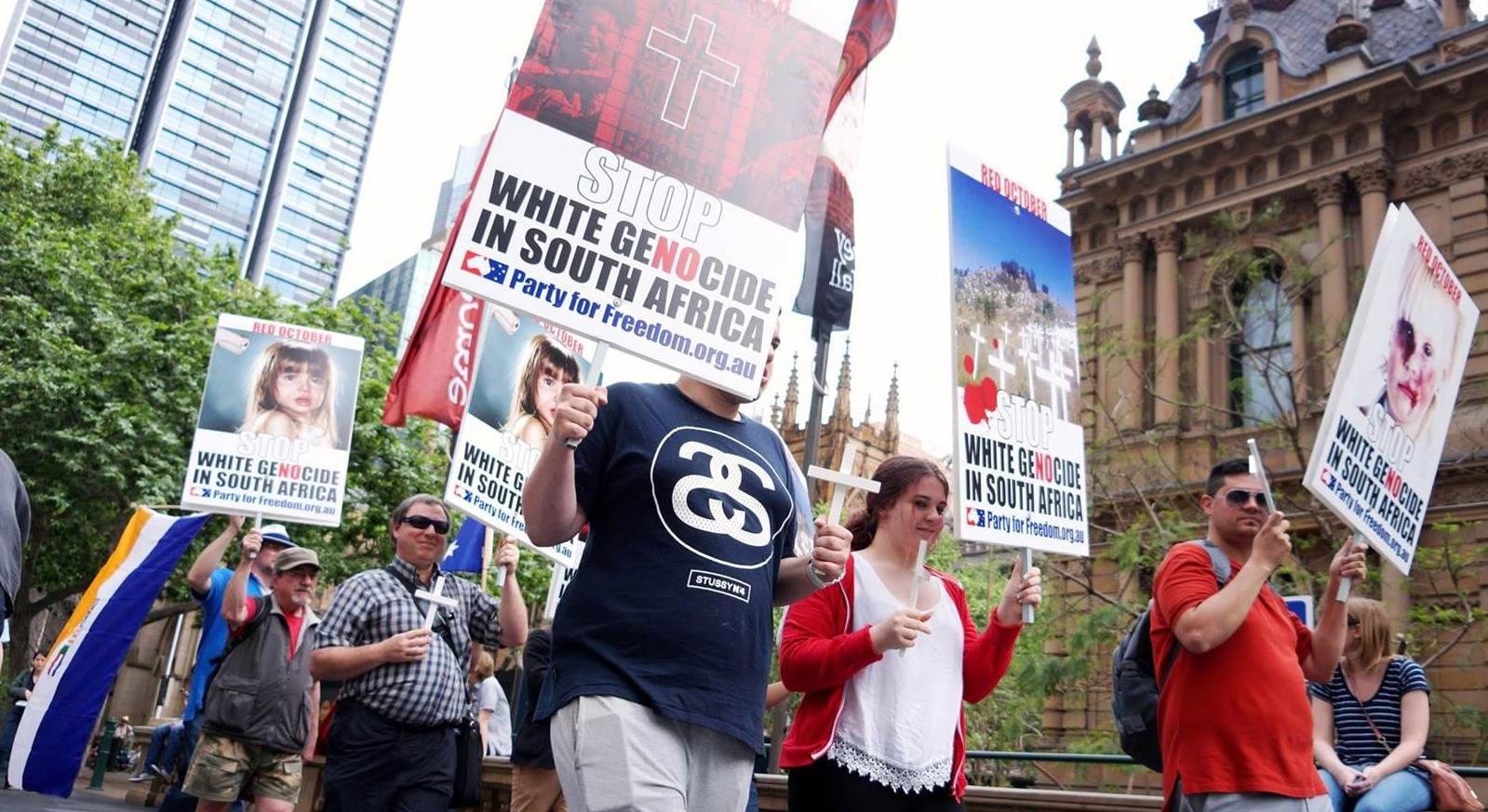 Above: one of the contingents arriving at today’s rally against racist violence in South Africa.

The Year in Review: 2015, Year of the Quickening