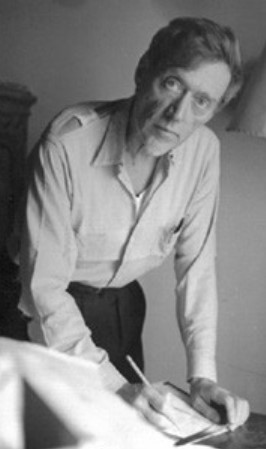 “Conversely, the trade-union movement in the English Speaking world (see pages 84-87) often represents not the massman or Overadjusted Man but an anti-modern, unconsciously conservative protest against massman rootlessness and cash-nexus loneliness; a protest of an essentially medieval, organic spirit of community cooperation and its uncommercial loyalties. […]

“In America today, in contrast with the social inhumaneness and the atomistic cash-nexus of Old Guard Republicans, the trade union serves as conservative a function as Monarchy did in Metternich’s day, even though doing so as inarticulately as any really effective conservatism. […]

“And how much such big-business materialists and socialist materialists resemble each other! They differ on the non-essentials: on economic theory, on the boring wrangle about whether the fat swine or the lean swine of materialism should hog a bit more of the economic trough. But they agree on certain essentials: a mechanistic view of life, utilitarianism, the unpleasant duty of dutiful pleasure-seeking, faith in bigger and better progress, in sterile efficiency, in doctrinaire apriorism. To these goals both sacrifice what the conservative cherishes: all that is warm, concrete, human in in human nature, everything precarious, diversified, unpredictable, unorganised, unadjusted. […]

“The real problem is the compulsion of technics, whether of the capitalist or socialist bigness, to put know-how before know-why. […]

“Many capitalist as well as Marxist materialists assume: culture and freedom depend on progress in economics – or, more broadly, on material social progress in general. But in reality, the causal connection more often works  in reverse order: a society with enough aesthetic and ethical genius to create high cultural standards would also have the genius to create an at least passable economy, even when its economic resources are as wretched as those that accompanied the cultural flowerings of ancient Greece, ancient Palestine. Conversely, societies with vaster economic resources than these two poor and arid countries have starved to death because they lacked the aesthetic and ethical inner genius to face outer material problems honestly and perceptively. Man’s ‘why’ is more important than his ‘how.’”