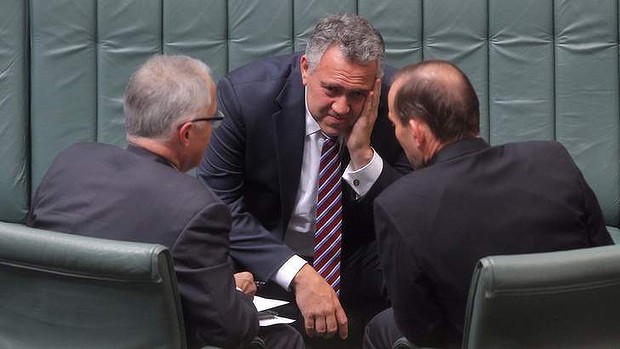 Some fifteen days ago, SydneyTrads noted a not too flattering report by Christopher Carr in which he claimed that conservative voters have been betrayed by the Abbott Government’s hesitation to repeal section 18C of the Commonwealth’s Racial Discrimination Act 1975.1 The section, which criminalises offensive behaviour “because of race, colour or national or ethnic origin” had proven itself to be anathema to freedom of speech and thought as a consequence of recent litigation involving ‘conservative’ blogger and media personality Andrew Bolt. Essentially, Bolt questioned the sincerity of a group of Caucasian Australians who identified as Aboriginal. The media Bolt was working for at the time was taken to court under section 18C by the complainants who claimed that his comments were offensive. It is the position of the Sydney Traditionalist Forum that 18C ought to be done away with entirely by any government which eschews political correctness and values liberty as the highest political and social good instead.

What was interesting to us is that Carr’s report was published in Australia’s only non-Marxist monthly journal of political and cultural review, Quadrant Magazine. Ordinarily Quadrant is associated with intellectual causes and political agenda connected to conservative elements within Australia’s Coalition parties (Liberal and National). The pages of Quadrant tend to be one of the few (if not only) places where such policies and causes can be discussed without the usual slander of the progressive commentariat. It is not often that its writers will so openly and brazenly criticise a prominent Coalition Minister. Indeed, we do not recall the last time this was done in terms as harsh as those used by Carr. Thus, it does not bode well for the Coalition government if the peek intellectual journal for mainstream conservatism is becoming increasingly skeptical about the credibility of the leadership provided by the Prime Minister and Cabinet.

That Quadrant again published a piece online earlier today, this time by long time contributor Peter Smith, titled “How to Lose Votes and Alienate People”, should not go unnoticed by government Ministers.2 It appears that the major media organ for Australian conservatism is becoming increasingly willing to express negative views about a political party which not too long ago was held in the highest regards by its staff, editorial board and supporters: Prime Minister Tony Abbott was one of the guests of honour, together with former P.M. John Howard, at the Quadrant 500th issue dinner in 2013.3 Since then, affections towards the Abbott government have been evidently cooling. In fairness, Smith focuses mostly on Treasurer Joe Hockey’s advocacy of the Federal Budget, but the Prime Minister is no less intimately associated with its details. Smith writes that:

“Charging a Medicare co-payment on ‘widows and orphans’ and then spending all of the proceeds on some fanciful medical research is bad policy. You can’t sell that ‘package’. […] How about sweetening the deal with an expensive paid parental leave scheme? Makes things worse? No kidding! […]”4

Of course, all politics in the modern managerial state have been replaced with economic and purely material concerns. Mainstream conservatism is infected with this Whig-Marxist pathogen as much as its opponent further left on the political spectrum. It should therefore come as no surprise that Smith’s criticism is entirely couched in fiscal terms. Be that as it may, strangling the statist Leviathan does have a positive influence on the traditionalist agenda: without the centralist welfare state, progressive programmes and the theology of cultural Marxism itself would wither away over time, driven to bankruptcy without the parasitical reliance on its host’s patronage.

The Sydney Traditionalists have frequently criticised ‘mainstream’ conservative voters’ knee-jerk support for any and all Coalition candidates at election time. Many within the conservative grass-roots seem to be under the deluded impression that the Coalition somehow represents a conservative force in Australian electoral politics. Although many of the politicians who are members of or gravitate towards the Coalition tend to oppose the excesses of socialist and social democrat policy, this does not necessarily make the Liberal-National parties the natural home for traditionalist voters. This is becoming increasingly obvious with each passing month of the present government’s administration. Unfortunately for them, they do not seem to be learning from their mistakes. Before threatening to vote informally at the next election, Smith writes: “[m]ostly you can hear doors banging, as the votes float away.”5 Indeed.